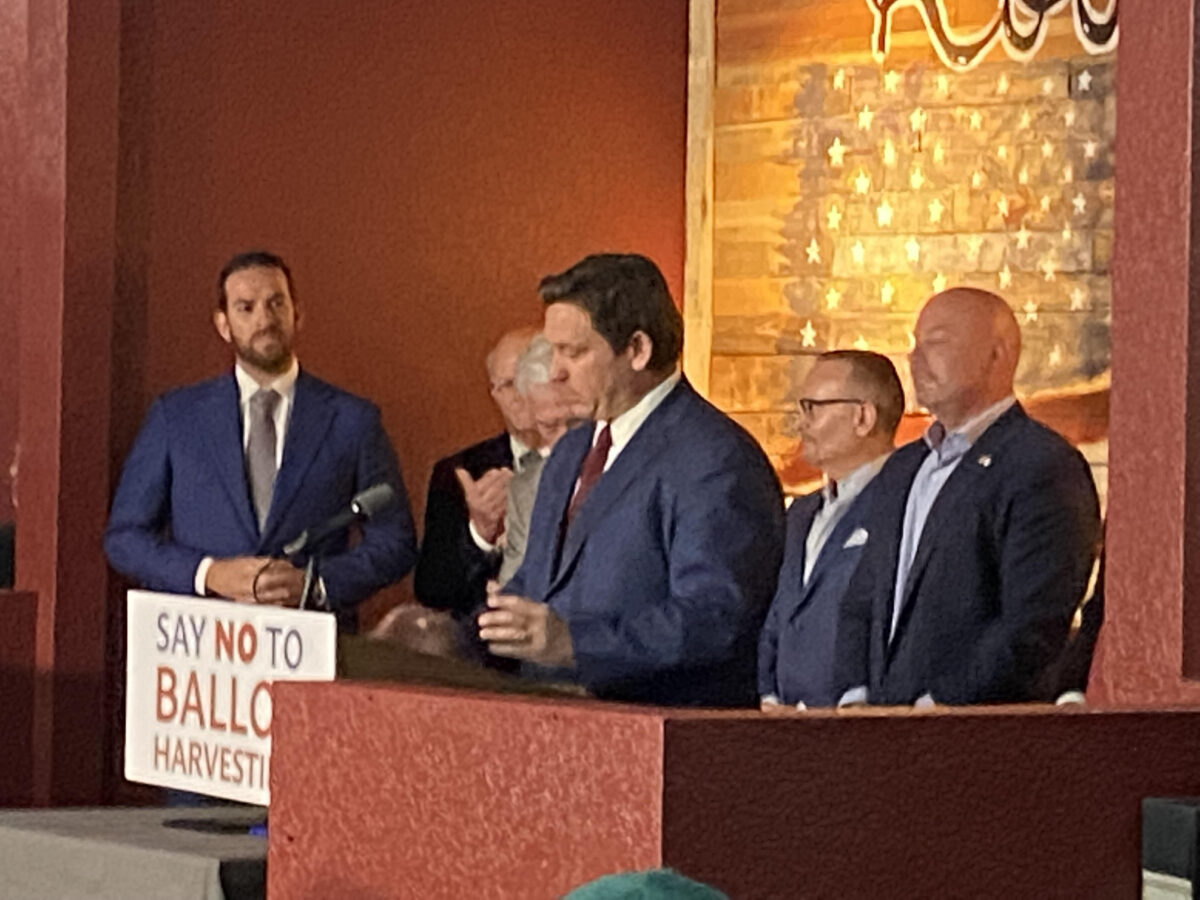 DeSantis announces “the state of Florida has charged and is in the process of arresting 20 individuals across the state for voter fraud.”

At a press conference that began at 2:43 p.m.in Fort Lauderdale on Aug. 18, Flordia, Gov. Ron DeSantis—backed by no less than 15 law enforcement officers and flanked by Attorney General Ashley Moody, Secretary of State Cord Byrd, Department of Law Enforcement Acting Commissioner Mark Glass, and Election Crimes and Security Office Director Peter Antonacci—announced that 20 people have been charged with voter fraud and are in the process of being arrested.

“The majority of these people illegally voted in Palm Beach, Broward, and Miami Dade, although there are others in other parts of the state,” DeSantis said. “These people voted illegally in this case and there are going to be other grounds for other prosecutions in the future. They are disqualified from voting because they have been convicted of either murder or sexual assault and they have been disfranchised under Florida Law,” saying Amendment 4 of Florida’s Constitution specifically cites sexual assault and homicide as convictions precluding someone from having an “automatic restoration of their voting rights.”

“They did not go through any process. They did not get their rights restored. Yet they went ahead and voted anyways. That is against the law and now they’re going to pay the price for it. So they will be charged, they are being charged and arrested today with election fraud. This is a third-degree felony in the state of Florida. They could face a $5,000 fine and up to five years in prison for illegally voting in our elections.”

DeSantis also said there are “investigations ongoing into people who have voted in two different jurisdictions” and there “will be prosecutions” on that. Others who have voted are known to be illegal aliens.

He added that ballot harvesting is now illegal in Florida and will be monitored.

To make sure Florida’s election laws are “vigorously enforced,” DeSantis said they are “ensuring that all the records from the recent election of 2020 are reserved and that they are currently conducting “ongoing reviews at the state level.” Notice has been sent to all 67 supervisors of elections that they need to preserve all documentation until these audits are completed.

During his comments, Glass said “these voters didn’t just attempt to vote, they actually voted. To that end, we do everything in our power to ensure that those who cannot legally vote, never cast a ballot.”