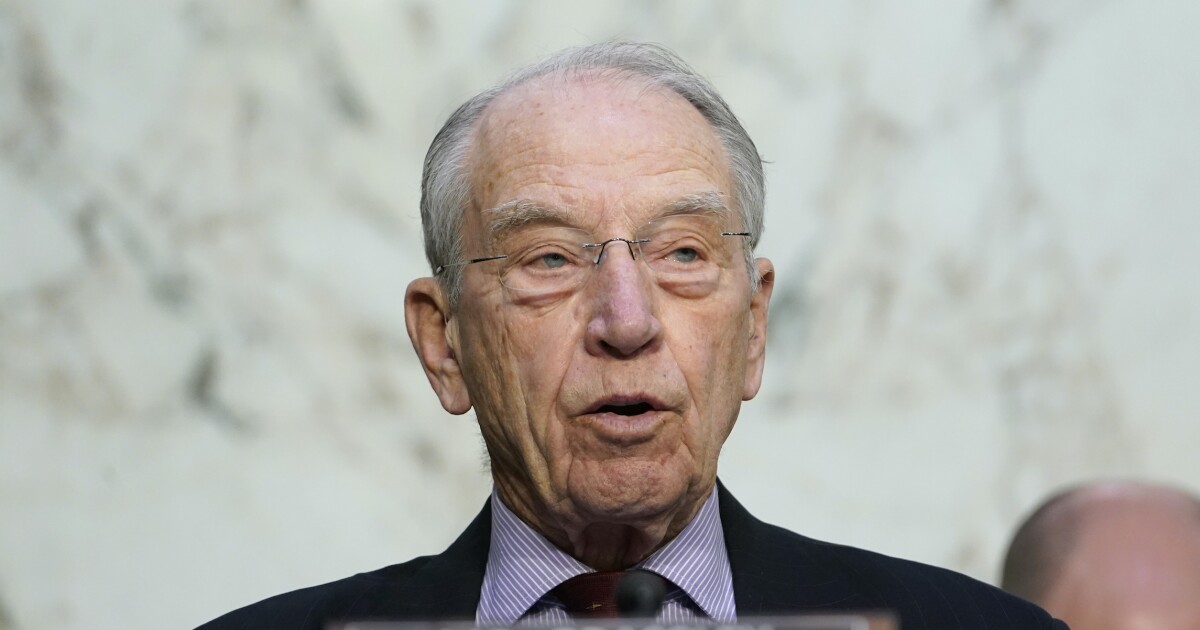 Sen. Chuck Grassley (R-IA) , a longtime abortion opponent, argued this week it would be unconstitutional to criminalize interstate travel for those who cross state lines for abortion .

After the Supreme Court ’s decision last month in Dobbs v. Jackson Women’s Health Organization struck down its previous ruling in Roe v. Wade , several states moved to ban or restrict abortion, prompting some abortion rights activists to argue women who travel to other states for abortions or those who travel with them may be at risk of prosecution. It’s an argument some abortion opponents, including Grassley, disputed.

“We cannot stop people from traveling anyplace they want to,” Grassley told reporters Wednesday, according to the Des Moines Register . “It’s a constitutional issue and a freedom.”

No state has enacted any such measure restricting travel for abortion, even states that have banned or restricted the procedure since the ruling. In a concurring opinion to Dobbs, Justice Brett Kavanaugh wrote that he would not see such efforts as constitutional, given the “constitutional right to interstate travel.”

The House on Friday passed the Ensuring Access to Abortion Act, which would ban states from criminalizing those who travel out of state for an abortion. The bill’s approval came minutes after the House again passed a sweeping abortion rights bill, the Women’s Health Protection Act , although neither bill is on track to pass the Senate .

A similar bill, the Freedom to Travel for Health Care Act of 2022, was blocked in the Senate earlier this week.

Sen. James Lankford (R-OK) objected to a request from the bill’s authors for unanimous consent to pass the legislation. He argued in remarks on the Senate floor, “To be very clear: No state has banned interstate travel for adult women seeking to obtain an abortion. No state has done that.”