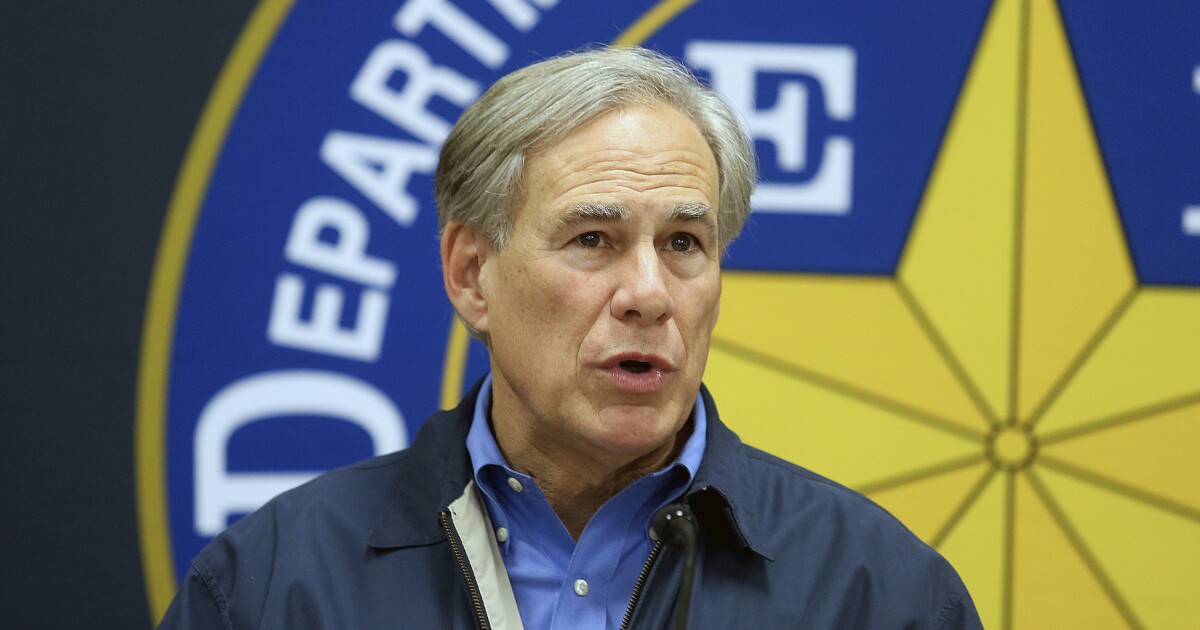 The White House hit back at the Republican governor of Texas on Friday for directing state military and police forces to arrest and transport back to the southern border anyone suspected of illegally entering the United States from Mexico.

Gov. Greg Abbott, who is seeking a third term in November, authorized Texas National Guard service members and Texas Department of Public Safety officers on Thursday afternoon to take custody of illegal immigrants encountered between the ports of entry and “return those illegal immigrants to the border at a port of entry,” his new executive order reads.

But that doesn’t sit well with the Biden administration.

“Immigration enforcement is a federal authority,” White House press secretary Karine Jean-Pierre said in response to a reporter’s question. “States should not be mandating it, meddling in it. Especially Texas Gov. Abbott, who has a track record of causing chaos and confusion at the border.”

Abbott and Biden have sparred over border issues since the president took office in early 2021. The White House ripped Abbott’s inspection policy at the Mexican border in April and described his plan to bus migrants to Washington as a publicity stunt.

In turn, the Texas governor has sharply criticized Biden’s immigration policies, most recently blaming him for the deaths of more than 50 migrants found in an 18-wheeler.

In the most recent case, Abbott said he chose to act suddenly after 5,000 noncitizens were apprehended illegally crossing into Texas from Mexico over the holiday weekend.

“While President Biden refuses to do his job and enforce the immigration laws enacted by Congress, the State of Texas is once again stepping up and taking unprecedented action to protect Americans and secure our southern border,” Abbott said in a statement.

The move will likely see opposing legal action, which Jean-Pierre was asked about during the news briefing.

“I was wondering if the administration is planning any legal response and if you’ll prohibit the National Guard from participating,” the reporter asked.

She did not answer the question directly, but reiterated that the issue is handled at the federal level.

“I would refer you to the Department of Justice on any legal matter,” Jean-Pierre said. “But again, immigration enforcement is a federal authority.”