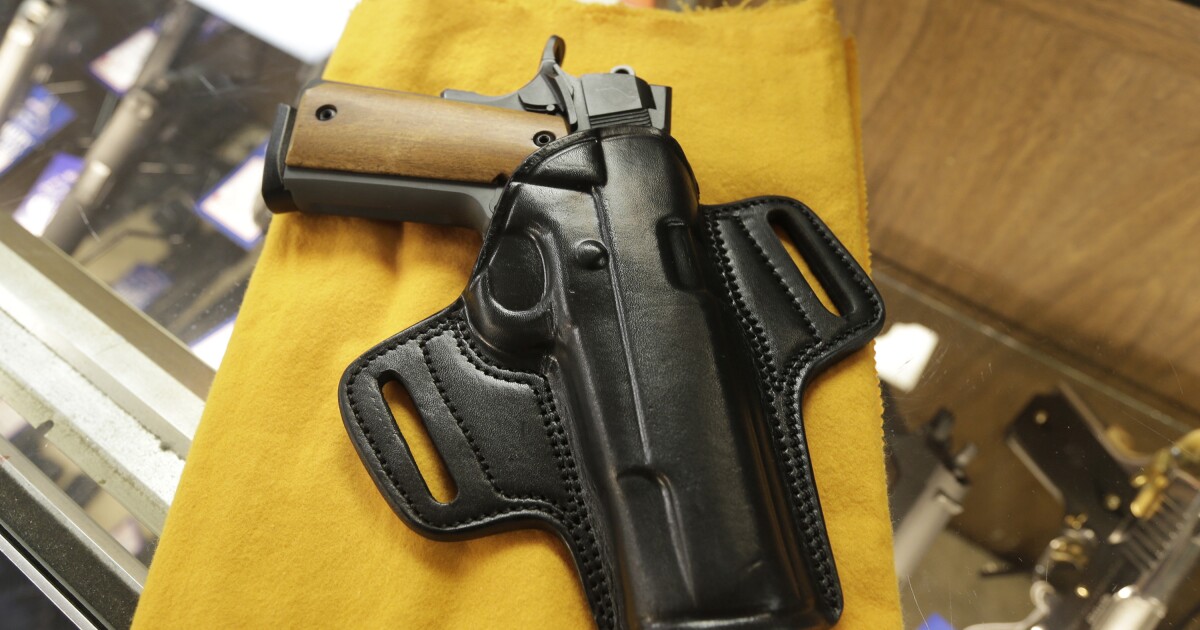 (The Center Square) – A new California law that limits firearm marketing to minors is facing legal challenges from sporting associations and gun rights groups – representing what could be the first of several legal challenges brought against new gun laws in the state.

A group of guns rights organizations and shooting sports associations are suing to block a new law that prohibits firearm marketing to minors. Under the law, which was signed by Gov. Gavin Newsom last month, firearm industry members are prohibited from advertising or marketing guns, ammunition or firearm precursor parts “in a manner that is designed, intended, or reasonably appears to be attractive to minors.”

The plaintiffs in the lawsuit, which includes the California Youth Shooting Sports Association and the California Rifle and Pistol Association, say the law “violates well-established free speech precedents of the U.S. Supreme Court” and are seeking “equitable relief declaring the law invalid.” The lawsuit was filed Friday in a federal court in Los Angeles.

“This law is a clear First Amendment violation of speech and assembly. It’s really an attempt to wipe out the next generation of hunters and shooters,” CRPA President and General Counsel Chuck Michel said in a statement Friday.

Attorney General Rob Bonta is listed as the defendant in the lawsuit. In an emailed statement, the Attorney General’s office told The Center Square it would “take any and all action under the law to defend California’s commonsense gun laws.”

The lawsuit is likely the first in a series of legal challenges that could come in response to other gun legislation that will cross Newsom’s desk in the coming weeks. Newsom will soon consider several new pieces of gun legislation that would add to the state’s catalog of stringent firearm laws.

In anticipation of the new laws, gun rights groups are already gearing up to bring legal challenges, Sam Paredes, executive director of Gun Owners of California, told The Center Square.

Gun Owners of California is one of the plaintiffs in the lawsuit challenging the new bill surrounding firearm marketing for minors, and Paredes said he and other Second Amendment advocates are already coordinating to challenge other bills Newsom could sign into law.

Paredes said that the Supreme Court’s June ruling on New York State Rifle & Pistol Association Inc. v. Bruen – where the court struck down New York’s law regulating concealed carry – has resulted in a “new standard” for how courts review Second Amendment cases. This gives him and other Second Amendment advocates confidence that new California gun laws will be defeated in court and “thrown into the waste bin of unconstitutional legislation.”

“Every one of these bills is a Second Amendment issue and none of them will be able to survive that new standard,” Paredes said.

One such bill that will likely face legal challenges from gun rights advocates is currently sitting on Newsom’s desk. AB 1594 would create a firearm “standard of conduct” and allow a victim of gun violence, the California attorney general and city or county attorneys to bring a civil action against a firearm industry member who violates the standard of conduct.

The bill faced pushback from the California Rifle and Pistol Association and the National Rifle Association as it made its way through the Legislature, where it was ultimately passed by lawmakers in both the Senate and Assembly.

The bill’s author, Assemblymember Phil Ting, D-San Francisco, said in a statement that after the Bruen decision, “we must make our communities safer with stronger gun legislation.”

“The firearms industry has enjoyed federal immunity from civil lawsuits for far too long, providing them no incentive for them to follow our laws,” Ting said in a statement after the Senate passed the bill. “Hitting their bottom line may finally compel them to take every step possible to prevent illegal sales and theft to reduce gun violence.”