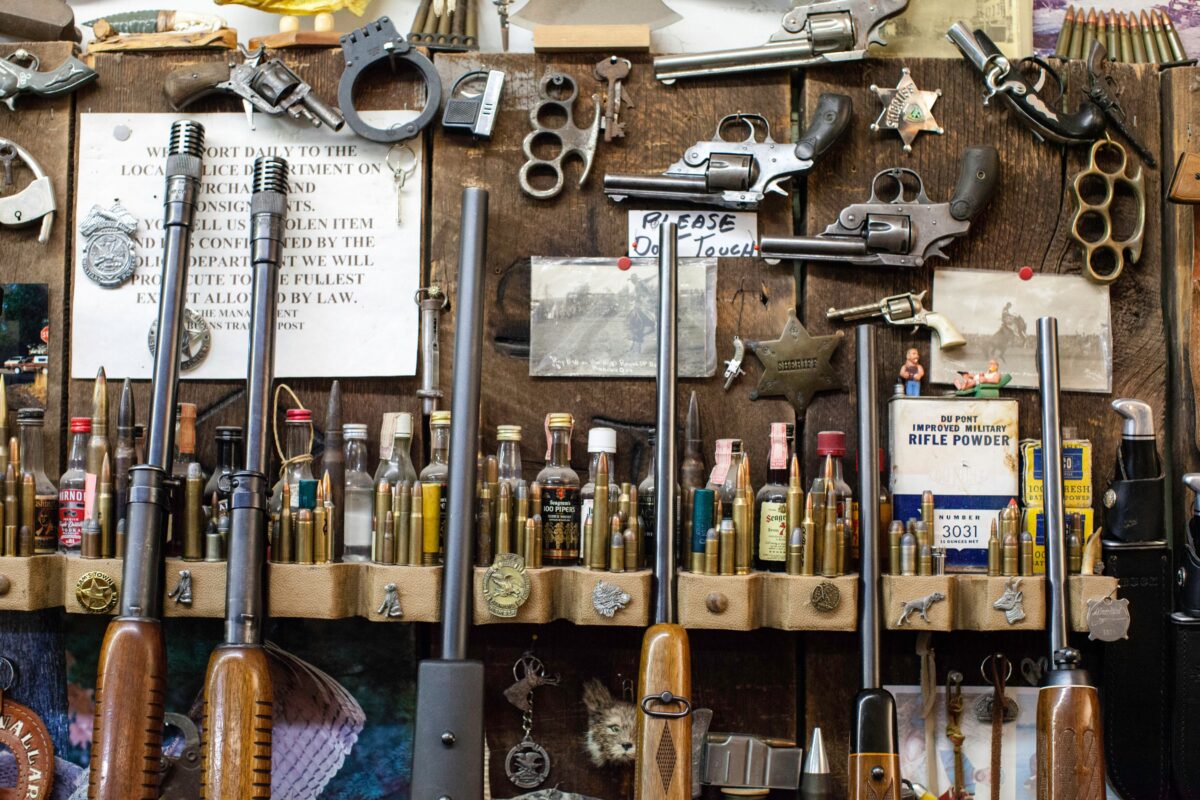 Gun sales have skyrocketed in Oregon since the narrow passage of a strict gun control measure in last week’s midterm election.

As gun sellers scramble to fill orders before the rule change on Dec. 8, opponents are planning to file suit against what they call the most restrictive gun control measure in the country. Several sheriffs around the state have vowed not to enforce the new legislation.

With just three weeks until Measure 114 takes effect, background checks to purchase a gun jumped from about 850 per day before the election to 4,000 per day after, according to Oregon State Police.

The new law, in addition to limiting sales of magazines that hold more than 10 rounds, will require buyers to obtain a permit to purchase any firearm. To obtain that permit, the measure requires buyers to complete firearms training in a class that does not yet exist in the state. It also requires law enforcement to create a publicly accessible database of those who apply for or obtain a permit.

The measure passed with just 50.7 percent approval. The disparity of votes is consistent with Oregon’s extreme urban-rural divide.

Voters in the seven, mostly urban, predominantly Democrat counties that voted for the measure did so by a nearly 2-1 margin. Voters in the 29, mostly rural counties, rejected the measure by nearly the same ratio.

“Plaintiffs representing the interests of different constituencies—such as gun dealerships and hunters associations—will file,” he said.

“Ultimately, the court will likely consolidate them under one judge.”

Lawyers advising the Oregon Firearms Federation, the Second Amendment Foundation, the Oregon Hunters Association, and other gun rights advocates, will seek a temporary restraining order and preliminary injunction to prevent the measure from taking effect until a judge can determine if it meets constitutional muster.

The first draft of a complaint has reportedly been written.

“We’re still adding plaintiffs to the suit, and we’ll be ready,” according to Alan M. Gottlieb, founder of the Second Amendment Foundation, based in Bellevue, Washington.

Meanwhile, a number of county sheriffs have publicly stated they will not enforce the measure.

“This is a terrible law for gun owners, crime victims, and public safety,” wrote Linn County Sheriff Michelle Duncan in a Nov. 9 Facebook post. She said her office “is NOT going to be enforcing magazine capacity limits.”

Duncan called the measure “poorly written” and said she hopes its passage will result in an immediate lawsuit.

Her office has received calls from people who fear they’ll face criminal charges if they’re pulled over while driving and found with a magazine that holds more than 10 rounds, she added.

“I’m not out there to try to look for their magazines and arrest anybody.”

Union County Sheriff Cody Bowen wrote on his office social media that the measure is an “infringement on our constitutional rights and will not be enforced.”

“[It] will only harm law abiding gun owners” and waste time, he said, vowing to “fight to the death” to defend gun owners’ constitutional rights.

Lincoln County Sheriff Curtis Landers issued a press release promising to enforce the measure only after “it is ruled constitutional by any court challenge.”

Nathan Sickler and Chris Kaber, sheriffs of Jackson and Klamath counties, have both said Measure 114 is “an unconstitutional restriction on the right to possess firearms.”

Their statements come despite the Oregon State Sheriffs’ Association statement to officials that it expected its members to uphold any law created by popular vote.

Retailers are warning customers that gun sales will be cut off immediately unless a lawsuit results in an injunction.

Sportsman’s Warehouse issued a statement outlining the impact to its Oregon customers.

In addition, “state background check delays are possible and may impact your ability to take possession of a firearm before Dec. 8, 2022.”

To meet demand in the meantime, it is “extending store hours and resupplying rapidly.”

Currently, California maintains a database for owners of concealed carry permits, but Measure 114 will place every gun owner on a database, according to the legislation. After the contents of the California database were leaked in June, gun rights advocates argued that such centralized gun databases led to an abuse of power.

There were more than 130 proposed constitutional amendments on midterm ballots across 37 states in the Nov. 8 elections, but relatively few related to gun rights and gun control.

The only other measure related to firearms aside from Oregon’s Measure 114 was in Iowa, where 65 percent of voters approved Amendment One, which enshrines gun rights in the state constitution by stating residents’ rights “to keep and bear arms shall not be infringed.”

Iowa joins Alabama, Louisiana, and Missouri with that language incorporated into their state constitution, which requires that courts use “strict scrutiny,” which makes it more difficult to impose limits on gun possession, ownership, and use while preempting attempts to require more extensive background checks or to ban certain types of firearms.

John Haughey contributed to this report.