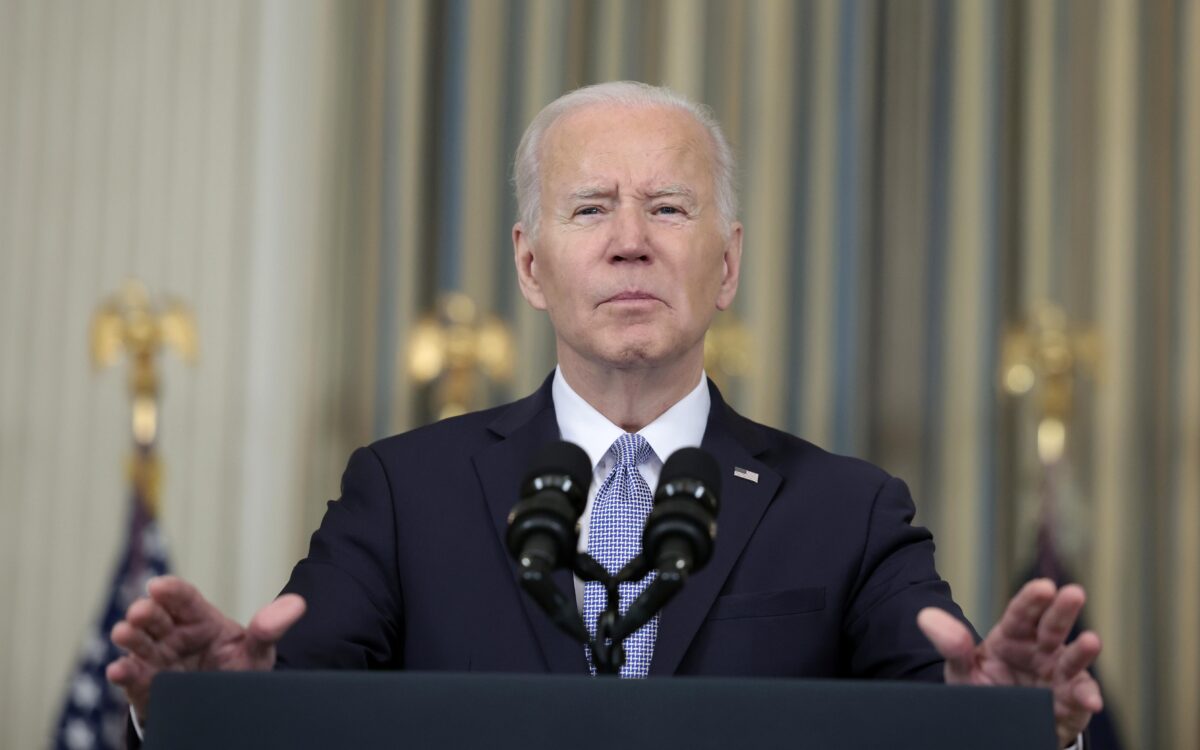 Nearly 50 percent of Texans believe President Joe Biden and Congress are responsible for the soaring inflation, according to a new survey by The Dallas Morning News and the University of Texas at Tyler.

According to the survey, 48 percent of respondents blamed Biden and Congress for inflation and the rising cost of living, including 75 percent of Republicans.

A further 12 percent said they believe higher costs are down to Russia’s invasion of Ukraine.

The survey of 1,384 registered Texas voters (pdf) was conducted between Aug. 1 and 7 and the margin of error for a sample of 972 registered voters in Texas is +/- 2.6 percentage points, while the more conservative margin of sampling error that includes design effects from the poll is +/- 2.8 percentage points for a 95 percent confidence interval.

However, prices began rising long before the invasion of Ukraine, rising by 2.5 percent between September 2021 and February 2022.

In an effort to bring inflation down, the Federal Reserve has increased its policy rate from almost zero to 2.5 percent since March. Another aggressive hike is expected in September.

However, inflation is still running high, with data from the Bureau of Labor Statistics showing annual inflation at 8.5 percent in July.

That figure, though, which is down from June’s 9.1 percent high, received quick praise from the Biden administration, which claimed that the U.S. economy had “zero percent” inflation last month.

Yet the latest survey found that 7 in 10 Texans say they are more worried about finances than they were a year ago, and 87 percent said increased prices have had an impact on their household situation, of which 43 percent said it has had a “major impact.”

Another 87 percent said they will consider cutting back on expenses should higher prices persist.

The latest survey comes after JPMorgan CEO Jamie Dimon warned that “something worse” than a hard recession could be on the way for the U.S. economy.

Dimon told clients last week that while the economy is “strong” and “consumers’ balance sheets are in good shape,” there are “storm clouds” on the horizon.