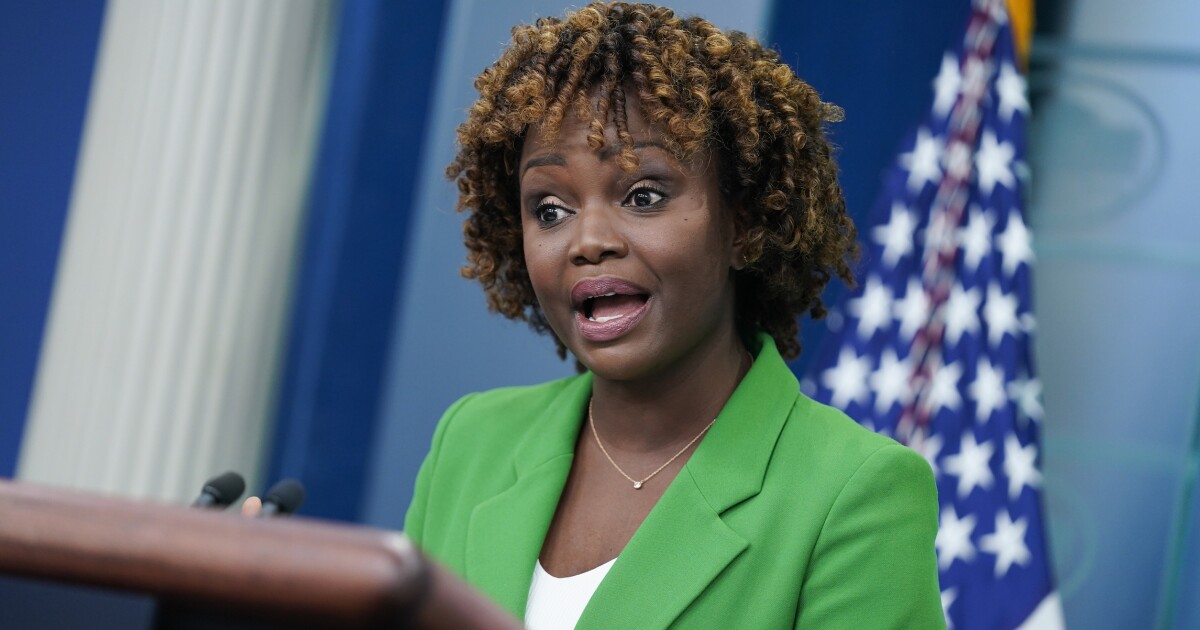 While plenty of presidential administrations have run afoul of the Hatch Act, the Biden White House may be the first to run the risk of citing it too much.

But current press secretary Karine Jean-Pierre has been citing the Hatch Act repeatedly as the 2022 midterm elections approach, citing it as a reason she can’t answer various questions from the press.

Jean-Pierre mentioned the Hatch Act six times during a press briefing on Oct. 17, saying it prevented her from responding to questions about Biden’s travel schedule, why he didn’t visit Arizona or Nevada during a trip to the West Coast, Senate candidate John Fetterman’s (D-PA) health, and Sen. Raphael Warnock‘s (D-GA) views on the 2024 presidential election.

Such prolific use of the act could become problematic, argues Harvard Law professor emeritus Alan Dershowitz.

“It sounds to me like she’s overusing it and arguably using it as an excuse to avoid answering questions,” said Dershowitz. “Disclosing a schedule would not be a violation of the Hatch Act.”

Dershowitz suggests that the White House release clear guidance saying what is and isn’t allowed to prevent the act from being used on an ad hoc basis.

Presidential administrations often run afoul of the Hatch Act, usually due to ignoring it. A 2021 report from the U.S. Office of Special Counsel alleged that 13 separate members of the Trump administration violated the act by campaigning on Trump’s behalf.

Trump-era Counselor to the President Kellyanne Conway may be the most notorious violator, saying that the Hatch Act would not “silence me” and adding, “Let me know when the jail sentence starts.”

The Biden administration hasn’t been immune either. Then-press secretary Jen Psaki drew a complaint from Citizens for Responsibility and Ethics in Washington, or CREW, after she appeared to endorse Terry McAuliffe for Virginia governor last year. She then became more cautious and responded to some questions by referencing the Hatch Act.

CREW’s communications director, Jordan Libowitz, said he’s satisfied with how Psaki handled the complaint and sees no problems with Jean-Pierre’s handling of the act now.

“Between being overly cautious and being undercautious, we’re definitely happy to see an administration be overly cautious,” he said. “It can be kind of a slippery slope if you say, ‘We’ll ignore the Hatch Act in order to give more information.’ The point of the act is to keep the partisan political electoral stuff separate from the taxpayer-funded stuff.”

This view contrasts with Dershowitz, who argues that the First Amendment and transparency should incline a press secretary to favor disclosure over nondisclosure.

Jean-Pierre doesn’t shy away from all political statements at the podium, regularly promoting Democratic priorities and attacking GOPers, whom she often calls “extreme” or “MAGA” Republicans.

“You’ll hear, in California and Oregon, the president draw a stark contrast between his and congressional Democrats’ plan to protect Medicare and lower healthcare costs and the MAGA Republicans in Congress’s plan put Medicare on the chopping block and repeal the Inflation Reduction Act, which will increase prescription drug costs,” she said on Oct. 12, previewing Biden’s West Coast trip.

“She can criticize Republicans in Congress for opposing the president’s agenda, but she cannot disparage GOP candidates as such,” said Painter, now a University of Minnesota law professor. “For example, I don’t think she should be talking about [Pennsylvania Senate candidate] Dr. [Mehmet] Oz or [Georgia senate candidate] Herschel Walker.”

Some reporters have begun countering Jean-Pierre by claiming their question doesn’t get into Hatch Act territory.

“I understand you have the Hatch Act to consider,” one reporter asked on Oct. 18. “But what I was curious about is: Even though we’re seeing the president out there, he’s been doing these smaller events with smaller audiences. He’s been doing closed-door fundraisers with no photographers. Why aren’t we seeing big campaign rallies?”

“Look, I can’t answer that question from here,” she said. “It is an election — an election that’s currently happening at this time, so I’m very limited to what I can say from the podium.”

Walter Shaub of the Project On Government Oversight thinks the Biden administration is handling the situation well.

“Although we tend to think of the president as doing one job, he’s really doing two different jobs, one as a government official and one as a leader of his party,” said Shaub. “If an individual worked for both Domino’s and Walmart, we wouldn’t expect Walmart’s spokesperson to comment on that individual’s activities on behalf of Domino’s. … I have plenty of complaints about the ethics program right now, but the Hatch Act really isn’t one of them.”