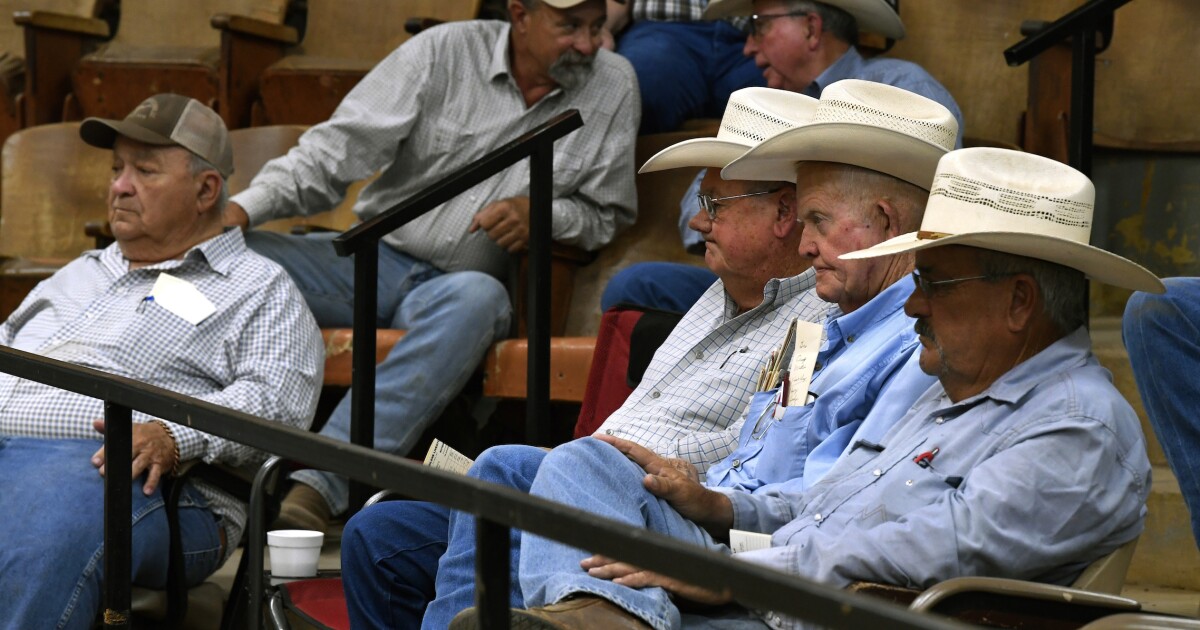 Record-high temperatures and historic drought are forcing ranchers in some states to sell off their cattle in huge quantities, to an extent that is raising fears about the long-term health of the industry.

The sell-off has centered mostly in the South, where ranchers have been seen lining up at livestock auctions in droves. In North Texas, would-be sellers have roughly “quadrupled” compared to typical auctions, Jack Robinson, an 83-year-old auctioneer at Emory Livestock Auction, told Bloomberg.

“I’ve been in the business 60 years, and I’ve never seen lines that long,” Robinson said.

Ranchers, he added, are in “panic mode.”

The vast majority of the pasture and range land in Oklahoma and Texas is now considered to be in “poor” or “very poor” condition, according to the Department of Agriculture.

Triple-digit temperatures and drought conditions have forced farmers in parts of the southwestern United States to shell out for supplemental feed and fertilizer, the costs of which are soaring, or sell their inventory.

Corn is at its highest price in a decade, commodities data show, while prices for hay, often used as a supplemental feed, were 56% higher in April compared to the same point last year, according to a June report from the Federal Reserve Bank of Kansas City.

And though the cattle prices have increased since last year, up 15% compared to 2021, according to USDA data, many farmers are still struggling to break even.

And that could be a problem.

The U.S. cattle herd has shrunk to its lowest point since 2016, according to USDA data, down for its third consecutive year. Those low numbers, coupled with liquidation levels, could negatively affect calf numbers for the next two to three years.

“We have a huge amount of drought liquidation going on,” David Anderson, a livestock marketing specialist at Texas A&M University, told the Texas Farm Bureau Radio Network, adding that he expects a 4% decline in the nation’s cow herd next year.

“It’s not how bad are we at the end of the day,” he said. “It’s the fact that if we don’t survive, our nation fails.”