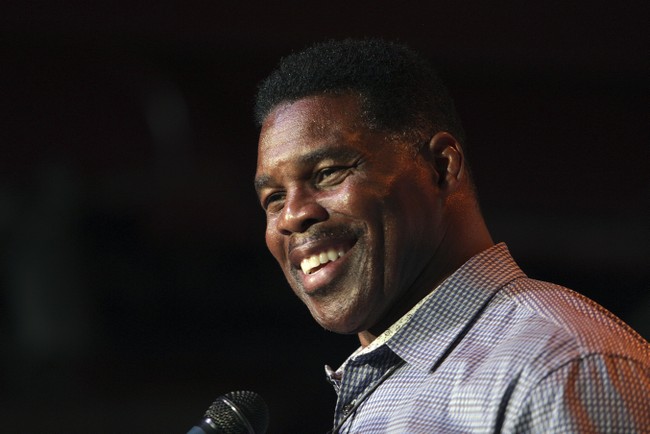 Republican Herschel Walker was not expected to win the much-anticipated debate with the glib Leftist pastor, Sen. Raphael Warnock (D-GA). Democrats usually win such debates as the moderators come off the sidelines to take swings at the Republican, and Walker is just a self-described country boy from rural Georgia.

Instead, Walker decked Warnock and the liberal moderator with charismatic zingers that remind some old-timers of Ronald Reagan. In early 1980, a debate moderator turned off the microphones to try to silence Reagan in New Hampshire, and he famously protested by shooting back, “I paid for this microphone, Mr. Green!”

The moderator’s real name was Joe Breen, not Green, but no one cared about that. Applause erupted in support of Reagan, and that episode launched his successful two-term presidency and defeat of communism.

During Friday’s Walker-Warnock debate the forked-tongue preacher Warnock made the snarky remark that “I’ve never pretended to be a police officer.” That was a cheap shot at Walker, whom liberals have criticized for supposedly overstating his work with law enforcement after his spectacular football career.

Most other Republican candidates would have gotten defensive and responded with a stuttering answer that left viewers thinking the dig hit a nerve and was onto something. But that was not Reagan’s effective style, or Walker’s.

Walker responded by holding up his five-pointed gold star, clearly recognizable as a law enforcement badge. The audience erupted into spontaneous applause at the spirited, dramatic response by Herschel to the cheap shot by Warnock.

But then the liberal moderator improperly jumped in, perhaps dismayed that Walker captured the moment so perfectly. Trump also encountered a one-sided moderator in 2020, prompting Trump to tell Chris Wallace, “I guess I’m debating you, not him” and “I’m not surprised.”

“Mr. Walker, you are very well aware of the rules tonight. And you have a prop that is not allowed. Sir, I asked you to put that prop away,” the moderator declared with authority.

Herschel dealt with the moderator as he did so successfully with fearsome NFL linebackers, by running over their attempt to tackle him. “This is not a prop. This is real,” Herschel retorted.

Now liberals are trying to turn the episode into some kind of “badge-gate” kerfuffle, as they have harped on Herschel’s five-star badge ever since. But the Johnson County sheriff told NBC News that he gave Walker the badge and has no objection to Walker’s use of it in his campaign and during the debate.

Other Republicans should have similar badges, now that headlines of mass killings are nearly daily and police departments have been emasculated by Democrats. Violent crime has increased sharply while progressives have been waging a war on our valiant officers in blue who struggle to maintain law and order.

On Thursday, a mere 15-year-old in Raleigh, North Carolina, went on a shooting spree in a peaceful neighborhood that killed a dog and five people including two veterans, one of whom was an off-duty police officer. The assailant was dressed in camouflage as some teenage boys addicted to violent video games like to do when they turn their gaming into reality.

Meanwhile, across the country in Stockton, California, an example of what appears to have been a type of profiling enabled apprehension of a suspected serial killer while he was hunting at 2 a.m. for another victim to murder. This illustrates what good police work can accomplish if the Left is stopped from interfering with their work.

Police arrested a black man dressed in all-black clothing as he was thought to be driving around to look to murder his seventh random victim in Stockton in the past few months. He donned a mask around his neck and was driving in a wandering pattern after midnight in the city.

Progressives have objected to effective policing by insisting it is based on profiling, and have blocked the “stop and frisk” policy that was so effective in reducing crime in New York City until liberals ended it in 2014.

When Warnock blustered that a “patient’s room is too small” for the government, Herschel retorted that “there’s a baby in that room as well. And he’s asking the taxpayers to pay for it, so he’s bringing the government back into the room.”