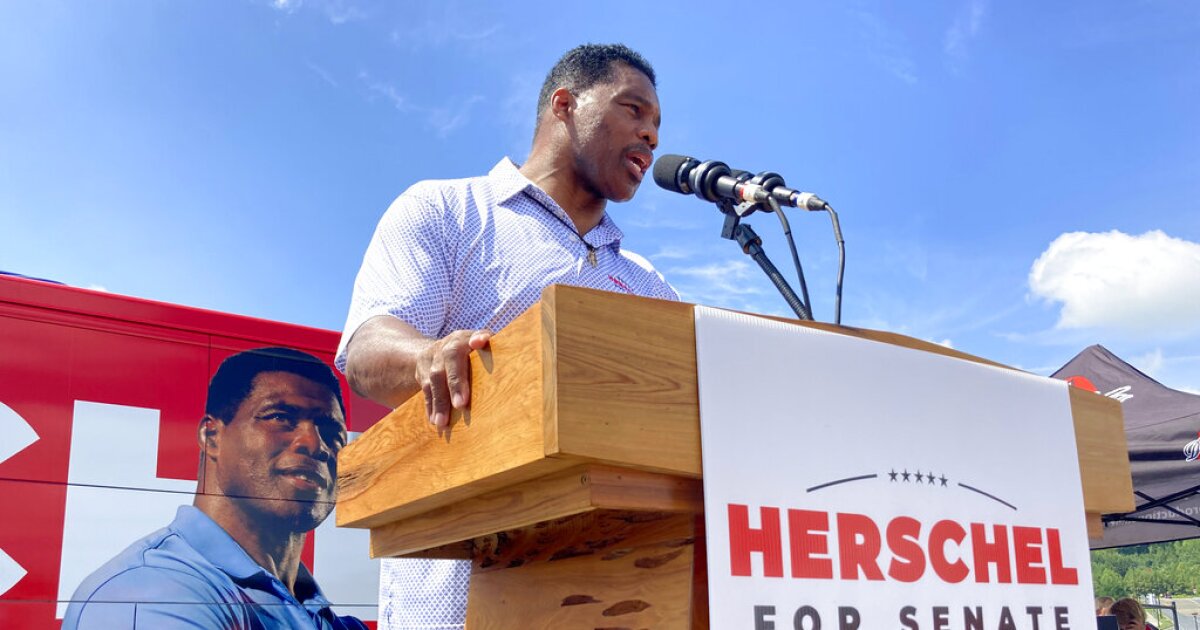 A woman identified as “Jane Doe” claimed Wednesday she had a multi-year romantic relationship with Georgia GOP Senate hopeful Herschel Walker and alleged he drove her to have an abortion, her lawyer Gloria Allred said Wednesday.

The woman, who met the football legend in the 1980s and continued the affair into the 1990s, had voice recordings, hotel receipts, and a hand-written poem in which he allegedly declared his love.

The woman provided evidence of the romantic relationship and Walker’s knowledge that the woman was about to terminate her pregnancy.

Walker has voiced strict anti-abortion policies, but a bombshell report released earlier this month by the Daily Beast accused Walker of paying for another woman’s abortion and then sending her a get-well card. The woman, whom Walker claimed not to know but is allegedly the mother of one of his children, prompted Walker’s son Christian to go on a scathing social media rant about his father.

The younger Walker claimed his famous father purposely mislead voters by orchestrating a false narrative about having a happy home life.

“I’ve stayed silent for nearly two years as my whole life has been lied about publicly,” Christian Walker said in the first of two videos posted to Twitter. “I did one campaign event, then said I didn’t want involvement.”

He added in a subsequent post that he had stayed quiet through a litany of scandals involving his father, including claims he had “all these random kids across the country, none of whom he raised.”

During a debate in Savannah earlier this month, Walker flatly denied the first abortion allegation.

Walker and his Democratic opponent, Sen. Raphael Warnock, are in a high-stakes contest that could determine which political party controls the upper chamber of Congress next year. Despite the scandals, the Republican Party, both local and national, has continued to support Walker. Gov. Brian Kemp told the Washington Examiner he would vote for Warnock in the Nov. 8 election.

Sen. Rick Scott (R-FL) the chairman of the National Republican Senatorial Committee, and Sen. Tom Cotton (R-AK) have both stumped for Walker in Georgia. Sen. Ted Cruz (R-Texas) and Georgia Rep. Mike Collins will be hitting the campaign trail for Walker in Georgia on Thursday.

A Walker win would be a major coup for Republicans who saw Georgia, once a reliably red state, break for Democrats in the 2020 presidential election as well as two Senate runoffs.

Calls to Walker by the Washington Examiner seeking comment were not returned.