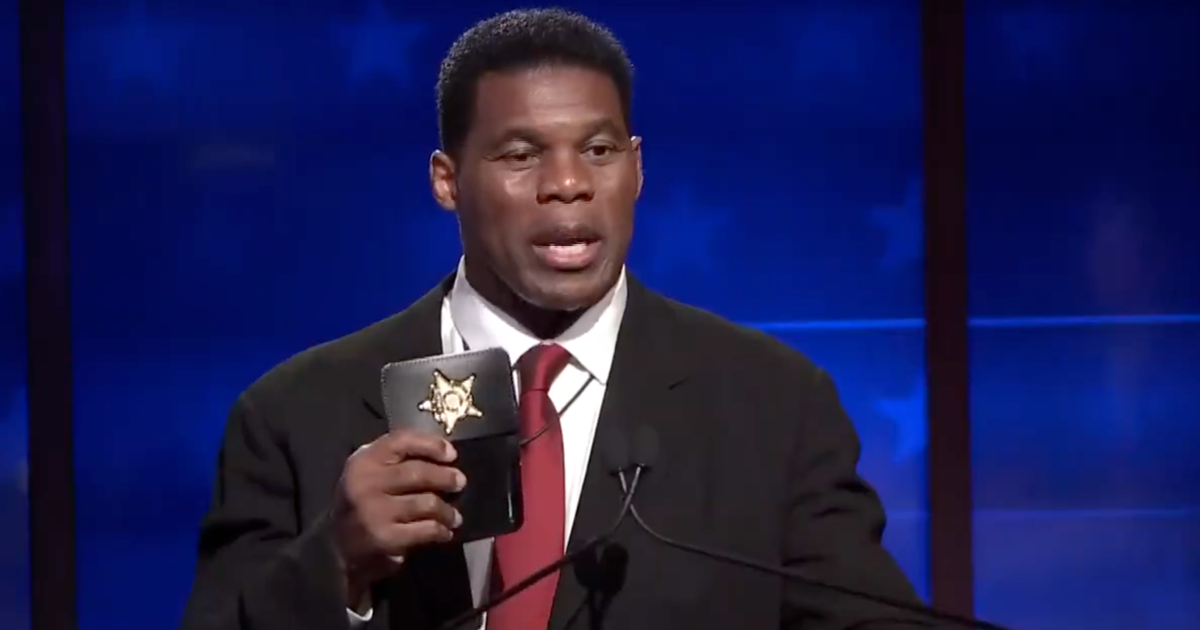 GOP Senate candidate Herschel Walker defended his use of an honorary police badge as a prop during a high-profile debate against Sen. Raphael Warnock, arguing the insignia is in fact “legit.”

His statements come after the Georgia Senate candidate pulled out an honorary police badge during a candidate debate on Friday, prompting criticism and mockery from Democrats. Walker sought to use the badge to legitimize previous suggestions he had served in law enforcement, claims that have been debunked by several fact-checkers.

The issue of law enforcement and policing emerged as a focal point of the debate between Walker and Warnock as the Georgia senator hailed support for gun control legislation, following up with comments that he also backs bolstering resources for law enforcement, something that drew scrutiny from Walker.

“Sen. Warnock’s talk about supporting law enforcement is sad because he’s called them names,” Walker said. “Recruitment is down only because of what he’s done. He’s empowered criminals to think they’re better than the police.”

“One thing I have not done. I’ve never pretended to be a police officer. And I’ve never threatened a shootout with the police,” Warnock replied, drawing laughter from the crowd and prompting Walker to flash the badge.

A moderator quickly rebuked Walker for pulling out the badge as a prop in violation of debate rules. Walker then engaged in a back-and-forth with the moderator, arguing, “It’s not a prop. It’s real. He said I … never was in law enforcement.”

The Georgia Senate race between Warnock and Walker has been a tight contest because the winner is likely to determine which party will gain control of Congress in November. The race has recently been shaken by allegations Walker paid for an ex-girlfriend to have an abortion while the pair were dating in 2009 despite the candidate running on an anti-abortion platform.

Walker has denied the reports and rejected knowing the woman despite her claiming she is the mother of one of his three sons he previously acknowledged having out of wedlock.

Forty-six percent of Georgia voters say they’re likely to vote for Warnock compared to just 43% who said the same for Walker, according to a recent poll from the University of Georgia and the Atlanta Journal-Constitution. Although the numbers show a slight advantage for the Democratic incumbent, Warnock’s lead is still within the poll’s margin of error, meaning the race could be forced into a runoff in November.