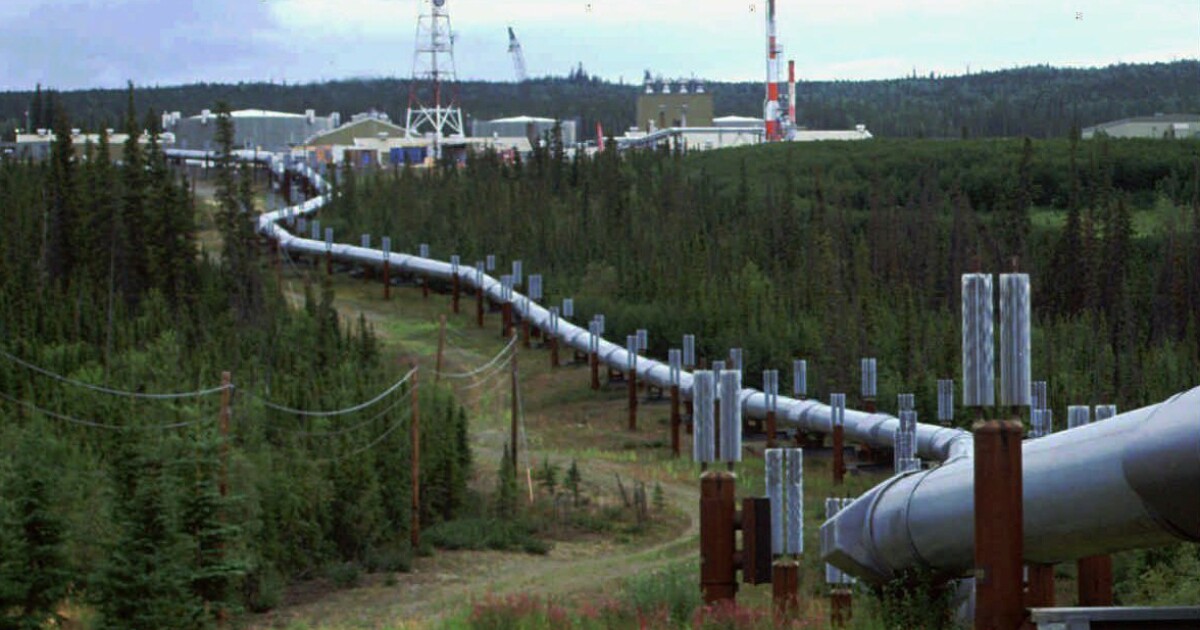 LNG is a major U.S. energy export and a big part of President Joe Biden’s efforts to help Europe reduce its reliance on gas supplies from Russia, but higher export volumes can be tied to higher prices for gas domestically, driving up the cost of industrial processes and electricity generation.

Proponents of new export restrictions, who support a pullback up to and including a complete ban on LNG shipments overseas, are lobbying the Biden administration to take action to keep more U.S.-produced natural gas at home in hopes that it will lower prices and prevent them from rising back up to the 13-year highs they reached in June.

DAILY ON ENERGY: THE DIVERGENCE BETWEEN US AND EUROPEAN GAS PRICES AFTER FREEPORT EXPLOSION

Natural gas prices peaked at their highest levels since 2008 last month, trading above $9 per MMBtu range for consecutive days, up from the $2-$5 range that buyers and traders have been more used to in recent years. Prices have since fallen some 40% following the June 8 explosion at Freeport LNG’s Gulf Coast export terminal, one of seven operative terminals.

The terminal will be offline until October, when partial operations are expected to restart. Full operations will not return until late in the year, the company said.

Freeport has a capacity to liquefy just over 2 billion cubic feet of gas per day, meaning the outage has knocked out demand by that much for months to come. The drop in demand has helped to drive U.S. futures and spot prices downward, according to industry analysts.

Paul Cicio, president and CEO of Industrial Energy Consumers of America, which represents a wide range of manufacturers producing everything from chemicals to plastics and cement, pointed to the outage in a recent protest filing with the Department of Energy to argue that DOE should scale down its LNG export authorizations to keep more of that gas at home.

IECA is particularly focused on ensuring affordable and reliable energy supplies for its members, whose industries are particularly energy-intensive and who have seen their operating costs rise substantially on higher prices.

“The Freeport LNG fire illustrates the negative impact that LNG exports have on domestic prices,” Cicio wrote in the filing.

Freeport’s capacity amounts to a small share of demand, relative to the 95 bcf of gas currently being produced each day, but “even relatively small volumes have significant leveraging effects on prices” when supply and inventories do not keep up, he also wrote.

U.S. LNG exports have increased to record levels, with increasing shares destined for Europe, where countries are facing an even more acute energy crisis than the U.S. The Biden administration has also been authorizing more exports in a bid to help allies in Europe further displace demand for Russian gas.

IECA’s filing was directed at one of those authorizations. DOE recently extended the export authorization for Lake Charles LNG’s planned 2.2 bcf per day export terminal, which is not yet under construction, through 2050.

The group argued that the authorization, as part of DOE’s total approvals for 63 bcf per day of LNG exports to non-free trade agreement countries, violates the standard set out in the Natural Gas Act that export approvals be in the public interest.

“We’re not against LNG exports. What we are against is what we classify as excessive LNG exports,” Cicio told the Washington Examiner.

IECA is asking DOE to define “public interest” more specifically so that any export volume expected to affect the price of natural gas in the U.S. be deemed outside the public interest.

“We are captive to a pipeline,” Cicio added. “We cannot switch from gas to electricity, for example, and so it gives the exporter and foreign countries access to our gas and in large quantities without any considerations, so far, to the public interest.”

Most of the capacity authorized for export has not yet been built. The U.S. is currently producing approximately 12 bcf of LNG per day.

Cicio didn’t explicitly endorse an outright ban on LNG exports, but some environmental groups have grasped on to the natural gas price swing since the Freeport explosion to lobby for one.

Food & Water Watch has been putting pressure on the administration to use its authority to stop exports of both LNG and oil products.

“While global supplies are tight, corporations are exporting fuels to buyers that can pay the most, raising the costs of home heating and electricity for American families,” the environmental NGO said in a recent press release noting the drop in prices since the Freeport explosion.

A number of Democrats in Congress have also backed an export ban on LNG and petroleum products since prices began rising last fall.

The Biden administration has committed to helping facilitate more LNG exports to Europe, where natural gas prices are more than eight times higher than U.S. prices and the threat of shortages looms ahead of winter.

Energy Secretary Jennifer Granholm said in December that the administration would not pursue an oil export ban but more recently said President Biden is “not willing to take tools off the table” to bring down fuel prices.

Granholm did not speak on the prospect of a ban on LNG exports at the time.