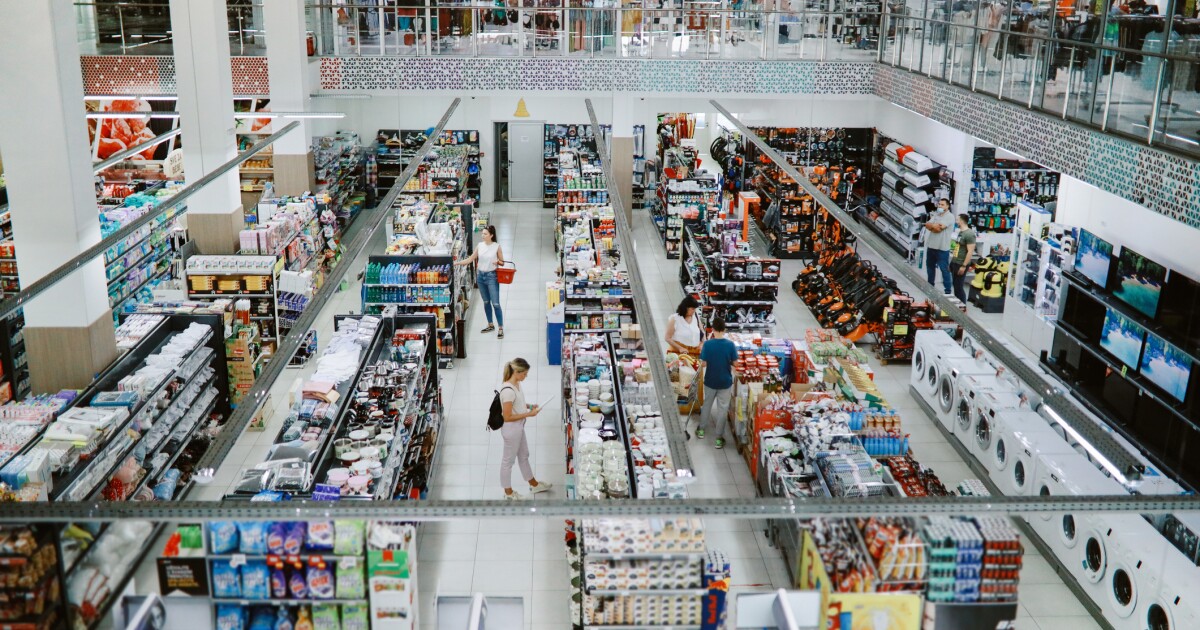 The highest inflation in more than four decades is making everything from shopping for groceries to taking a vacation much more expensive for consumers.

Inflation increased by 9.1% for the 12 months ending in June, according to the Bureau of Labor Statistics. That headline increase is the most since 1981 and is being felt across every sector of the economy, including for essential goods such as food and gas.

Energy prices have soared 41.6% over the past year, while food prices have surged more than 10%. All other items combined, minus food and energy, have increased by nearly 6%, according to the consumer price index data.

CAN DEMOCRATS GET SINEMA ON BOARD FOR MANCHIN-BACKED SPENDING DEAL?

Soaring energy prices have pulled inflation higher across the board. The war in Ukraine caused the price of oil to skyrocket, and that has translated into higher gas prices. In June, the average price of gas consistently beat records and peaked at over $5 per gallon, about $2 higher than June of last year. Since June, gas prices have tamped down a bit, but they are still averaging about $4.20 per gallon.

How does that translate into real spending? If someone in a rural and less wealthy part of the country owns a Chevrolet Malibu and fills up the tank five times a month due to a long commute to and from work, a year ago that would have cost about $2,910 per year. Filling up that same car would now cost about $4,389 annually, a $1,479 increase.

Families have also felt the sting of inflation at their local grocery store.

Average weekly grocery spending was at $148 per week earlier this year, a major increase from the average spending of $113.50 prior to the start of the pandemic, according to data from FMI, the Food Industry Association. Spending is likely even higher now given the historic growth of inflation over the past few months. It’s also worth noting that people spent more on average during the worst of the pandemic because they didn’t eat out at restaurants as much.

Some staple food products have seen major increases and in many cases outpaced the already-high headline inflation. For instance, the average price of chicken has risen by 18.6% on an annual basis, while ground beef has increased by nearly 10%.

A household that drinks three gallons of milk per week is now paying $4.41 per gallon of whole milk, according to the Department of Agriculture. That equates to more than $13 per week, compared to the $10.80 per week last year when a gallon of milk was selling for $3.60.

While that might seem to be a small weekly increase, it equates to $126.36 more in spending each year just for one grocery item. When the grocery price increases are combined, consumers are getting considerably less for the same amount of money than they did just a year ago.

Housing affordability has also worsened as a result of inflationary pressures and the Federal Reserve’s reaction.

When the pandemic first hit, the Fed slashed interest rates to near-zero levels and kept them there for months on end. The result was a housing boom in 2021 as the real estate market, invigorated by low mortgage rates, became red hot.

Now the Fed is scrambling to reverse course quickly and hike interest rates in an effort to slow demand and lower the pace of inflation back to its 2% target range. In June, the central bank raised rates by three-quarters of a percentage point, its most aggressive upward move since 1994. It followed the June hike with another 75-basis-point increase last month.

Before the two massive hikes, the Fed had raised rates twice this year, once by the traditional 25 basis points and the other by double that. As a result of the rate hikes and expectations for more to come, mortgage rates have risen rapidly, too fast for house prices to come down, and made housing much less affordable in a very short period of time.

At the turn of the year, the average 30-year fixed-rate mortgage was 3.11%, according to Freddie Mac. In just a matter of months, that same mortgage rate exploded to 5.3%, 2.4 percentage points higher than it was a year ago.

The average price of an existing home recently crossed the $400,000 threshold for the first time — a weighty 13.4% increase from a year ago.

The dwindling purchasing power of consumers looking to buy a home will push more people to rent rather than buy, the resulting demand of which has driven up rent prices and made housing more unaffordable for renters, too.

The average one-bedroom rental cost is now about $1,700, according to data compiled by Rent.com. One- and two-bedroom rentals are up 25.3% and 26.5%, respectively, on an annual basis.

While the causes of inflation are varied, with economists pointing to the war in Ukraine, supply chain disruptions, China’s strict zero-coronavirus policies, and excessive government spending during the pandemic, the result is that people across the country are finding it much more difficult to afford the same lives they lived just a year ago.