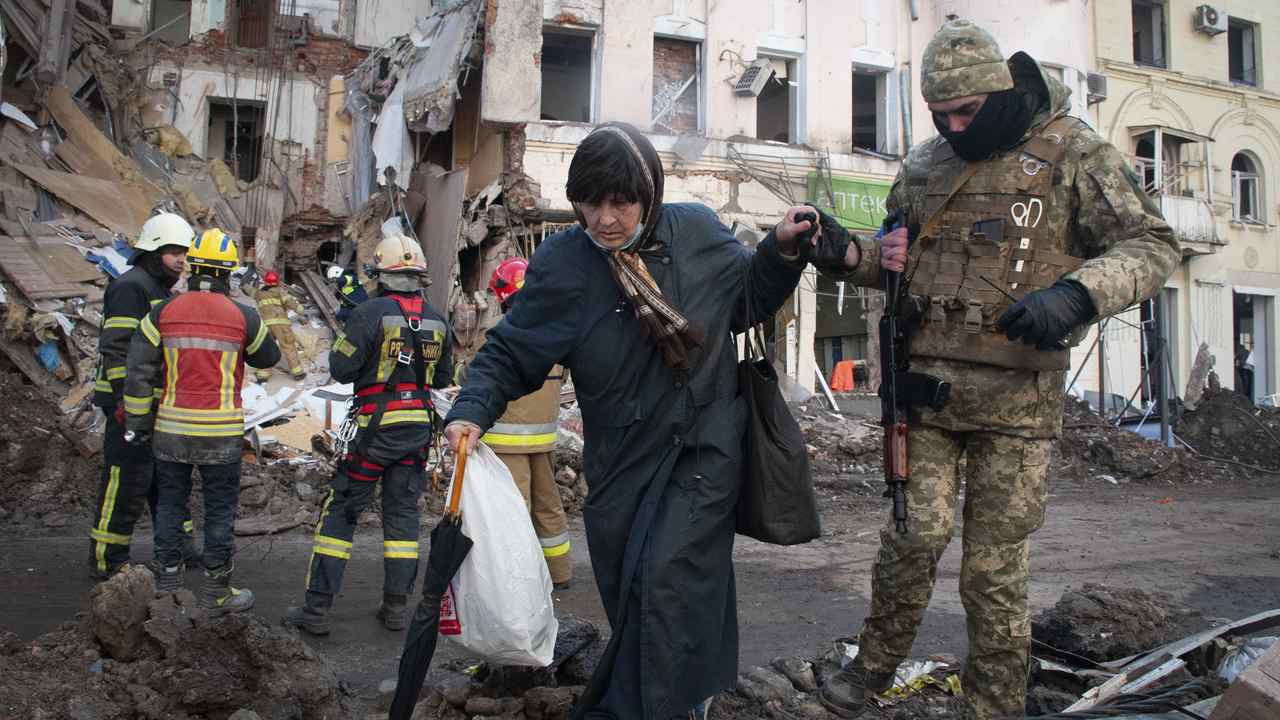 NASHVILLE — “We don’t have refugee camps in Poland,” Szymon Czyszek explains. Instead, Poles have welcomed Ukrainians into their private homes, despite often speaking different languages. Czyszek is in the United States for the Knights of Columbus annual convention, giving testimony to what the Knights have seen and done in Poland and Ukraine to help innocent victims of the Russian war on the Ukrainian people. He remembers a mother who had an 8-day-old baby with her. She walked five days in freezing temperatures during “a time that should be filled with joy and hope, and she had to flee.” He says “these stories never end” of people surmounting physically and mentally rigorous challenges.

For Czyszek, the war in Ukraine is not about foreign headlines, but real men, women and children. “For us to prevail, it is essential that we are spiritually and morally stronger than our enemies,” he says.

At the same time, people need food, water, roofs and jobs. To be able to meet some of these needs, the Knights launched a Ukrainian Relief Fund earlier this year and have raised $19 million as I write. Half of the contributions have come from nonmembers in response to media appearances by Czyszek and other appeals. There’s no overhead — all the money goes to the efforts on the ground.

“With the support we’ve received, we’re able to respond very effectively to the needs of the people of Ukraine,” Czyszek says.

Yuriy Maletskiy is the head of the Knights in Ukraine. His instinct was to join the fighting in his country, but Czyszek convinced him that he had another role to play. With Maletskiy in the lead, the Knights have become synonymous with charity for Ukrainians on both sides of the border, regardless of their religion.

But it’s not just those who happen to make their way across the border who, the Knights are helping. They’ve been able to relocate orphanages, and when they realized that they hadn’t seen many disabled people, Knights went door-to-door to find them — in many cases, they had been abandoned in the exodus.

I spent a few weeks with Czyszek in 2016, when he helped organize Pope Francis’ visit to Poland for World Youth Day. Little did they know that the organizational structures and networks the Knights put in place would be used to help their neighbors in Ukraine as Russia continues to destroy civilian and industrial targets.

At one of the papal events I attended during that summer, Pope Francis raised the question we often ask when evil is running rampant: “Where is God?”

He answered: “In the face of evil, suffering and sin, the only response possible for a disciple of Jesus is the gift of self, even of one’s own life, in imitation of Christ; it is the attitude of service. Unless those who call themselves Christians live to serve, their lives serve no good purpose.”

The Knights in Poland and Ukraine are living to serve. In the face of suffering, they rise to the occasion in love and invite others to join them. As the war doesn’t command the same international attention that it previously did, they are reaching out to experts in mental health and other fronts to help meet the increased needs of a war-ravaged people.

There are at least two Ukrainian Knights who have been killed in the war. Maletskiy is an able-bodied man who may yet find himself conscripted. But for now, the Knights’ are responding in the present while also being forward-looking, even while he is realistic about the country’s bleak immediate prospects.

As Russia seeks to destroy, Ukrainians like Maletskiy have hope there will be a time of reconstruction.

(Kathryn Jean Lopez is senior fellow at the National Review Institute, editor-at-large of National Review magazine and author of the new book “A Year With the Mystics: Visionary Wisdom for Daily Living.” She is also chair of Cardinal Dolan’s pro-life commission in New York. She can be contacted at klopez@nationalreview.com.)