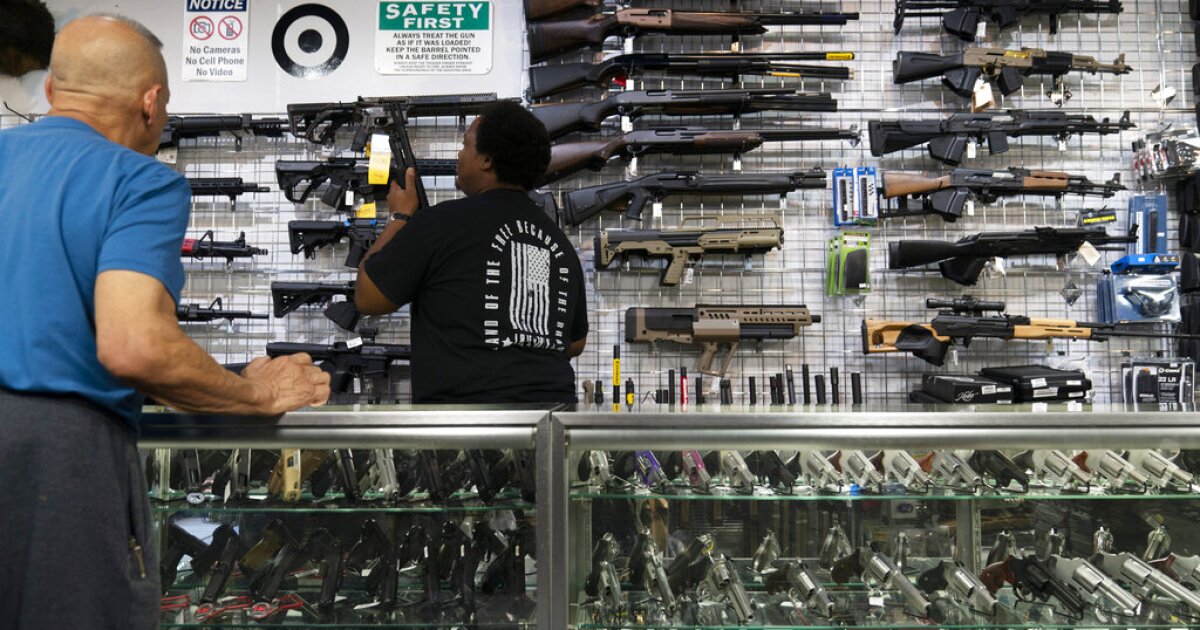 House Democrats are preparing to advance a proposal that would ban dozens of models of semi-automatic firearms in a move that could prove divisive and politically treacherous for the party in competitive races this fall.

House Judiciary Chairman Jerry Nadler announced his committee would mark up a proposed “assault weapons” ban Wednesday, taking a significant step toward a vote on the proposal. While it is virtually certain that the proposal would die in the Senate if advanced in the House, the bill could offer some Democrats a chance to show they’re fighting on an issue prioritized by their base.

But the move could also give Republicans fresh fodder to fire up their own supporters, many of whom bristle at any perceived attempt to limit gun rights.

Introduced by Rep. David Cicilline (D-RI), the proposal would go after the manufacture and sale of new models of a range of guns. That includes guns that accept detachable magazines, AR-15s, and some semi-automatic pistols.

The AR-15 is the most popular rifle on the American market, with more than 20 million in U.S. households as of 2020, according to the National Shooting Sports Foundation .

Lightweight and easily customized, the style of rifle was developed decades ago as a civilian weapon — not a weapon of war, as its critics frequently say.

A manufacturer that bought the AR-15 design from ArmaLite, the company that lent the style of rifle its initials, later made a version of the firearm for the military known as the M-16.

The modern AR-15 has a menacing look that has contributed to its status as a top target of gun control advocates.

So, too, has its appearance in the hands of several high-profile mass shooters, including the suspect in the Uvalde, Texas, elementary school shooting in May and the Buffalo, New York, grocery store shooting just days before that.

But what critics call “assault weapons” (which are not a formal category of guns but typically include many rifles) are used in a very small number of violent crimes, making the Democrats’ proposed ban unlikely to affect the country’s rising crime levels.

The National Institutes of Health said in a study that “most estimates suggest less than 7%” of the guns used for “crime in general” were “assault weapons.”

Another study, conducted after the expiration of the country’s last “assault weapons” ban in 2004, found that the class of firearms appeared in few crimes prior to the prior ban that President Joe Biden has touted as a model for the Democrats’ latest efforts. President Bill Clinton and a Democratic Congress enacted the 10-year ban in 1994, with Sen. Joe Biden of Delaware, who was the chairman of the Senate Judiciary Committee at that time, a lead sponsor.

The ban expired in 2004 when President George W. Bush and the House and Senate, both with Republican majorities, chose not to renew it.

“[‘Assault weapons’] were used in only a small fraction of gun crimes prior to the ban: about 2% according to most studies and no more than 8%,” the Justice Department-sponsored study read.

Even so, “assault weapons” have remained a top target of activist Democrats for years — even though renewing the 1990s-era ban has proven so politically precarious that the Democrats haven’t gotten close to advancing one successfully even when they controlled all three branches of government.

Cicilline’s “assault weapons” bill has 212 co-sponsors, just shy of the number of Democrats it would need to pass on the floor.

A handful of centrist Democrats are missing from the list of the ban’s supporters. Those include Texas Democratic Reps. Henry Cuellar and Vincente Gonzalez, members whose districts are near the border between the United States and Mexico. Both face difficult reelection bids in November.

Rep. Jared Golden (D-ME) is also not listed as a co-sponsor. He was one of only two House Democrats to vote against the gun control measures that passed the lower chamber last month.

All three are on the National Republican Congressional Committee’s list of targeted members for the midterm elections.

Meanwhile, Republicans have found a warning about Democrats’ gun control pursuit to be energizing for their supporters.

House Republicans railed against their Democratic colleagues for a far less ambitious gun bill last month and would almost certainly take up well-worn messaging about Democrats coming for gun owners’ firearms if the “assault weapons” ban were to advance out of committee.

The Democratic proposal would not apply any ban to firearms in circulation at the time it is signed into law.