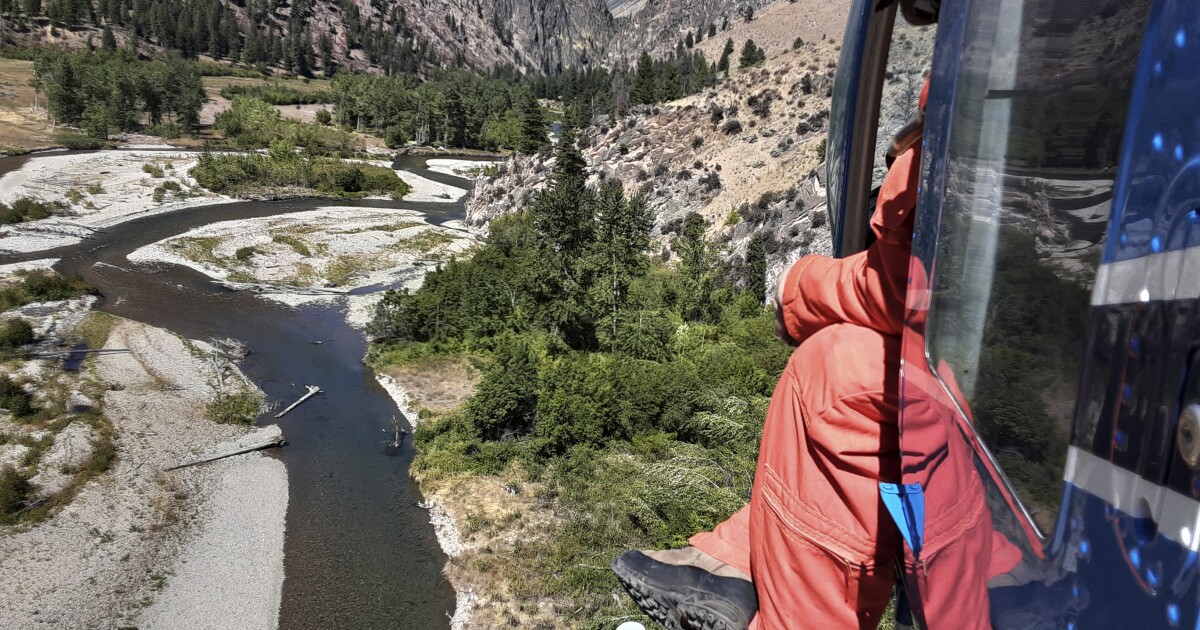 House Republicans, equipped with the political battering ram of high fuel prices, are hoping to win voters over on Nov. 8 by promising to command an energy policy turnabout in Washington if voters award the party control of the chamber.

The Democrats scored a major legislative victory in August with the enactment of the Inflation Reduction Act, including provisions to make alternative energy sources cheaper and more abundant and to help displace demand for fossil fuels. At the same time, President Joe Biden’s tenure to date has been marked by historically high prices for oil, natural gas, and retail gasoline (energy sources that, according to estimates, are not going to be out of demand any time soon) and mutual acrimony between his administration and the oil and gas sector.

Republicans have sought to present a clear contrast with Biden’s green policies that have disfavored new oil and gas infrastructure and the expansion of leasing on federal lands in favor of renewable energy sources. A big component of the strategy House Republicans are pitching to voters is promising to support more domestic production of oil and gas, which they maintain can serve global greenhouse gas emissions reduction goals and the security of U.S. energy supplies.

House Minority Leader Kevin McCarthy has overseen the establishment of multiple caucuswide “taskforces” over the last year. That includes an Energy, Climate, and Conservation Taskforce to shape the conference’s agenda and set it up for victory in the midterm elections.

The energy task force has promoted legislation to invest in clean energy infrastructure and land conservation. Republican lawmakers also have argued that the nation’s economic and energy security needs require Washington to balance the continued need for fossil fuels alongside measures to mitigate climate change.

Rep. Buddy Carter (R-GA), a member of the Conservative Climate Caucus, said the United States needs an “all-of-the-above” energy strategy. That’s a common refrain Republicans use to mean a strategy that values all kinds of resources, from wind to nuclear and natural gas.

“I’m all for renewables, but I believe in an all-of-the-above-type energy strategy, and I don’t believe that we can destroy our economy, trying to achieve [more] renewables,” Carter told the Washington Examiner in an interview.

Carter brought up a summer trip to Europe, where countries have, in recent years, moved more aggressively into renewable energy and restricted new fossil fuel development. Those countries now face a grave energy supply crisis due to a steep drop in Russian gas imports.

Now, a number of countries are resurrecting coal-fired power plants to deal with the crisis in the short term.

“I went to Europe earlier this year and witnessed what has happened over there, where they have let their policies get ahead of their technology,” Carter said. “They’re in a mess, and we can learn important lessons from that right here in the United States. If we don’t, shame on us.”

The Biden administration, in response to the war in Ukraine and the associated disruption to global energy markets, has somewhat tempered its approach to oil and gas production compared to the president’s early days in office. It has promised to help facilitate more U.S. liquefied natural gas shipments to allies in Europe and approved additional exports while also urging domestic producers to increase oil production to bring down fuel prices.

Environmental groups have been sharply critical of the administration for not being more aggressive in restricting new oil and gas development. Some have accused them of capitulating to the oil industry by carrying out new oil and gas leasing and encouraging more production.

“You can increase oil and gas production now while still moving full-speed ahead to accelerate our transition to clean energy,” Biden said in rebuke to that line of thinking.

Biden and the Democrats have also persistently leveled price-gouging charges at big-name oil producers and refiners, as well as retailers, accusing them of unduly raising prices. For producers, in particular, the White House has criticized them for not increasing output more quickly in response to high prices.

Oil and gas sector players, meanwhile, have insisted their conservative spending approach to additional production is driven, in large part, due to market “signals” sent by policymakers in Washington, who want to oversee a phaseout of oil and gas sooner rather than later.

House Republicans intend to counteract that.

“We do play a role. And even acknowledging that we will have an adversarial White House, the market signals from Congress, and showing that real regulatory reform is our priority, matters,” a senior House Republican policy adviser told the Washington Examiner.

On regulatory reform, the conference wants to pursue changes to some environmental laws like the Endangered Species Act “out of the gate,” the person said.

The ESA, like the National Environmental Policy Act, was signed into law by President Richard Nixon in the 1970s, ringing in a new era of environmental stewardship to govern federal decision-making for approving pipelines, electricity transmission, and mineral leasing on federal lands, among other things.

Environmental groups have frequently and successfully invoked both laws in court to inhibit, and in some cases reverse, federal decisions authorizing projects and drilling permits.

An infrastructure permitting reform proposal drawn up by Sen. Joe Manchin (D-WV) and endorsed by Biden, Senate Majority Leader Chuck Schumer, and House Speaker Nancy Pelosi included language to limit the ability of interest groups to use environmental laws to stop projects, although it lacked the votes needed to pass. A large number of House and Senate Democrats said the bill would undermine environmental stewardship, while some Republicans who spoke out against the bill thought it didn’t go far enough.

Reforming authorities delegated to the Federal Energy Regulatory Commission is also on the table, the House Republican aide said.

The Democratic-led FERC angered many Republicans earlier this year when it approved new policy statements to add new hurdles to applicants seeking approval of pipeline projects.

Under the revised policy statements, which FERC later pulled back for further consideration, the commission would more strictly consider the effect of climate change on a given project.

Democratic FERC Chairman Richard Glick said the new policies would enable the commission to avoid lengthy and costly litigation. He pointed to court decisions that have vacated FERC certificates for inadequately considering the greenhouse gas footprints of some projects. Republicans and other critics said FERC’s policy statements exceeded its mandate.

Forecasts of ever-growing energy demand in the U.S. and around the globe mean Congress and regulators must make production and transport easier for energy producers, the Republican aide said.

“We cannot afford to be taking energy sources off the table, barring some magical, affordable technology innovation,” the person said, “which, you know, can always happen.”