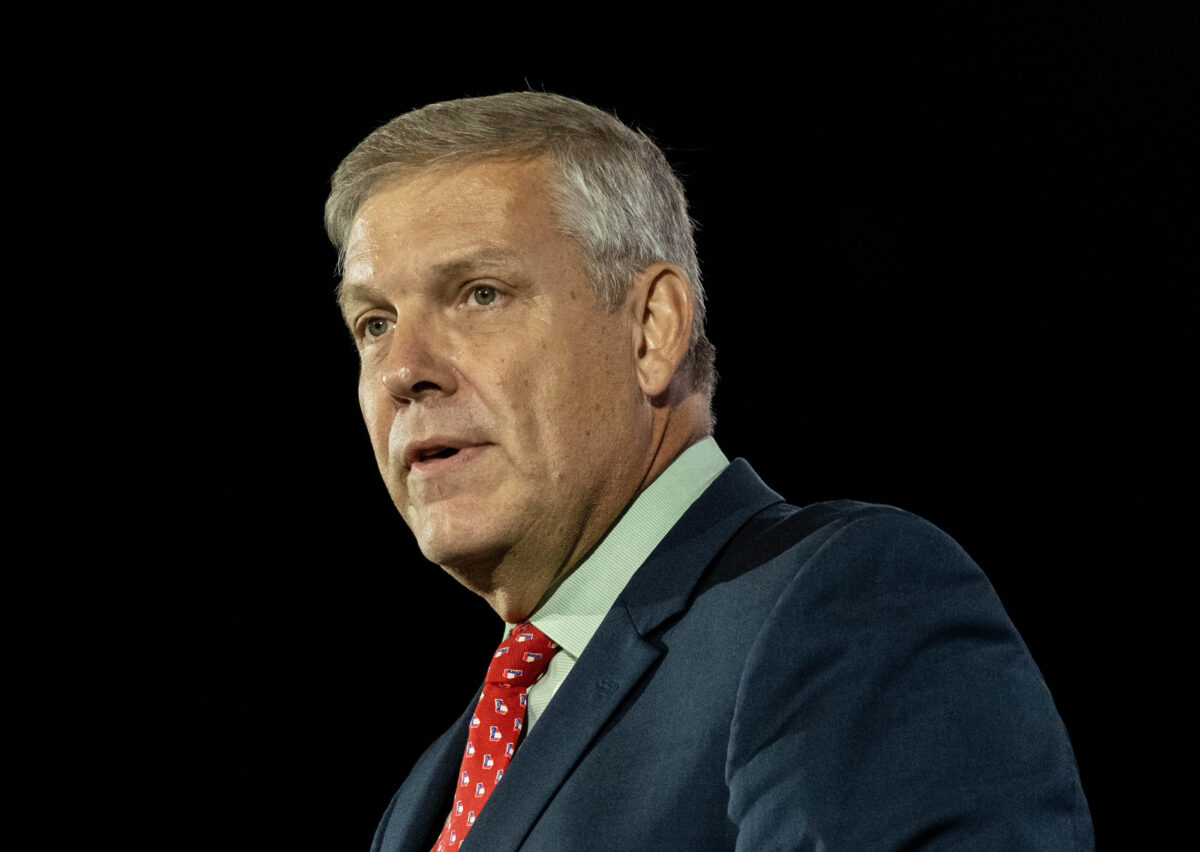 The FBI raid on former President Donald Trump’s Mar-a-Lago home is but another instance of government overreach, according to Rep. Barry Loudermilk (R-Ga.).

The congressman said the Aug. 8 incident will galvanize Republicans in the House to take a tougher approach to investigate misconduct across the entire bureaucracy in the event the GOP flips the chamber later this year.

“This is our government run amok and without constraints, and we have to rein it in,” Loudermilk told The Epoch Times.

“This seems like it’s a huge overreach,” he said.

“It rings of weaponization for political purposes of law enforcement, which also brings in huge concerns that the Democrats are about to pass a bill that increases the IRS by 87,000 agents. Are they going to be weaponized to this level as well?”

The congressman was referring to a provision in the Inflation Reduction Act that gives the Internal Revenue Service $45.6 billion in funding for tax enforcement activities, which is allegedly enough to hire up to 87,000 new agents. The bill passed both the Senate and the House and is now headed to President Joe Biden’s desk for signing.

“This is the type of thing that our founders and the framers of our Constitution were afraid that would happen in government if it wasn’t constrained,” Loudermilk said.

“We have to get back to the Constitution. And more importantly, Congress needs to more effectively do its job of overseeing and reining in a runaway executive branch.”

The search warrant was unsealed on Aug. 12, revealing that the raid was conducted as part of an investigation into whether the former president violated three U.S. laws relating to the handling and destroying of governmental records, defense information, and records on federal investigations.

Attorney General Merrick Garland on Aug. 11 confirmed that he personally approved the decision to seek the search warrant, adding that the department did not “take the decision lightly.”

‘Weed Out the Corruption’

For the GOP lawmaker, the FBI’s actions are emblematic of a broader problem.

“What you’re seeing out of the FBI is just a small sample of what we’re experiencing government-wide,” Loudermilk said.

“Across the entire federal spectrum is a level of corruption that runs very deep.”

While Loudermilk emphasized that he doesn’t believe this applies to the majority of federal employees, he said there are “certain people who have their own partisan agenda that they prioritize above their duty to serving the people of the United States.”

The public can thus expect a GOP-controlled House to aggressively step up its oversight of all aspects of government work.

“I think every single committee has to do a deep dive into every area of their jurisdiction, and we have to weed out the corruption,” he said. “Because a lot of these agencies they exist to increase … their power, their scope. They’re not there to support the American people. And they don’t feel that they’re accountable.”

Republican House leaders, furious at the raid which they describe as a weaponization of the bureaucracy to target political opponents, have already indicated as much.

Loudermilk himself has thrown his hat in the ring to lead the House Administration Committee if the GOP re-takes the majority in November, after the panel’s lead Republican Rep. Rodney David (R-Ill.) lost his primary in June. Loudermilk is the committee’s second-highest ranking Republican.

The congressman emphasized that no decision has been made by the GOP leadership about who would chair the committee and that the call ultimately lies with McCarthy. But if Loudermilk were to helm the panel, investigating the Jan. 6 committee would be a key priority.

“We need to bring those folks before our committee and ask some very hard questions,” he said, like: “Why didn’t they bring in more people to corroborate evidence? Why did they lie about certain things? Why did they make false accusations? Why did they not look in the directions they should be looking—like how do we secure the Capitol?”

He said the committee has been adopting “heavy-handed” tactics such as selectively using witness testimony and editing videos to “suit their narrative.”

“This is the type of tactic that they have been using. It’s wholly unacceptable,” Loudermilk said.

Cathy He is a New York-based reporter focusing on China-related topics. She previously worked as a government lawyer in Australia. She joined the Epoch Times in February 2018.