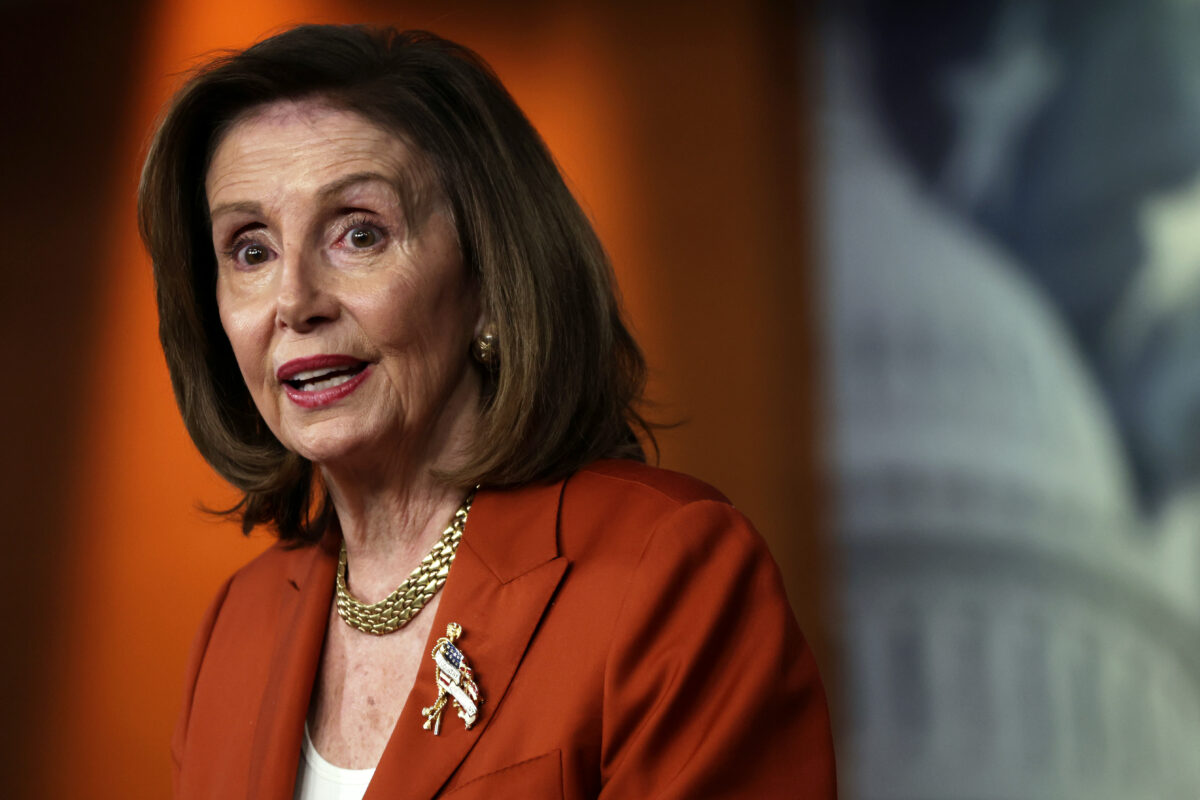 The House of Representatives on July 21 passed legislation to protect access to contraceptives after Supreme Court (SCOTUS) Justice Clarence Thomas suggested that precedents guaranteeing contraceptive access as a right should be reconsidered.

The bill, called the “Right to Contraception Act,” passed in a 228-195 bipartisan vote.

Following the vote, Mace, who supported the bill, openly expressed her support for the measure, suggesting that she supported it because of restrictive abortion laws in South Carolina that do not consider exceptions to abortion access.

“My state is Banning EXCEPTIONS Protect CONTRACEPTION,” read writing over several strips of tape pasted to the back of Mace’s jacket.

The House move comes after SCOTUS in Dobbs v. Jackson Women’s Health Organization ruled that the power to regulate abortion—which had been substantially restricted in 1973’s Roe v. Wade—must be returned to state legislatures.

Roe v. Wade, like many other controversial SCOTUS opinions touching on loaded social issues, was based on the Fourteenth Amendment’s guarantee to substantive due process.

The court insisted in the majority opinion that other substantive due process cases—including Obergefell v. Hodges, which dictated that states must permit gay marriage, and Lawrence v. Texas, which barred states from criminalizing sodomy—were not under threat.

“Nothing in this opinion should be understood to cast doubt on precedents that do not concern abortion,” Justice Samuel Alito wrote in the majority opinion.

However, in a concurring opinion Justice Clarence Thomas, considered by some the most conservative member of the court, called for SCOTUS to move beyond Dobbs to “reconsider” all substantive due process precedents.

SCOTUS, Thomas argued, has “a duty to correct the error established in those precedents.”

The basis for Roe v. Wade, Obergefell v. Hodges, and Lawrence v. Texas, among other cases, was founded in the court’s 7-2 majority opinion in Griswold v. Connecticut, which considered the permissibility of state restrictions on contraceptive access. In that decision, SCOTUS ruled that the various guarantees within the Bill of Rights—including the First, Third, Fourth, and Ninth Amendments—create “penumbras” that establish a right to privacy.

On this basis, SCOTUS decided that laws restricting contraceptive access were constitutionally impermissible.

The push to legalize contraceptive access through legislation comes amid an environment of fear among Democrats and liberals that the 6-3 conservative majority court may take up Thomas’s calls to reconsider Griswold and other substantive due process cases.

During debate before the final vote on the bill, Speaker of the House Nancy Pelosi (D-Calif.) blasted SCOTUS for causing such legislation to be necessary.

“It is outrageous that nearly 60 years after Griswold was decided, women must once again fight for fundamental freedom to determine the size and timing of their families,” Pelosi said. “But as Republicans turn back the clock on contraception, Democrats today are making it clear: We are not going back.”

She added later, “The associate justice of the court has been clear: We’ve only just begun to overturn women’s rights and individual freedom and privacy when it comes to interaction among us all.”

Pelosi, a Catholic, was in May ruled to be ineligible to receive Holy Communion for her support of abortion, which the Catholic Church strongly condemns. The Catholic Church also prohibits the use of contraceptives.

The bill passed on July 21, among other provisions, would codify contraceptive access at a federal level and would protect both individuals’ use of such products—including oral and emergency medications, intrauterine devices, and condoms—and health care providers’ ability to supply them, as rights.

States who violate the bill would be subject to legal action by the attorney general, as well as by health care providers or individuals whose access to contraceptives is restricted.

While Democrats unified behind the bill, Republicans suggested that the measure was rushed and unnecessary.

“First, this bill is completely unnecessary. In no way, shape or form is access to contraception limited or at risk of being limited,” Rep. Kat Cammack (R-Fla.) said during debate on Thursday. “The liberal majority is clearly trying to stoke fears and mislead the American people once again because in their minds stoking fear clearly is the only way that they can win.”

The Right to Contraception Act is the latest in a series of bills pushed through the chamber by the Democrat majority in the wake of Dobbs.

Other bills to respond to the decision have included a bill that would codify abortion as a right on a federal level, and another that would seek to codify the decision in Obergefell v. Hodges that declared gay marriage a federally-protected right.

With the bill’s speedy passage through the House, it remains to be seen whether it will receive sufficient GOP support in the Senate, where it will need to be supported by at least 60 senators to overcome the filibuster threshold.