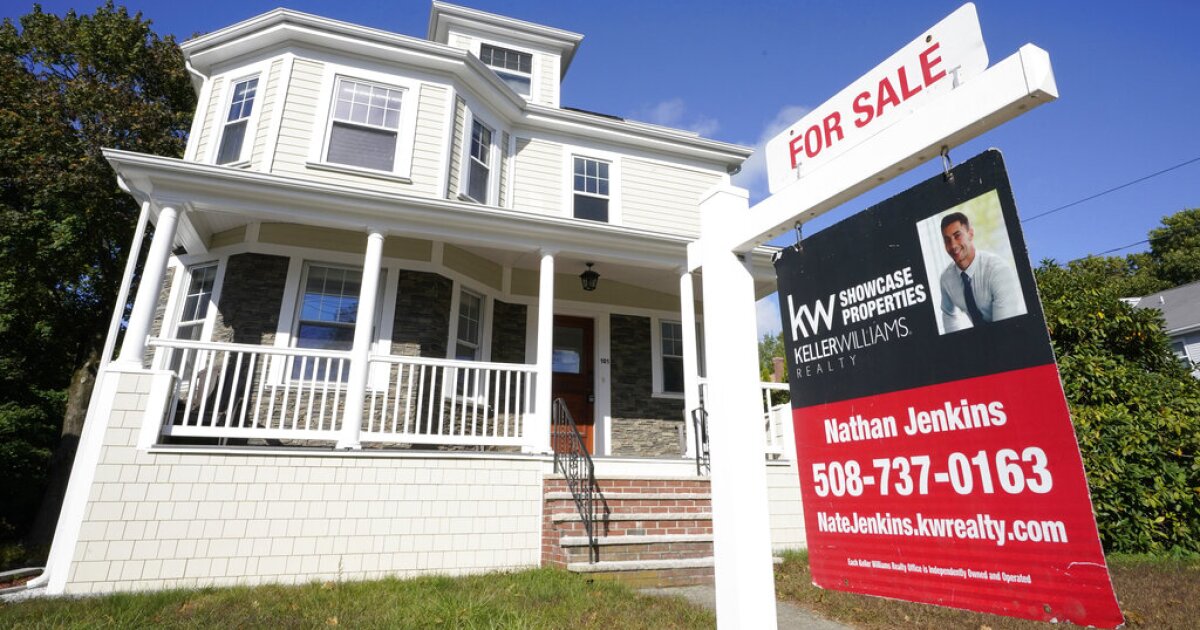 The number of housing starts tumbled in July, an indication that the housing market is taking a hit and may be falling into a recession.

Housing starts measure the annualized change in the number of new residential buildings that began construction. Last month, they declined by a hefty 9.6% to a 1.45 million annualized rate after posting slight gains in June, according to a Tuesday report from the Commerce Department.

Additionally, permits to build, which are seen as a proxy for future construction, decreased by 1.3% in July, further adding strain to the housing market.

Tuesday’s report is a sign that the Federal Reserve’s campaign to slow spending across the economy by hiking interest rates is taking a major toll on the housing market.

“Net, net, housing permits have been shrinking every month since the first Fed rate hike in March this year as home builders know what’s-what and which way the winds are blowing,” said Chris Rupkey, the chief economist at FWDBONDS.

“Recession has come to the residential construction markets right on schedule as interest-rate sensitive housing is the first sector to turn down when soaring mortgage rates make it more costly for home buyers,” he added.

The news comes a day after a report indicated that homebuilder confidence fell for an eighth straight month.

The housing market index released Monday by the National Association of Homebuilders and Wells Fargo found that builders’ confidence in the market for new single-family homes sunk 6 percentage points this month to fall into negative territory for the first time since a brief period at the start of the pandemic.

The eight straight months of falling homebuilder confidence is the longest such period of decline since the housing market crash more than a decade ago.

“Tighter monetary policy from the Federal Reserve and persistently elevated construction costs have brought on a housing recession,” said NAHB Chief Economist Robert Dietz. “The total volume of single-family starts will post a decline in 2022, the first such decrease since 2011.”

The declining housing market is a bad sign for the overall health of the economy, but it shows that the Federal Reserve’s aggressive interest rate hiking cycle is having an effect.

The Fed has been hiking rates at the quickest pace in decades in order to tame the country’s too-hot inflation. The action is designed to slow demand and cause prices to cool, although a side effect is there is a potential for recession.

While gross domestic product growth has been negative the past two quarters, a sign that typically signifies a recession, the labor market has remained stronger than most economists have expected.