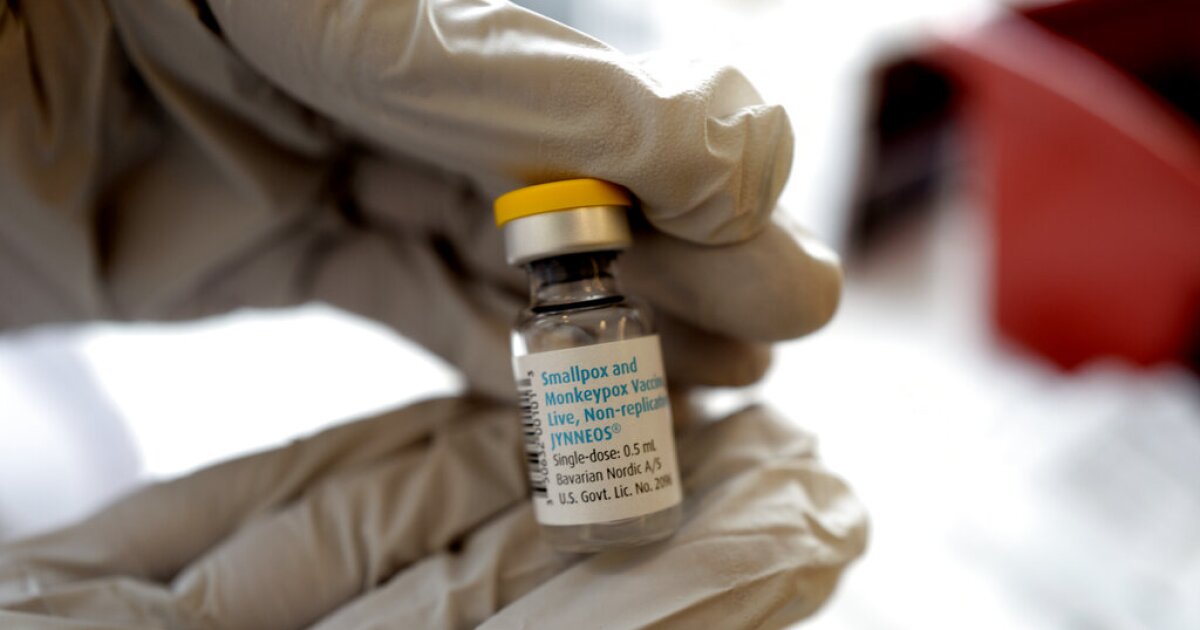 A new report paints a damning picture of how health officials in the Biden administration “miscalculated” the need for vaccines to combat monkeypox.

Sources who spoke to the New York Times fault the Department of Health and Human Services for failing early on in the outbreak to ask Denmark-based manufacturer Bavarian Nordic to prepare bulk stocks of the two-dose vaccine already owned by the United States for distribution. The U.S. government, which invested more than $1 billion in the vaccine’s development, is now distributing 1.1 million doses, which is less than the 3.5 million health officials estimate is necessary, per the report.

Further, the report notes, HHS does not expect the next delivery of half a million doses until October, and much of another 5.5 million ordered by the U.S. is not scheduled for delivery until next year.

Among the factors fueling the dilemma was the U.S. failing to replenish its national stockpile of roughly 20 million doses and waiting weeks after the first case was detected in mid-May to request delivery.

On May 23, HHS officials allowed Bavarian Nordic to deliver roughly 215,000 fully finished doses already purchased by the federal government to Europe instead of holding them for the U.S., the report said. At that time, the report added, there were only eight confirmed cases in the U.S., and the Food and Drug Administration had not yet certified the plant where the Jynneos vaccine was poured into vials.

Lawrence Gostin, a former adviser to the Centers for Disease Control and Prevention who has consulted with the White House about monkeypox, said there have been “the same kinds of bureaucratic delays and forgetfulness and dropping the ball that we did during the COVID pandemic.”

The Biden administration is taking steps to remedy the shortage, including searching for another firm to take over the final manufacturing phase of bottling, capping, and labeling frozen bulk vaccine stored at Bavarian Nordic’s headquarters outside Copenhagen. Discussions are underway with Grand River Aseptic Manufacturing, a Michigan factory that has helped produce COVID-19 vaccines, according to the report. The administration has also ramped up testing capacity from around 6,000 tests performed per week to over 80,000 tests per week.

“Our response has accelerated to meet evolving needs on the ground, and it will keep accelerating. We will use every lever possible to continue allocating doses ahead of timelines as possible,” HHS Assistant Secretary for Public Affairs Sarah Lovenheim told the news outlet.

President Joe Biden, who, according to the report, is upset by the vaccine shortage, has formed a team led by two veteran public health experts to lead the national response to the monkeypox outbreak. Robert Fenton, a regional administrator for the Federal Emergency Management Agency, is serving as the White House monkeypox coordinator. With him, Dr. Demetre Daskalakis, director of the Division of HIV Prevention at the CDC and an expert in health issues affecting gay and transgender people, is serving as deputy coordinator.

Monkeypox typically spreads via skin-to-skin contact with such symptoms as headaches, fevers, swollen lymph nodes, and rashes, among others. The CDC reported 6,617 confirmed monkeypox/orthopoxvirus cases as of Wednesday evening.