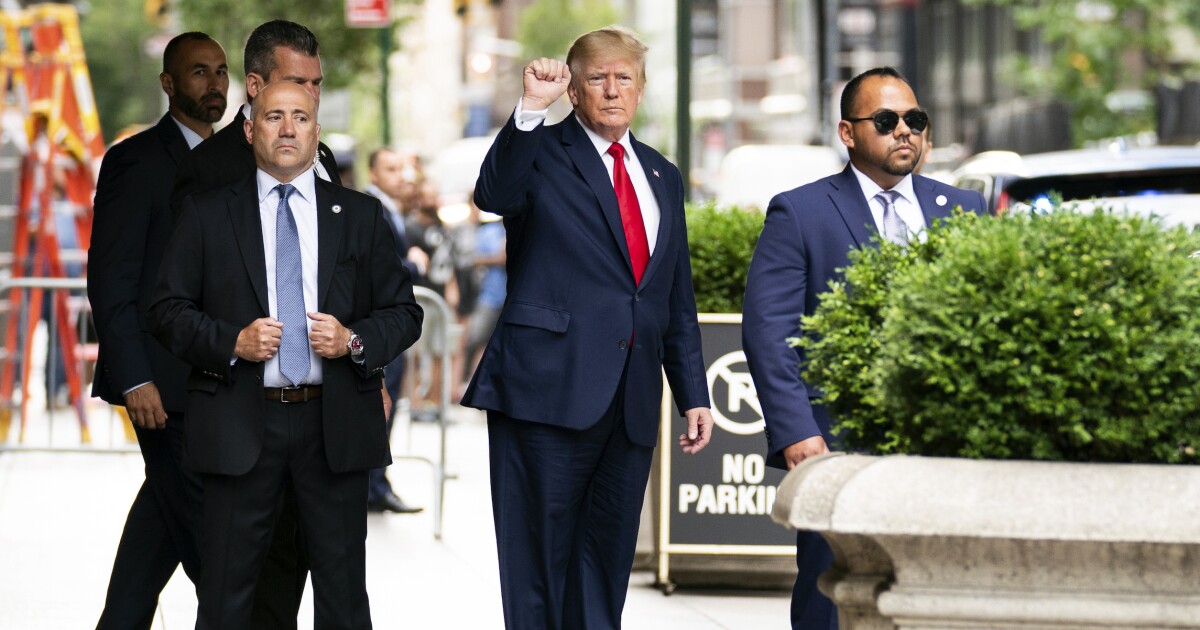 Former President Donald Trump has once again done the improbable: He has turned a possible federal criminal investigation into a political positive.

In the days since the FBI raided Mar-a-Lago, Trump has rallied the Republican Party behind him to a degree not seen since he was in the White House, once again sucking all the oxygen out of the room for other Republicans who might want to run for president in 2024 or are on the ballot in other races this year.

The big question is whether Trump can sustain this momentum as more information about the FBI search is made public, including what exactly the bureau was looking for, why the warrant was issued, and other pertinent details Attorney General Merrick Garland indicated will soon become known.

Until then, Trump is being feted by congressional Republicans who pledge to investigate the Justice Department if their party wins back the majority in November. He is watching his would-be future rivals demand answers from Garland and FBI Director Christopher Wray, a Trump appointee.

Trump has also extended his lead over those rivals. A Politico-Morning Consult poll taken in the aftermath of the Mar-a-Lago search found that 57% of Republicans and Republican-leaning independents would support Trump for president in 2024. That’s a 40-point lead over the runner-up, Gov. Ron DeSantis (R-FL), who dropped from 23% in a previous poll to 17%.

“The raid of MAL is another escalation in the weaponization of federal agencies against the Regime’s political opponents, while people like Hunter Biden get treated with kid gloves,” DeSantis said in his response to Tuesday’s events. “Now the Regime is getting another 87k IRS agents to wield against its adversaries?”

Republicans overwhelmingly opposed the raid by a 72% to 15% margin, with another 13% offering no opinion, according to the poll. Overall, 41% considered it an abuse of power that should be investigated, a single percentage point ahead of those who answered it was not an abuse of power at all.

But the survey also contains words of warning for Trump. A plurality of independents and 84% of Democrats approve of the raid. Some 58% of voters believe Trump broke the law as president, with 42% saying he definitely did and another 16% concluding he probably did. This includes nearly 1 in 4 Republicans, though only 9% of GOP voters definitely think Trump violated the law while in office.

After the search warrant is unsealed, per a Justice Department motion, those numbers could get quite a bit worse.

The underlying facts could at least test Trump’s theory, articulated in a memorable 2016 campaign quote, that he could “shoot somebody” on Fifth Avenue in New York City and not lose any votes.

In the meantime, Republicans are on record standing with Trump. DeSantis blasted the FBI’s actions as reminiscent of a “Banana Republic.” House Minority Leader Kevin McCarthy (R-CA) warned in a statement, “Attorney General Garland, preserve your documents and clear your calendar.”

“They’ve been after President Trump as a candidate, as President, and now as a former President,” Gov. Kristi Noem (R-SD) wrote on Twitter. “Using the criminal justice system in this manner is un-American.”

The warrant and inventory of confiscated items will test some of these assertions when made publicly available. Other Republicans will then have to decide whether to recalibrate their defenses of Trump to avoid going too far out on a limb.

“Didn’t Trump famously say that there’s no need to plead the Fifth Amendment if you didn’t do anything wrong?” a veteran Washington, D.C.-based Republican operative asked after the former president was deposed by New York Attorney General Letitia James. The operative expressed concern that all the legal issues swirling around Trump could eventually take their toll on the party.

At the same time, most Republicans in Congress and across the country stood by Trump through two impeachments and numerous controversies. GOP lawmakers who voted for Trump’s second impeachment following the Jan. 6 Capitol riot have proven vulnerable to primary challenges.

“Trump is the most powerful leader in the party,” said a second Republican strategist. “But we’re all waiting for the other shoe to drop.”