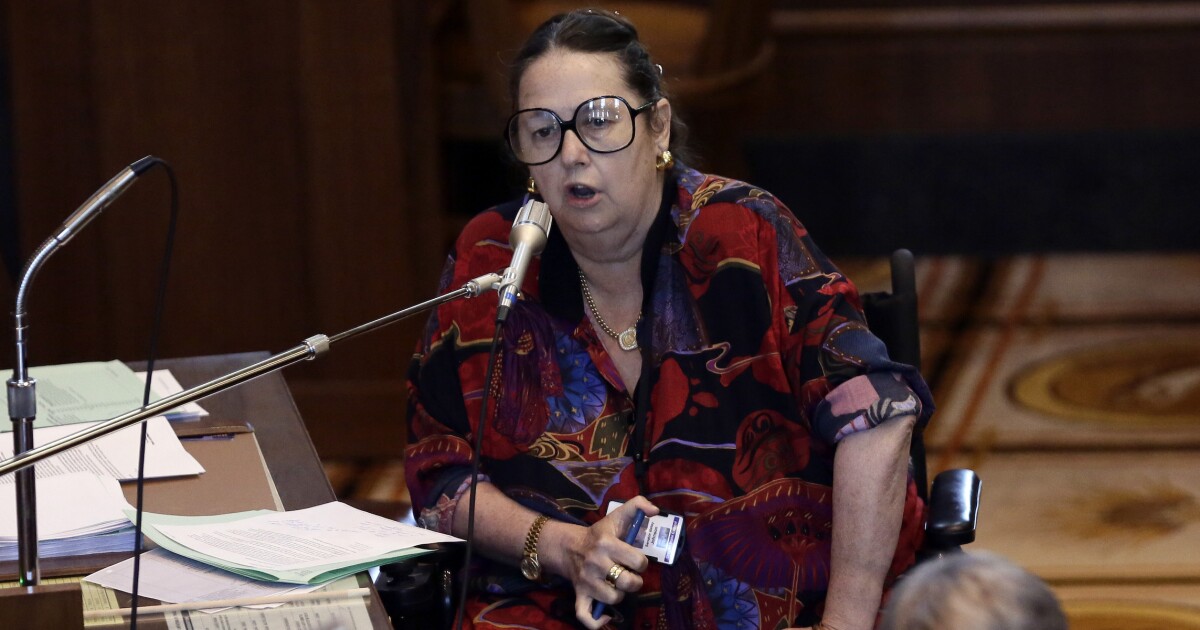 If Republican Christine Drazan becomes the first candidate from her party to win Oregon’s gubernatorial race in 40 years, she will likely have a quirky independent candidate to thank after Election Day.

That’s because Betsy Johnson, a popular unaffiliated candidate in the race to become Oregon’s next governor, has scrambled expectations about who can win and how in a state that swung for a Democratic president by 16 points just two years ago.

PERFECT STORM IN OREGON COULD PAVE WAY FOR REPUBLICAN GOVERNOR

“I think the fact that she’s running as an independent, rather than actually running as the Republican she is, is probably helping her because Oregon generally does not go to Republican candidates,” Ross Robbins, a Portland voter who says he supports Democrat Tina Kotek, told the Washington Examiner. “But also, I think there is the sense that people are kind of fed up with the way things have been going.”

Johnson served as a Democrat in the state Senate for more than 15 years but launched her gubernatorial bid as an unaffiliated candidate. She was among the most centrist of the Democratic state lawmakers.

Jay Snell, another Portland voter, said he believes Johnson has performed well in the race so far “probably because the rest of them are professional politicians and, you know, she’s just her.”

“I’m sure she has some political affiliations, but it isn’t what she hangs her hat on,” Snell said.

Johnson has pulled in millions of dollars in the governor’s race, including a sizable sum from Nike founder Phil Knight, which helped her advertise earlier and more often than her opponents, noted Christopher Stout, a political science professor at Oregon State University.

“She just had so much money so early in the race,” Stout told the Washington Examiner. “Most third-party candidates can’t raise the kind of money she was raising.”

The Oregon governor’s race this year has become remarkably competitive as voters sour on the incumbent leader’s positions on crime and the economy. National stars from each party, including President Joe Biden on the Left and Virginia Gov. Glenn Youngkin on the Right, have parachuted into the state to boost their side’s contender.

Johnson has managed to float above much of that crossfire, Stout said.

Drazan heads into the final two weeks of the race with a razor-thin lead, according to a weighted polling average from the data website FiveThirtyEight. The Republican candidate has led in six of the eight most recent surveys, although neither she nor Kotek has consistently polled above the low 40s in terms of the percentage of voters backing them.

That’s where Johnson’s candidacy could have the most impact.

By siphoning off a double-digit share of support — and, according to some analyses, pulling more of that support from the Democratic Party than from Republicans — Johnson could clear a path for Drazan to win the governor’s race with an unusually small share of the vote.

Drazan leads the gubernatorial field, according to the FiveThirtyEight average, with less than 39%.

Should the election results mirror current polling numbers, Drazan could win with a margin similar to, or even below, the losing margin of failed Republican gubernatorial candidates in previous elections.

“The better Betsy Johnson does, the greater the likelihood that Drazan wins the election, I think,” Stout said.

Johnson has worked to position herself as a nonpartisan problem solver in a state beset by intractable problems.

“I’m not running as a Democrat or as a Republican,” she wrote. “I’m running as an Oregonian — loyal only to the people, not the entrenched partisan interests in Salem. You don’t have to leave your party to support me, you only have to want a better Oregon.”

Loretta Guzman, the owner of a shop called Bison Coffeehouse that was attacked by vandals due to her advertisement of a community event with police, said she believes Johnson is more popular than her numbers suggest.

“They show her polls being low, but I think a lot of people are looking at her,” Guzman said.