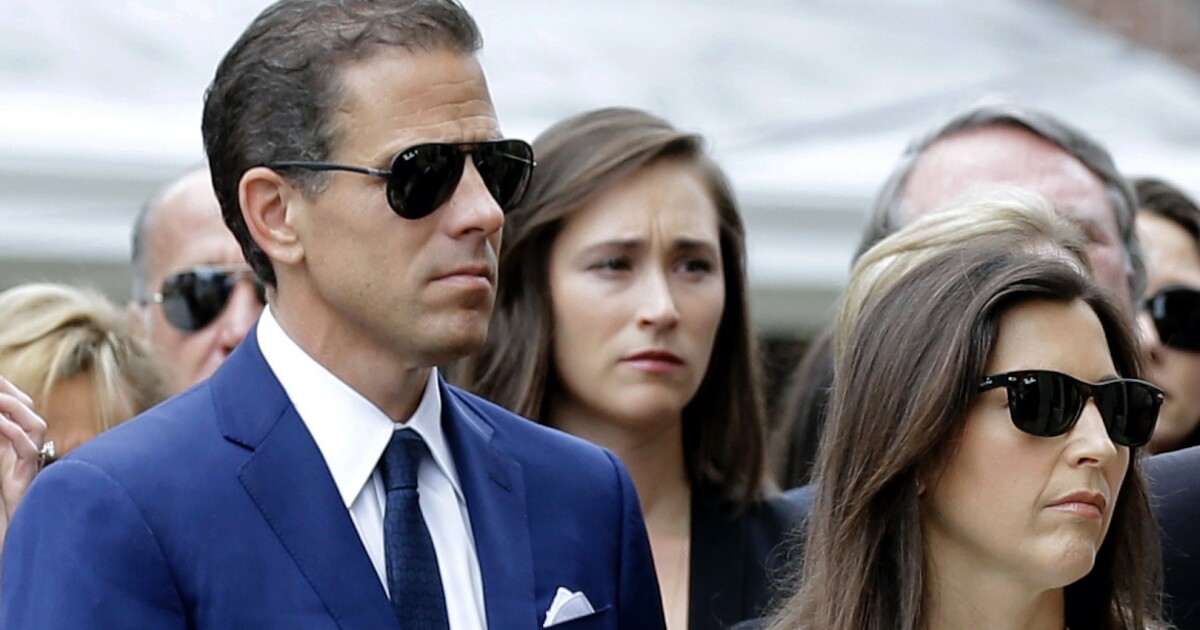 Delaware State Police considered Hunter Biden the victim in an October 2018 incident in which his handgun was discarded in a grocery store trashcan near a Delaware high school, according to a source with knowledge of the investigation into the incident.

No arrests were made as a result of the incident because Hunter declined to press charges against his sister-in-law, Hallie Biden, the source said. Hallie, who was in a tumultuous relationship with Hunter at the time, took Hunter’s gun from his car on Oct. 23, 2018, wrapped it in a shopping bag, and threw it in a trashcan outside a Janssen’s Market grocery store because she said she was scared for his life.

“He was technically a victim of a theft of a firearm. But in Delaware, we don’t prosecute unless a victim is willing to pursue prosecution, so that incident was cleared out with no victim cooperation,” the source said. “Which means the victim does not want prosecution.”

Hunter and Hallie did not return requests for comment.

Federal prosecutors are reportedly weighing charges against Hunter for lying on the firearms transaction record he filled out when he purchased the gun 11 days before the incident, according to CNN.

Hunter falsely answered, “No,” on the form when asked: “Are you an unlawful user of, or addicted to, marijuana or any depressant, stimulant, narcotic drug, or any other controlled substance?”

Hunter detailed his struggle with his addiction to crack cocaine in his memoir, Beautiful Things. Records from a copy of his abandoned laptop show he frequently used the illegal substance around the time of the discarded gun incident.

HUNTER BIDEN COULD GO TO PRISON FOR FAILING TO REGISTER AS FOREIGN AGENT: REPORT

Hunter berated Hallie, the widow of his brother Beau, and accused her of ruining his life after she informed him she had taken his gun from his unlocked car and discarded it in a public trash can, according to text messages from a copy of Hunter’s abandoned laptop previously reported by the Washington Examiner.

“It was open unlocked and windows down and the kids search your car,” Hallie told Hunter, adding, “I’m scared you would use it hunt … I’m scared for your life hunt.”

Hunter told Hallie that her actions give the impression he’s “an abusive pedophile with homicidal tendencies” and said, “That’s now in the hands of the FBI.”

“Beau owned a handgun issued by the state and I[t] was in the front glove compartment of his car. So f*** you … What right do you f***ing have Hallie,” Hunter texted Hallie just hours after she discarded his gun. “There are 5 guns in dads house. There are f***ing more weapons in your sons room then in an armory.”

Hunter added, “I’m proven unstable when you put a gun in the trash can at Jansens out of FEAR. What fear. Hunter is either insane. Homicidal. Or just a ducking f*** up drug addict.”

Hunter told Hallie the FBI and police wanted to question him about whether he had threatened Hallie with the gun.

“The police and fbi still want to talk about whether I’m threatening you,” Hunter texted Hallie the evening of Oct. 23, 2018. “I now threatened you and your family with a gun … You have truly f***ed me over.”

Two Secret Service agents allegedly tried to retrieve Hunter’s paperwork from the Wilmington, Delaware, shop that sold the gun to him 11 days before the incident, but the shop owner refused their request, according to Politico.

The Secret Service said it had no record of any involvement in the matter.