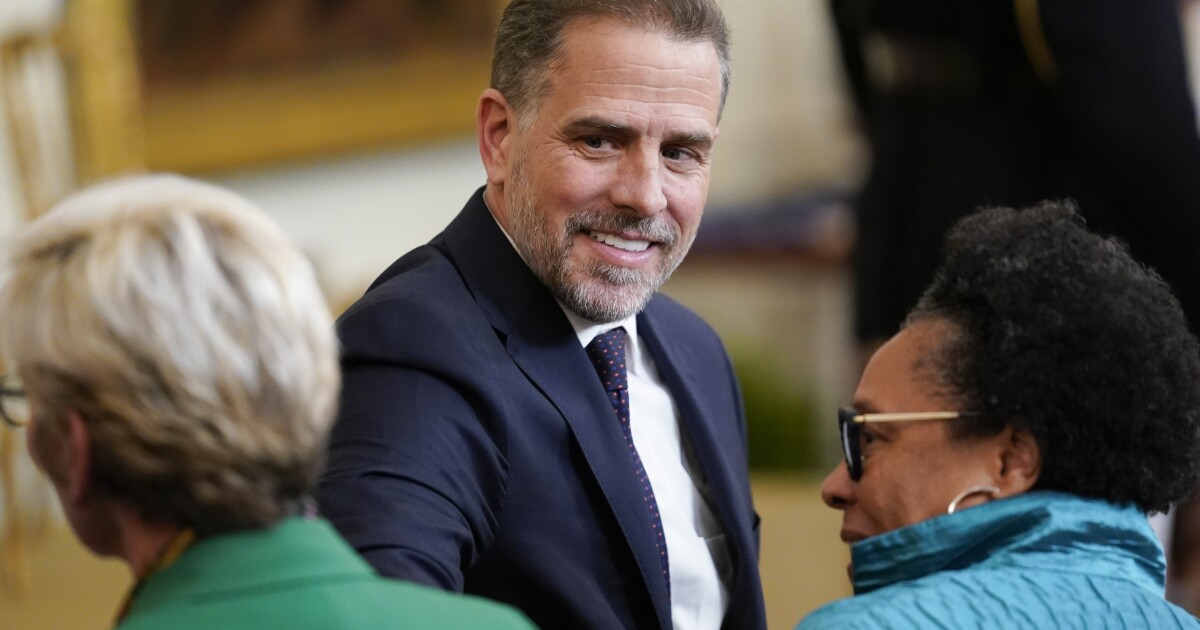 Two top Republican senators have demanded the Justice Department and FBI launch a full investigation into Hunter Biden’s laptop, including the revelation unearthed on Hunter Biden’s laptop by the Washington Examiner that President Joe Biden apparently unwittingly financed his son’s participation in an escort ring tied to Russia.

The Republicans asked Garland and Wray to answer whether “the FBI investigating Hunter Biden for criminal violations relating to his reported use of escorts linked to human trafficking rings” and if “the FBI defensively briefed Hunter Biden for counterintelligence concerns raised by his close financial associations with individuals linked to the communist Chinese government and other foreign governments and his reported association with foreign escorts.”

Hunter Biden spent over $30,000 on escorts, many of whom were linked to “.ru” Russian email addresses and worked with an “exclusive model agency” called UberGFE, during a 3 1/2 month period between November 2018 and March 2019. He managed to do so thanks in part to Joe Biden committing to wiring him a total of $100,000 to help pay his bills from December 2018 through January 2019. Some of Hunter’s payments may have generated suspicious activity reports with his banks.

Congressional Republicans have begun saying they will investigate further.

Grassley and Johnson pointed out that their September 2020 report on the Biden family noted that records in their possession indicated that “Hunter Biden paid nonresident women in the United States who are citizens of Russia and Ukraine” and that some transactions are linked to what “appears to be an Eastern European prostitution or human trafficking ring.”

“These findings of potentially criminal behavior must be thoroughly investigated by law enforcement entities according to the highest ethical standards,” Johnson and Grassley told the DOJ and FBI. “Yet, due to your agencies’ continued failure to provide Congress with answers to its legitimate oversight questions, we have serious concerns about your review of this matter as well as the ongoing Hunter Biden criminal case.”

Grassley and Johnson lamented that “rather than take these disturbing revelations seriously” when their 2020 report was released, “the partisan press quickly rushed to dispel any notion of potential wrongdoing connected to Hunter Biden.” The Republicans said that “instead of investigating potential links between Hunter Biden and human trafficking rings, the media falsely characterized our findings,” with the duo pointing to a September 2020 New York Times story that shrugged off the report as “little more than a rehashing of unproven allegations that echoed a Russian disinformation campaign.”

The senators continued, telling Garland and Wray: “Your continued failure to answer fundamental questions with respect to the Hunter Biden criminal case not only calls into question DOJ’s and FBI’s handling of the matter, it calls into question whether DOJ and FBI will take the necessary steps to pursue other relevant investigative threads.”

They wrote: “With respect to that criminal case, we’ve made our ongoing concerns clear with respect to DOJ’s handling of it. … To date, the Biden administration has refused to answer whether there have been any recusals from the Hunter Biden criminal case based on conflicts of interest or other reasons.”

Hunter Biden disclosed in text messages to a woman named Eva, the go-between who served as his primary point of contact for UberGFE, that his accounts were temporarily frozen at one point because his payments to her “girls” with Russian email accounts were too much of a “red flag” for his bank. He spent over $30,000 with Russian escorts linked to Eva and UberGFE between Nov. 26, 2018, and March 10, 2019. Eva directed him to make payments to bank accounts linked to Russian email addresses at least 11 times during that time frame.

The website tied to UberGFE had touted locations in “Moscow — St. Petersburg — Kiev” and currently says its “head office of operators” is in Ukraine.

In an 83-second video retrieved by the Washington Examiner that Biden filmed and sent to Eva in January 2019, he can be heard having a conversation with an escort, asking if he ever hurt her. His father helped wire him $5,000 that day.

Hunter Biden also revealed he was under federal investigation for his taxes shortly after the 2020 election and is reportedly being scrutinized for possible money-laundering, as well as possible foreign lobbying violations under the Foreign Agents Registration Act.

Grassley and Johnson also asked about whether Weiss’s office has “received sufficient resources and support from the Justice Department to properly execute the Hunter Biden criminal case” and whether Garland and Wray have “discussed the need for a special counsel or independent counsel to properly investigate.”