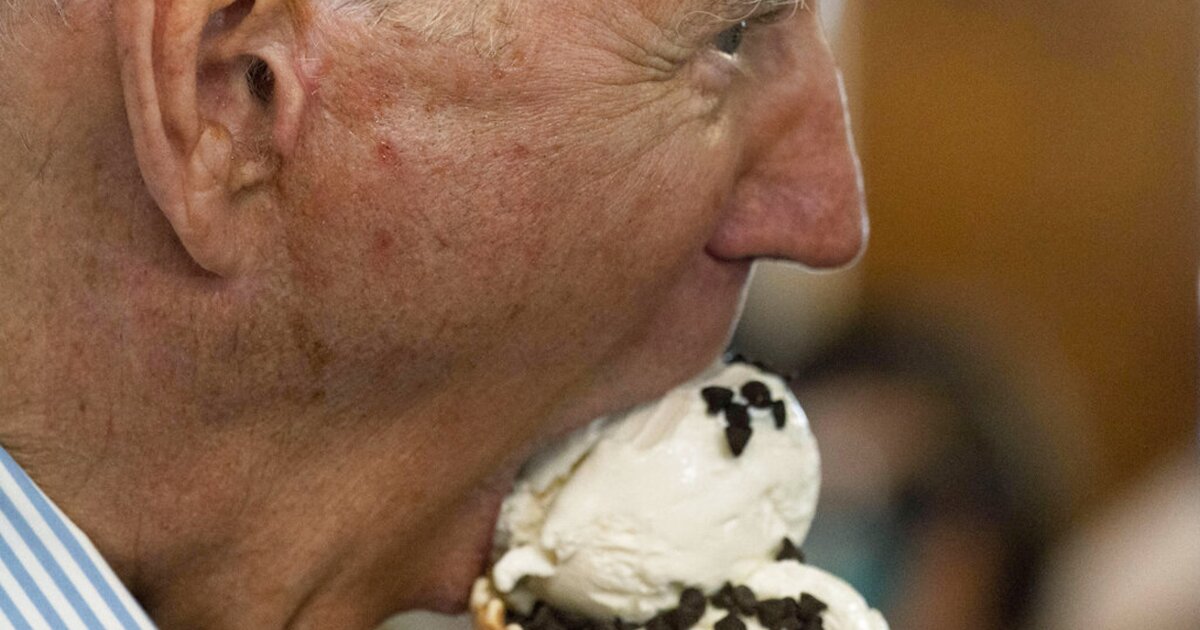 Roughly 330,000 people walk through the New York City hub every day, and those walking through on Thursday bore witness to the image of the president eating an ice cream cone, according to a report.

The electronic attraction was put up by the business advocacy group Job Creators Network, the report noted.

Along with the image of Biden eating the frozen delight, the billboard also displays a series of statistics displaying the inflated prices of the ingredients needed to make ice cream, according to the report.

“HERE’S THE SCOOP: Bidenflation is a recipe for disaster,” the sign read, adding, “C’mon Joe, the numbers don’t lie.”

The billboard is meant to act as a rebuttal to the president’s recent claim that the economy is “strong as hell,” according to Job Creators Network President Alfredo Ortiz.

“I’m sure the small business owner who scooped that ice cream cone could have given him an earful about their struggles with supply chains and inflation,” Ortiz said. “Bidenflation is giving this economy a painful ice cream headache.”