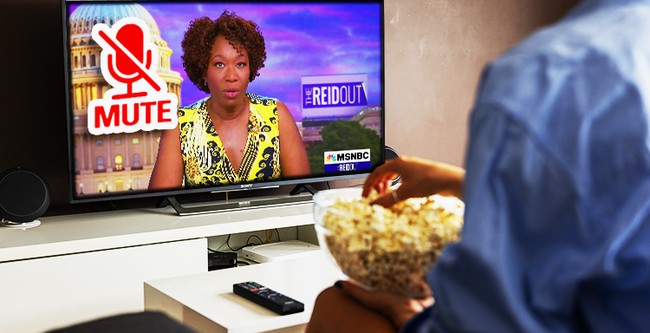 You have probably heard someone at one time dismissively describing a politician as “So horrible a salad bar could do a better job!” Well, in Great Britain that has almost come true. There was serious news from England that the newly installed Prime Minister Liz Truss stepped down after less than two months in office. Her embattled tenure was such that barely a week ago one local tabloid, The Daily Star, set up a challenge of sorts.

The editors fashioned a table with a photo of Truss beside a head of lettuce. They then set up a webcam and established a live video feed on YouTube in an effort to see which one would last longer. The site is triumphantly boasting the lettuce victory today.

It makes no sense, and yet somehow @DailyStar has been proven correct. pic.twitter.com/aKxEEuhr6g

It has been almost two full years now since the press began to engage in the practice of deeming just about anything they disagreed with on a policy front as being “a threat to democracy.” Proposals from the right or opposition to proposals from the left, as well as just about every single republican, were automatically framed as being an inherent threat to the very underpinnings of our liberty and existence as a nation.

With this insistence that preserving our democracy was the preeminent priority for all politicians and every citizen, you would think that every perceived threat would need to be highlighted and dealt with accordingly, especially if a majority of Americans pointed out something as being an inherent threat.

Funny then that a recent poll is not getting the usual air raid siren coverage, considering that more than half of the citizens were citing what they saw as a threat to democracy.

The desperation from Chris Hayes is becoming more palatable by the evening as we approach the midterms. His recognition of how bad the prospects are for Democrats has him nightly straining to sell us on how magnificent everything is right now and that Joe Biden and the Democrats are delivering a beatific existence for all of us if we would stop being too stupid to realize it!

Gas prices are going to determine the health of our democracy going into this election, according to Hayes. OPEC, and other forces, are now conspiring to keep gas prices higher in order to see that Democrats are not elected. Well, Chris, a solution to that might be to have our domestic oil production back at the levels we were recently at when we were at a net export level. But when Joe Biden is off begging the Saudis and Venezuela to boost our import amounts, that places the Dems on shaky ground.

.@chrislhayes: “We find ourselves in a situation where keeping gas prices low is key to preserving and strengthening the future of our democracy. And so here we are. Hence, Biden releasing oil from the reserves today.” pic.twitter.com/WFP3wtPwsh

We may need to call for a moratorium on Joy submissions if she continues uttering unignorable blather. She has taken things even further in her departure away from reality and common sense. And – YES – this does involve racism, once again.

This time, she is calling out Governor Ron DeSantis as creating a Jim Crow state. She unspools a list of things she takes exception to – all of which are inaccurate, by her reading. But then she launches into the heart of her gripe. Recently, Florida arrested 20 felons who had voted illegally in the last election. Reid calls this pure racism and even declares that arresting Democrats means they were black voters. Nothing at all racist in that assumption, correct?

Except, not all of those arrested were black. In fact, barely half – 12 out of the 20 – were even Democrats.

Watch as Joy Reid claims that Ron DeSantis only arrested black felons who illegally voted. How is that not a racist assumption?
She also missed that barely half of them were even Democrats. pic.twitter.com/gqQMZ3KWJX

Somewhere Brian Stelter must be kicking a Corgi out of frustration. The deposed media maven loved to things about his former gig – railing at Fox News and compiling spelling errors and typos from Trump’s Twitter account and other conservative sources.

Oh, if only he were around when those two forces converge at the same time, as Tucker Carlson’s team bizarrely misspelled “Rwandan” on the graphics for his show last night.

Somewhere @BrianStelter is crushing a can of watermelon hard seltzer in frustration that he cannot cover this abomination of a chyron on Tucker’s show! pic.twitter.com/2KCAltRtTO