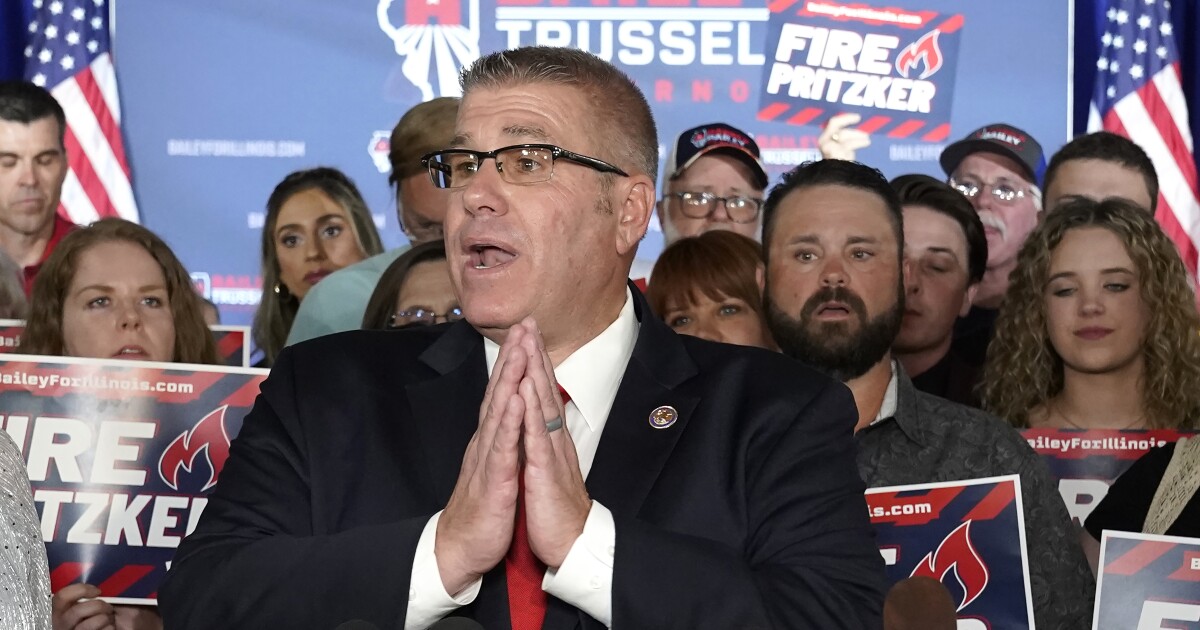 “We’re just going to take a moment and pray for the families, friends, let’s pray for the law enforcement, and even the organizers of this parade,” Bailey said from Skokie, about 20 minutes away from the shooting. “They’ve done an amazing job, there’s a lot of confusion and frustration that the parade’s being canceled, but they did the right thing because people’s safety has got to come first.”

“Let’s move on and celebrate the independence of this nation,” Bailey finished just before his livestreamed prayer.

‘SOMETHING NEEDS TO BE DONE’: WHITE SOX PLAYER CALLS FOR STRONGER GUN LAWS

“My intent was to pray for the victims and those affected by today’s tragedy and for the shooter to be caught and prosecuted without further loss,” he said in a statement to Business Insider. “I apologize if in any way we diminished the pain being felt across our state today.”

Six people were killed and over 30 injured as a result of the shooting at Highland Park’s parade. Bailey claimed the victims included “several people that we know.”

The filmed prayer featured campaign signs, American flags, and one participant dressed up as Uncle Sam.

“My team and I will continue reaching out to law enforcement, members of the public health community, and more to find workable solutions to address these problems,” Bailey wrote in another Facebook post on Tuesday. “We will also continue to call for a special session to prioritize our budget to better fund mental health services and law enforcement to ensure public safety is a priority in EVERY community.”

Bailey was endorsed by former President Donald Trump ahead of the Illinois primary in June.

Bailey, a state senator, beat five other Republican candidates in the June 28 gubernatorial primary and now faces Democratic incumbent J.B. Pritzker in the Nov. 8 election. Pritzker secured over 92% of the vote during the Democratic primary, in which he only faced one other candidate.