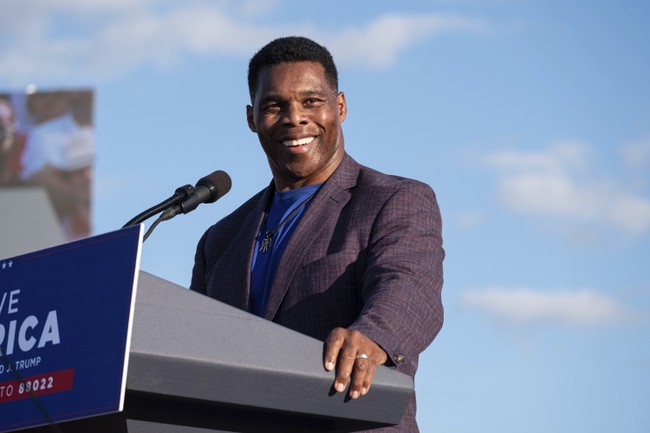 With the 2022 Midterms just 16 days away, all signs point to the richly-deserved Red Tsunami sweeping the current nest of vipers in the Democratic Party out of leadership positions in Congress. Over the weekend, the Real Clear Politics polling average predicted Republicans will regain the U.S. Senate with a 53-47 majority…which RCP projects will include new U.S. Senators Herschel Walker (R-GA) and Blake Masters (R-AZ.)

While that outcome on November 8th will help pump the brakes on disastrous Biden Administration policies which have inflicted damage on every aspect of American society in a scant two years…whichever political party controls Congress, unfortunately, won’t stop the continuing assault on our Freedom of Religion, the First Amendment and parental rights in America.

That job will fall—as it has for nearly three decades–to the nation’s largest Christian and conservative legal defense organization: Scottsdale, Arizona-based Alliance Defending Freedom. ADF is best known to most Americans as the legal group that has already won 14 victories in the U.S. Supreme Court including its successful defense of Masterpiece Cake Shop owner Jack Phillips; he’s the suburban Denver baker who was harassed by the State of Colorado because he declined to create a same-sex wedding cake which would violate his deeply held Christian faith.

ADF was established by evangelical Christian leaders including James Dobson, founder of Focus on the Family; Alan Sears, former director of the Meese Commission; D. James Kennedy, co-founder of Coral Ridge Ministries; and my one-time boss the late Marlin Maddoux, an Assemblies of God pastor and founder of the USA Radio Network. Alliance Defending Freedom is commonly seen as a powerful counterweight to the abysmal American Civil Liberties Union which has increasingly devoted itself to backing Leftist causes such as trying to ban Nativity scenes from town squares across America and helping turn public schools into cesspools of secular indoctrination of our children.

Michael Farris, a former Lt. Governor of Virginia who also founded the Home School Legal Defense Association in the 1980s, spent several years serving as CEO and General Counsel of ADF. He recently told me that Alliance Defending Freedom “has the mission of keeping the doors open for the Gospel. There are so many forces in our society today that want to foreclose all of our freedoms…and ultimately they’re railing against God himself in important ways.” Farris says these include attacks on the Biblical truth of God creating men and women as separate genders as well as seeking to diminish the sanctity of life itself by promoting so-called “abortion rights.”

Farris says Alliance Defending Freedom receives over 500 requests for legal help every month, and from all 50 states. He warns that in recent years there has been an increasing fierceness of the attacks on Christian students, adding that “it is alarming just seeing the sheer numbers of calls ADF is getting from parents at wits end about what’s going on at their kid’s public schools.” These include parents reporting their kids are being taught they are racist because of their skin color, and that their Christianity makes them “oppressors.”

What makes Alliance Defending Freedom so unique is that the non-profit never charges its ever-expanding number of clients a dime for their legal services. Instead, the non-profit organization counts on donations from concerned Americans to support ADF…which may ebb and flow based on the news cycle. (High-profile cases like Christian florist Barronelle Stutzman being threatened by government overreach in Washington State—or the aforementioned Supreme Court victory in the Jack Phillips case—clearly help increase donations.)

Currently, several radio talk show hosts including Dr. Sebastian Gorka, Hugh Hewitt, Todd Starnes, Brandon Tatum, and Eric Metaxas are raising funds on the air (https://give.adflegal.org/brandon) and interviewing ADF clients like Selina Soule…a former Connecticut high school runner who lost the opportunity to compete for a spot in the New England Regional Championships because two biological males (who “identified” as female) competed and won in her event. Selina applauds ADF lawyers for standing beside her and other female athletes in litigating against mandates that the sexes are equal in sports, adding that ADF lawyers demonstrate courage as well as legal acumen. “Most people are afraid of retaliation from coaches and administrators, from colleges and the workplace,” she says. “Without women being protected by Title IX, there will be no women’s sports programs. Everyone with a passion needs to stand up and speak out.”

Alliance Defending Freedom has a demonstrated track record of standing up—and winning litigation—for its clients as they challenge the “woke agenda” that threatens the First Amendment and religious freedoms of all Americans.

Salem Radio Network talk host Hugh Hewitt—who on Monday plans to devote his entire three-hour show to generating financial donations (https://give.adflegal.org/hugh) for ADF—has been allied with the 501c(3) non-profit legal group for over 20 years. “A third of their donations come from people who send in $50 or less,” Hewitt says, adding “That speaks volumes of how many Americans want to keep ADF in the fight for religious liberties and defending parents’ rights nationwide.”

As stated initially, the Midterms are critically important… so be sure to vote on November 8th. But please know that regardless of which political party governs America in the next Congress…if government overreach can threaten Selina Soule or Jack Phillips, it can also happen to you. On that fact alone, you might skip a night at the movies or a couple of pizzas and instead invest that same money in a tax-deductible donation to an organization that will always have your back: Alliance Defending Freedom.