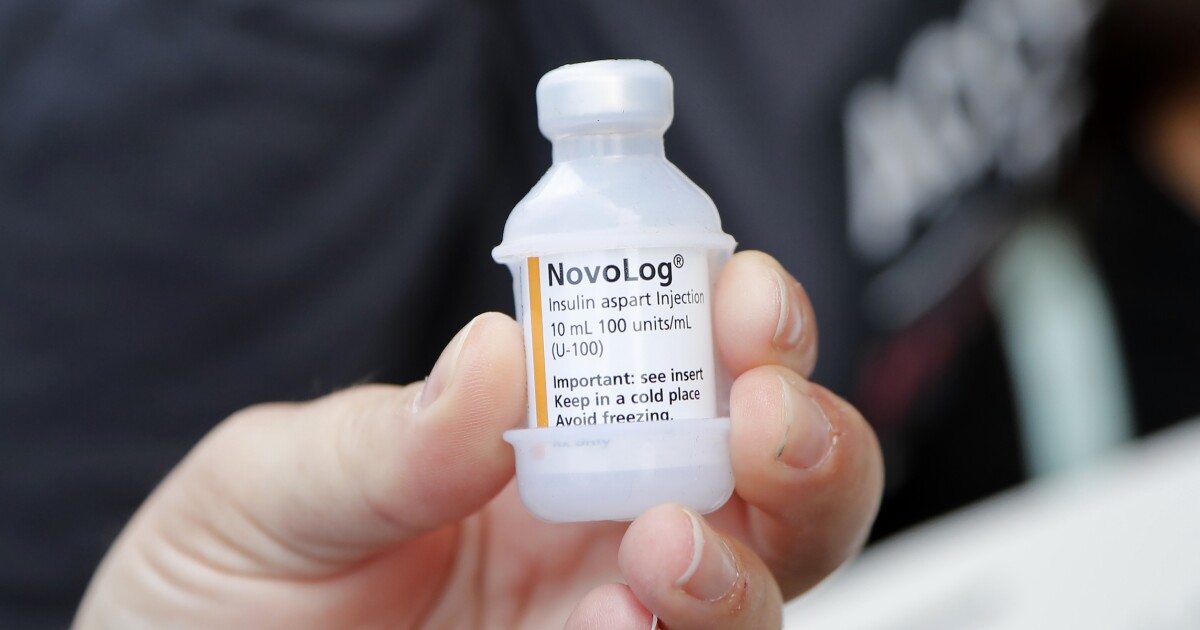 Insulin cost reform is absent from a new Senate Democratic measure for lowering drug prices, an omission that could spell trouble for the embattled party come November.

Democrats unveiled a set of policy proposals meant to lower the cost of prescription drugs, the centerpiece of which is a long-sought proposal to allow Medicare to negotiate prices for some medications directly with pharmaceutical companies. The proposal’s contents resemble those in drug-pricing legislation passed by the Democrat-led House, but it lacks language included in the lower chamber’s bill that would cap insulin prices for diabetics at $35 a month.

The $35 cap was first proposed in the Affordable Insulin Now Act introduced by Sen. Raphael Warnock (D-GA), which was then absorbed into a bill from Sens. Jeanne Shaheen (D-NH) and Susan Collins (R-ME). The newly dubbed INSULIN Act would, in addition to capping out-of-pocket insulin costs, entice insulin manufacturers to reduce list prices to 2021 net Medicare rates by ensuring that pharmacy benefit managers are blocked from negotiating drug rebates or other discounts on insulin.

“We support a number of approaches to addressing this issue, including government negotiation and rebate reform,” said Dr. Robert Lash, the Endocrine Society’s chief medical officer. “We remain supportive of the bipartisan INSULIN Act, which would lower the price of insulin through rebate reform and include a cap on out-of-pocket expenditures for consumers of $35 a month. These tactics would make insulin much more affordable for the millions of Americans who rely upon it.”

Warnock’s proposal for capping the out-of-pocket cost at $35 is popular, recent polling found. Sixty-one percent of all likely voters are strong supporters of Warnock’s proposal. That includes 72% of Democrats, 55% of independent voters, and 53% of Republicans.

The new Democratic legislation is meant to pass through reconciliation, a budget process that allows bills to bypass the filibuster, allowing for passage with just 50 votes. Joe Manchin (D-WV) sank the party’s previous attempt to reform drug pricing, but he has come around, according to Punchbowl News.

More than 37 million people in the United States live with diabetes. The out-of-pocket cost of insulin is so high that many diabetics have taken to rationing their supply, a dangerous practice that can lead to a severe condition known as diabetic ketoacidosis, leading to a diabetic coma or even death.

Omitting the measure to lower the cost of the treatment could imperil the Democrats’ chances in the midterm elections. The party suffered a major blow last winter with the collapse of the Build Back Better Act, with which lawmakers aimed to lower the cost of prescription drugs. Revitalizing that key objective could do the party’s most vulnerable senators some favors come November.

A sticking point of the legislation is its proposal to allow Medicare, which provides health coverage to seniors over 65, to negotiate maximum prices for a subset of select drugs with manufacturers. The push to allow direct pricing negotiations between drug companies and the federal government has rankled conservatives. Democrats, meanwhile, have repeatedly pushed for the government’s pricing power for years without much success.