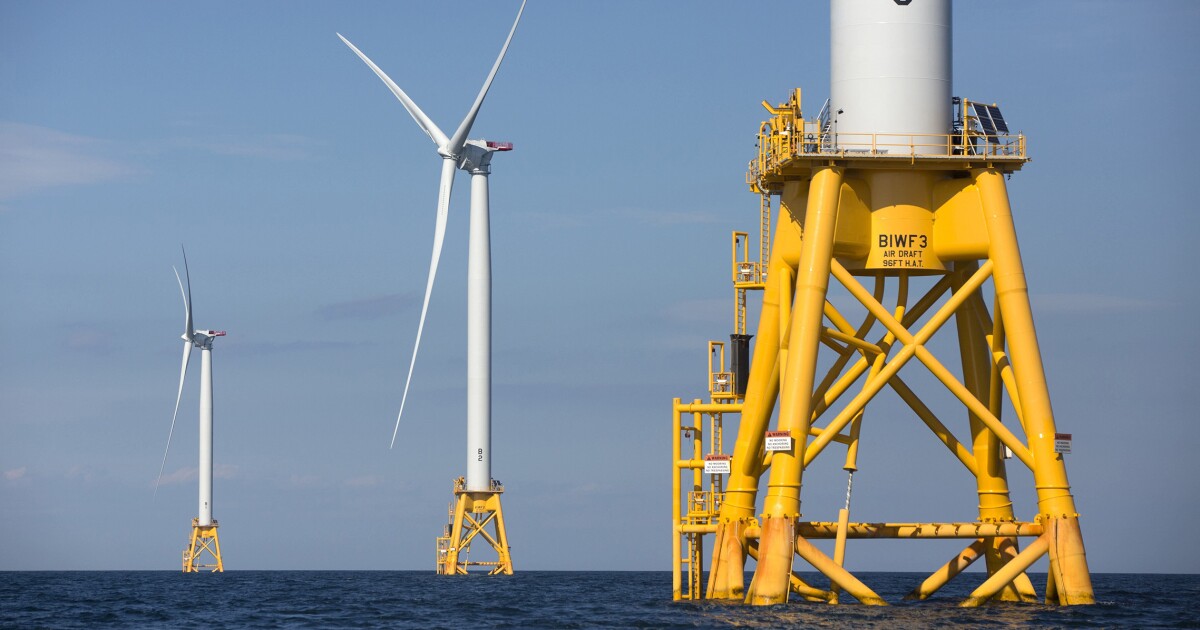 The Interior Department said Wednesday that it is advancing two offshore wind projects in the Gulf of Mexico, identifying an area of roughly 700,000 acres for possible development as the Biden administration looks for ways to expand its clean energy projects to fight climate change.

President Joe Biden announced the efforts during a speech in Somerset, Massachusetts, on Wednesday, where he outlined a series of steps his administration is planning to take to meet his goals of cutting greenhouse gas emissions, including by switching to clean energy alternatives.

“Today, we began the process to develop wind power in the Gulf of Mexico for the first time,” Biden said in Somerset, describing the two proposed offshore projects as a “real opportunity” to power millions of homes using clean energy.

DAILY ON ENERGY: EUROPE GETTING TIRED OF BEING STRUNG ALONG BY PUTIN ON GAS

“Let’s clear the way for clean energy and connect these projects to the grid,” Biden said, adding that he has directed his administration “to clear every federal hurdle and streamline federal permitting” to bring these clean energy projects online “right now and right away.”

Together, they would have the combined potential to power more than 3 million homes, according to a White House fact sheet.

“The promise of renewable energy is undeniable, as is the momentum for a clean energy transition,” Interior Secretary Deb Haaland said in a statement.

“Today’s announcement in the Gulf of Mexico is one of many commitments we are making to spur innovation, create good-paying jobs, and collaborate with states, Tribes and communities to ensure that we are doing everything we can to care for our Earth,” she added.