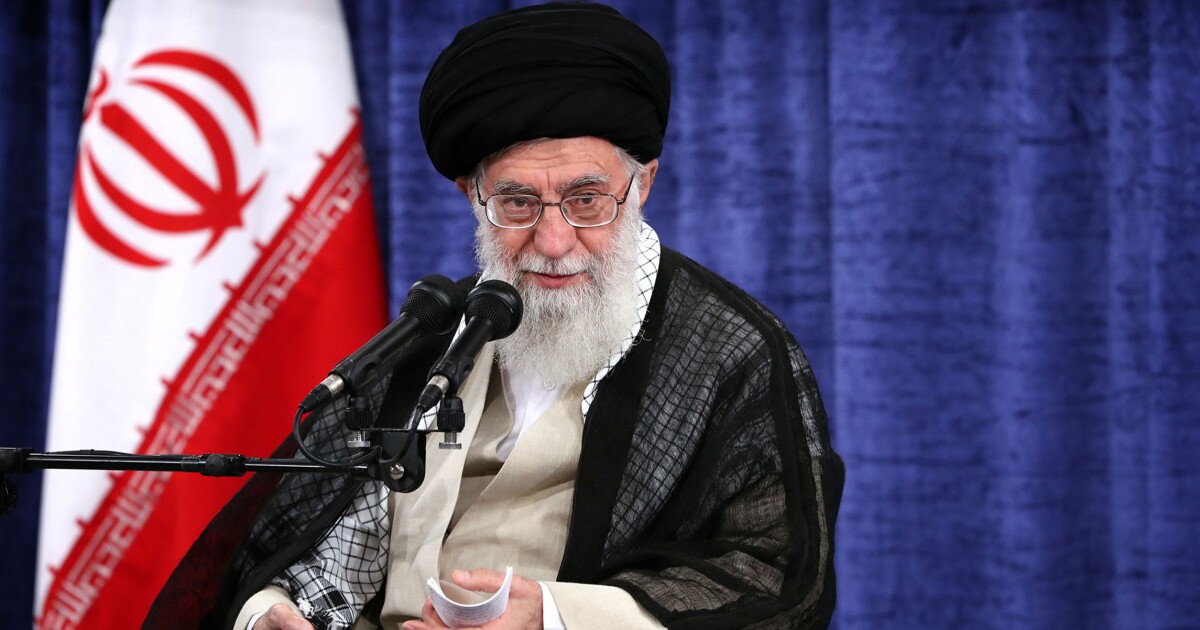 The Biden administration is still holding out hope that Iran will accept the deal on the table to reenter the 2015 Joint Comprehensive Plan of Action, but the Democrats’ expected losses in the midterm elections are yet another obstacle.

The Iranians may have a more difficult time believing in the sustainability of the agreement, as the deal was signed under Democratic President Barack Obama before Republican President Donald Trump withdrew from the deal in 2018. Iranians suspect a future Republican president would do the same thing. President Joe Biden, who has repeatedly insisted he’s running for a second term, faces questions about his mental acuity, historic inflation, and rising crime ahead of November. The next presidential election is slightly more than two years away.

“The Iranians are not sure what they’re gonna get out of a new deal. They don’t think the Biden administration is going to be able to give them sanctions relief in a meaningful way,” Alex Vatanka, an expert with the Middle East Institute, told the Washington Examiner. “And if it means for Iran to sign a new deal with Biden, that is going to be very limited in terms of what it gives Iran, and it’s also going to be limited in terms of time, because they raise — the Iranians are kind of convinced that the Democrats are going to be hammered in the midterm elections, that it might not be a Democratic president in two years’ time.“

With the uncertainty surrounding the stability of a deal past the current administration, Iran has publicly grown closer with another isolated global leader facing Western sanctions: Russia.

Russian President Vladimir Putin traveled to Iran on Tuesday in his first trip outside the former Soviet Union since he ordered the invasion of Ukraine. Putin met with Supreme Leader Ayatollah Ali Khamenei, later with Iranian President Ebrahim Raisi, and then with Turkish President Recep Tayyip Erdogan.

The ayatollah issued his support for Putin’s war in Ukraine, claiming, “In the case of Ukraine, if you had not taken the initiative, the other side would have caused the war with its own initiative.”

“On top of all the uncertainty” of a future U.S. president likely withdrawing from the deal, Vatanka added, “they already have a good relationship with my uncle Vladimir Putin. So they’re saying to themselves, if the world is genuinely going in the direction of becoming divided into two camps, the Americans, the West, versus Russia, China, everybody else, and I think someone like Ayatollah Khameini … is putting his hopes in Iran siding with the Russians, the Chinese, so-called Global South, and [hoping] for the best.”

National Security Council Coordinator John Kirby said on Tuesday that the administration doesn’t have “any indications that the sale has actually occurred.”

Kirby pointed out that Putin’s trip demonstrates his desperation to replenish his military stockpiles and his lack of allies across the globe, while Foundation for the Defense of Democracies Senior Fellow Behnam Ben Taleblu made the opposite point in an interview with the Washington Examiner.

“It should not go understated, here, for the past three decades, it was Iran that was leaning to Russia for military tech and arms. Now, I think this is just a sign of the times of how far the regime’s drone program has advanced that Russia is now leaning to Iran for certain kinds of military capability,” he explained.

There is an expiration date on the deal that “has been on the table for some months now,” State Department spokesperson Ned Price told reporters on Tuesday, adding that it was “negotiated in good faith in exacting detail.”

Price warned that there will be a time when the “deal is no longer in our national security interest” but added that the offer on the table “would once against subject Iran to the most stringent verification and monitoring program ever negotiated” and “would once again put limits on what Iran is in a position to do when it comes to its stockpiles of heavy water and enriched uranium, and that spells out exactly the steps that the United States … would take when it comes to sanctions relief if Iran were to reengage and to resume its compliance with the deal.”

Days earlier, a top aide to Iranian Supreme Leader Ali Khamenei said Iranian facilities “have the technical capabilities to manufacture a nuclear bomb, but we have no decision to do so.”

“In a few days, we were able to enrich uranium up to 60%, and we can easily produce 90% enriched uranium,” said Kamal Kharazi, the head of Iran’s Strategic Council on Foreign Relations.