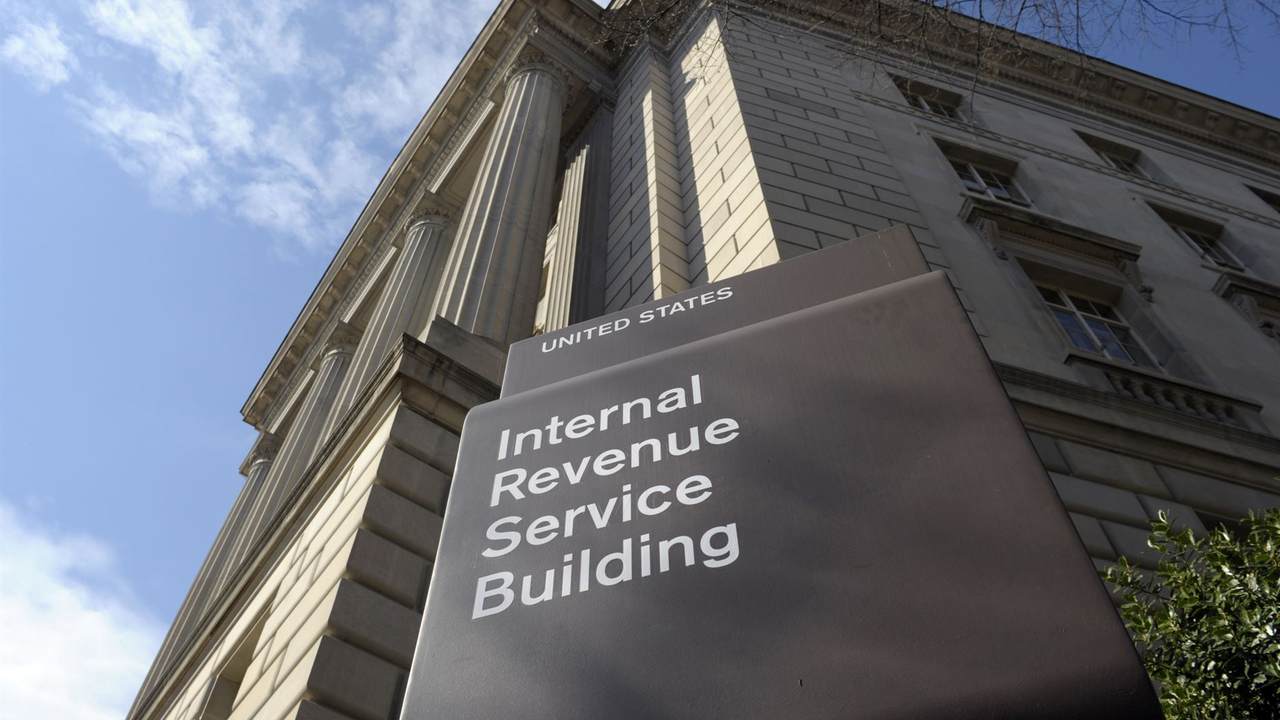 The Democrats’ new reconciliation bill isn’t just going to be the largest-ever expansion of a government agency. It’s going to be the largest expansion of the domestic police state in American history. Only a statist could believe that a federal government, which already collects $4.1 trillion every year — or $12,300 for every citizen — supposedly needs 80 battalions of new IRS cops.

The average American has less reason to be concerned about cops with guns — though the IRS is looking for special agents who can “carry a firearm and be willing to use deadly force, if necessary” — than they do bureaucrats armed with pens who are authorized to sift through their lives. If you pay your taxes you have nothing to worry about, Democrats claim. But most law-abiding citizens know they have something to fear from a state agency that doesn’t concern itself with your due process, has no regard for your privacy and is empowered to target anyone it wants without any genuine oversight.

And, please, spare us this nonsense about the IRS expansion focusing exclusively on “high earners.” White House press secretary Karine Jean-Pierre promised that the IRS wouldn’t engage in new audits of anyone making under $400,000 — a claim she has no authority to make and could not possibly predict even if she did. Connecticut Sen. Chris Murphy also said that the bill was passed to stop an “epidemic of tax cheating amongst the millionaires and billionaires” and promised that “audit rates won’t increase for anyone making under $400K.”

This is a lie. Nothing in the bill that Democrats passed through the Senate limits audits. Murphy, along with every other Democrat in the Senate, voted against a Republican amendment that would have prevented new agents from auditing individuals and small businesses with less than $400,000 of taxable income. Not long ago, Democrats passed the American Rescue Plan Act — which had as much to do with rescuing as the Inflation Reduction Act has to do with reducing inflation — and changed tax code so that mobile payment apps like Venmo and Cash App were now required to report transactions totaling $600 or more per year to the IRS. Does that sound like a party aiming fire exclusively at high-earning Americans?

Indeed, poor and middle-class Americans are far more likely to do their own taxes, and thus more prone to making mistakes. In 2021, those making $25,000 or less (often the young and elderly) were audited at a rate five times higher than everyone else. The wealthier you are the more likely it is that you can hire lawyers and accountants to work within the system. There aren’t enough millionaires and billionaires in the world to keep a potential new 87,000 IRS employees busy.

There are other overlooked aspects of the Democrats’ IRS expansion. The bill, for instance, strengthens the federal public-sector union monopoly that funds Democrats’ political aspirations. IRS and Treasury Department employees spent 353,820 hours engaged in union activism — their PAC gives every cent to the Democrats — in 2019. One can imagine what another 87,000 employees would do for that effort. In the real world, laundering taxpayer funds through unions and using them on political campaigns is called racketeering.

None of this is to say that everyone who works for IRS is corrupt or power-hungry or an ideologue. The unassailable rules of giant bureaucracies, however, are that they always experience mission creep, they always do enough to justify their funding, and sooner or later, their leaders become political operatives.

With that said, it’s worth remembering that the IRS doesn’t simply collect taxes. It enforces speech codes. This is what empowered former IRS official Lois Lerner to target conservative groups — “crazies and “a–holes” — who used words like “Tea Party” or “patriots” in their names. But, even at the time, leftists at The New York Times editorial board praised the IRS for going after conservative groups because they did not “primarily” engage in “social welfare,” and so did not deserve an exemption under Section 501(c)(4) of the tax code. Has anything in the evolution of the Democratic Party given you confidence that such power would not be abused or that an engorged IRS would be immune from political pressure?

Wrestling with an insanely complex tax code — nearly 8 million words — costs Americans billions every year. Rather than flattening and simplifying this astonishingly convoluted code, which not only would have saved citizens but the government money, Democrats decided we needed up to another 87,000 people to enforce it.

David Harsanyi is a senior editor at The Federalist. Harsanyi is a nationally syndicated columnist and author of five books – the most recent, “Eurotrash: Why America Must Reject the Failed Ideas of a Dying Continent.” His work has appeared in National Review, the Wall Street Journal, Washington Post, Reason, New York Post and numerous other publications. Follow him on Twitter @davidharsanyi.