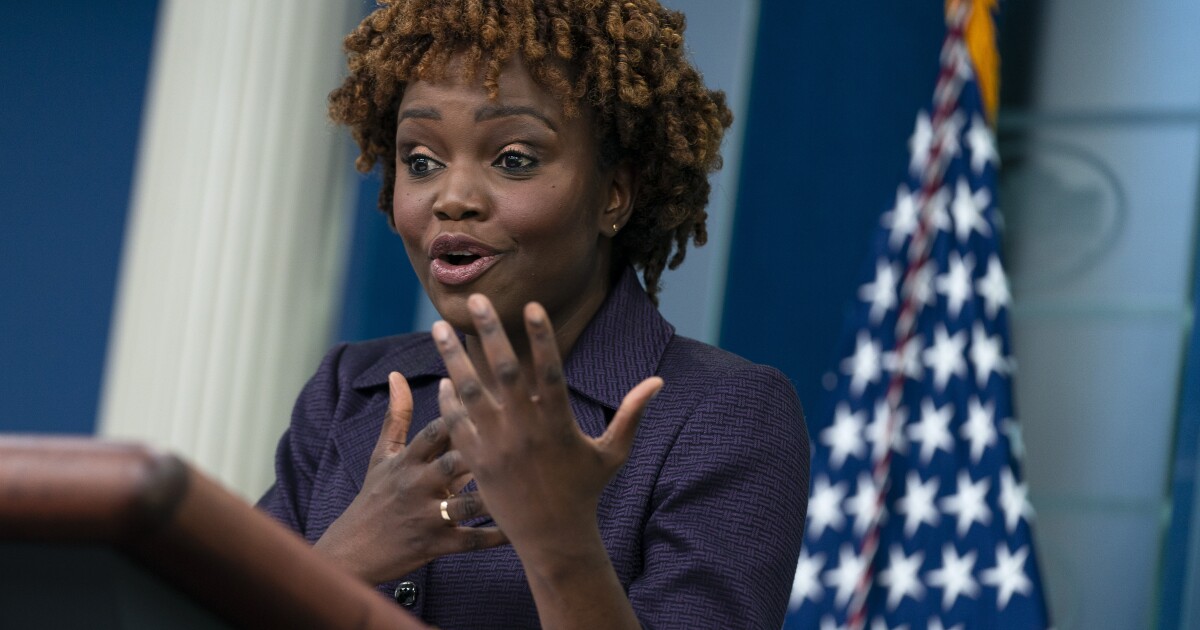 White House press secretary Karine Jean-Pierre snapped at Republican criticism that Democrats are tinkering with the tax code as part of the Senate-passed climate and healthcare spending bill.

“This is just the latest example, again, of those who do nothing to protect tax welfare for the rich at the expense of everything else,” Jean-Pierre told reporters Monday aboard Air Force One en route to Kentucky. “They’re blatant lies.”

Jean-Pierre was adamant that the legislation, branded as the Inflation Reduction Act, would not raise taxes on people making under $400,000 a year, a promise President Joe Biden made during the 2020 campaign.

Republicans have criticized the bill’s $80 billion in extra IRS funding, contending enhanced tax enforcement could disproportionately affect the middle class, who do not have accountants and lawyers to deal with audits.

“Seriously, how out of touch do you have to be to brag about forcing a purely partisan bill through the Senate that raises taxes on the middle class, makes inflation worse, lowers after-tax income for Americans at every income level, decreases economic growth during a recession, and sends an army of IRS enforcers after grandma?” Republican National Committee spokesman Tommy Pigott asked. “Democrats will pay the price in November for raising taxes on families during a recession,” his boss, RNC Chairwoman Ronna McDaniel, added.