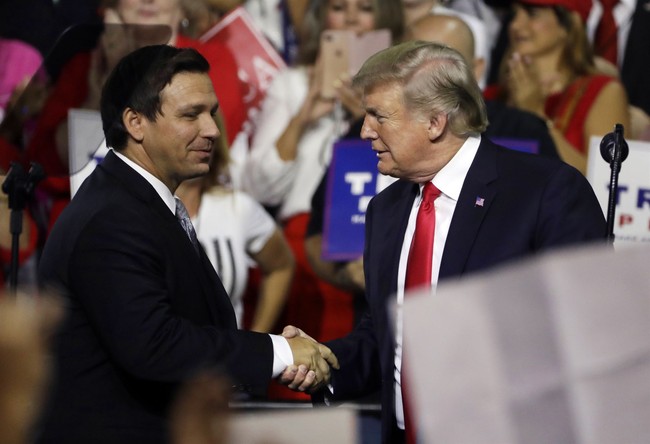 Earlier this week I was able to interview former President Trump for an exclusive one-on-one session for my new primetime news show “O’Connor Tonight on Salem News Channel.” I was struck by Trump’s frequent response to many of my questions… “This never would have happened if I were still president.”

The interview is in two parts… watch them right here.

It was a constant refrain in the interview.

Inflation? “Never would have happened if I were still president.”

Gas prices? “Never would have happened if I were still president.”

OPEC negotiations falling apart? “Never would have happened if I were still president.”

Russia invades Ukraine? “Never would have happened if I were still president.”

It’s an understandable refrain, and one can sympathize with President Trump as he watches so much of what he did well in his four years as president get ripped apart by the bumbling ineptitude of his successor.

But one wonders if this is good enough to win back the White House?

As the midterm elections approach and we engage in the inevitable countdown to victory, holding our collective breath to see exactly how big the House majority will be for Republicans and whether Democrats will no longer rely on Kamala Harris’s tie-breaking vote in the Senate, there’s another countdown everyone in America is anticipating.

We’re watching the days leading up to the inevitable announcement from Donald Trump as to whether or not he will attempt to run for president again in 2024.

Most of the smart money in Washington, DC, is on Trump running for his delayed second term. But one wonders if there’s still an intense decision-making process going on behind the scenes, not just regarding whether President Trump should run or will be able to emerge victorious should he run, but perhaps the larger question the former president and his advisors may be addressing right now is what would be the inevitable purpose of a second Trump term?

When a president runs for reelection while he still holds office, the question to voters is simple: do you want four more years? Now, President Trump must instead run as a quasi-incumbent and, at the same time, an upstart challenger. The message becomes: weren’t things better off when I was in charge?

It can be a powerful argument, but it also has its potential pitfalls. Is it enough to go to the American people and remind them that things were – objectively speaking – much better just two years ago?

Doesn’t President Trump need to not only make the case for his superior policies of the past but make the proactive case for a constructive and effective agenda for our future?

In the final third of our 20-minute interview, I pressed the president on this issue, and he finally detailed a couple of agenda items that he would enact immediately should he be president again. He said he would protect our border and bring us back to the immigration policies that had effectively stopped the influx of illegal crossings until Joe Biden opened the floodgates yet again. He said he would cut taxes, putting more money in the hands of the American people so that they can hopefully combat the stifling inflation that we are suffering under.

Meanwhile, in Florida, you have a real-time example of a chief executive dealing with the here and now.

Governor Ron DeSantis isn’t sitting around waiting for a new president to take charge and set things right. He has to deal with this inept and destructive president and try to navigate his state to greener pastures. And by all objective measures, he is doing just that.

When the Biden Administration tries to force mandates and regulations on the country, DeSantis preempts those efforts with state legislation that would protect Floridians from such maneuvers.

From vaccine passports to vaccine mandates to soft-on-crime Justice Department fiats, DeSantis has resisted every step of the way and steered Florida to safety and prosperity. He’s not just lamenting Biden’s failures, and he’s not pining for four years ago; he’s making a new reality right now for the people lucky enough to live in the free state of Florida.

And he has one more arrow in his quiver that Trump can’t necessarily utilize when looking back at his tenure in the White House. When faced with a very real disaster that left much of his state in rubble, DeSantis responded to Hurricane Ian’s devastation and delivered for the people of Florida.

He demonstrated that he understood how government functions and utilized his energies and leadership to make that government deliver for his people when they needed it most. It wasn’t a lot of talk. It was a lot of action. Demonstrated best by a causeway and bridge that was reduced to rubble floating in the sea that is now reconstructed and fully functioning in just three weeks.

Compare DeSantis’s effectiveness in the wake of Hurricane Ian to the mistakes made during the COVID-19 pandemic; there really is no comparison.

There’s no doubt that Donald Trump is the absolute front-runner for the Republican nomination for president in 2024. And he should be. But in terms of a message for voters, Trump needs to do a little bit more than say, “this would have never happened if I were president, things were better when I was in charge, I was robbed, and I deserve to be back in the White House.”

Those things may be true, but is it enough to win back the White House? Especially compared to a very real example of competent leadership in the state Trump ironically now calls home.