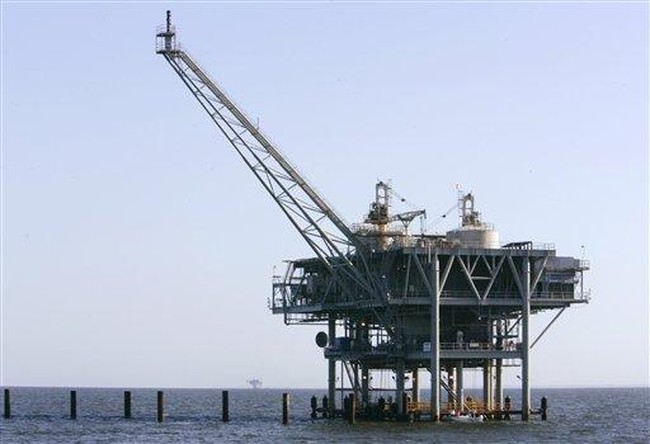 Israel and Lebanon rushed to complete a diplomatic version of a shotgun wedding this week, with the US as matchmaker, which was not even consummated, and there wasn’t even a first dance.

The event took place in the Lebanese village of Naqoura, and in Beirut and Jerusalem where, in parallel, Lebanese President Michel Aoun and Israeli Prime Minister signed the agreement demarking a maritime border, enabling Lebanon to begin exploration for offshore gas in what had been disputed waters.  The deal lays a foundation for what might be lucrative offshore natural gas profits benefitting both countries.

In another diplomatic wedding surprise, there was no hand holding, hand shaking, hugs and kisses, or even any photos of the happy couple or extended families. Unlike a joyous wedding, the event was described as tense because the neighboring countries are still officially at war, and Lebanon is going through a financial crisis that the World Bank calls one of the worst in modern history. This is compounded by Lebanon being virtually controlled by the Iranian-backed terror group, Hezbollah.

Differences as to the significance of the event and agreement were being aired even as the ink was drying.  Prime Minister Lapid proudly asserted that the agreement with Lebanon was de-facto recognition of Israel. “It is not every day that an enemy state recognizes the State of Israel, in a written agreement, in front of the entire international community.”  He is correct.   However, throwing cold water on Lapid’s assertion, President Aoun rejected the claim, noting that “demarcating the southern maritime border is technical work that has no political implications.”

Others toasted support for the agreement from both sides.  Lebanese negotiator and deputy speaker of its parliament, Elias Bou Saab, called it a “new era.”  US mediator, Amos Hochstein noted, “This is not just a great day for Israel and its security, and for Lebanon, it’s for the broader region, in the Middle East, and particularly the Eastern Mediterranean.” This was echoed by President Biden celebrating the “historic” agreement.

Aliza Bin-Noun, political director at Israel’s Foreign Ministry, called it a “fair agreement,” noting potential broader regional implications as precedent setting, with “the ability to advance deals with other countries.”

Director General of Israel’s Ministry of Energy, Lior Schillat said the agreement “serves the interests of the two sides and enables Israel to protect itself. We appreciate the efforts by Lebanon in reaching the agreement. Energy can build ties also between enemy states.”

Not to be left out or flex its muscles, Hezbollah declared that it would end its threats against Israel regarding the extraction of gas from Israel’s own underwater Karish reservoir.  Perhaps it was saving face for a wedding he couldn’t stop, so Hezbollah terror leader Hassan Nasrallah delivered a speech calling the agreement a “great victory for Lebanon.” Nasrallah noted that the deal “is not an international treaty and it is not a recognition of Israel.” Allah forbid.

The lack of formal recognition of Israel by Lebanon meant the agreement was not signed between them but, rather, with the US. It’s reported that the US has provided guarantees to Israel relating to security, and that revenues from the Lebanese gas fields will not go to Hezbollah.

In Israel, criticism of the deal centered around the issue of whether Israel gave up sovereign offshore rights to Lebanon, and the value of US guarantees.   It was reported that even coalition member and Alternate Prime Minister Naftali Bennett ridiculed US security assurances, calling them “worthless.”  A quote attributed to Bennet by unnamed sources noted, “If Hezbollah violates the agreement the US won’t send paratroopers to drop on Naqoura, Israel will need to deal with it using its own forces. Don’t count on guarantees.” Perhaps Bennet was reflecting on Afghanistan.

Why term an agreement between enemy states that does not bring peace, or make an agreement along the land border a shotgun wedding?  Timing was an issue on both sides, with the US rushing it through before the end of President Aoun’s term on October 31, and before the November 1 Israeli national election. Because of the election, the US and Israel had an interest to get things concluded for incumbent Prime Minister Lapid to be able to claim a diplomatic victory, and because nobody knows what will happen after Aoun’s term ends.  However, in the 11th hour of a divisive political campaign, the agreement became a political hot potato with Israeli opposition leaders not only dismissing potential US guarantees, but even terming the deal itself “illegal.”

The deal could also have political legs in the US midterm, with candidates able to point to a Biden administration diplomatic achievement, and others calling it a US sellout and pressuring of Israel and its national and security interests.

The risk of Hezbollah profiting, literally and politically, is very real. All Hezbollah needs to do is complete its takeover of Lebanon, and any money that comes in from gas reserves in the Qana or Sidon reservoirs will effectively be theirs.   Some estimates are that Lebanon now has rights to 25.4 trillion cubic feet of natural gas.

The “wedding” took place in the context of a bigger global problem, the beginning of the first winter since Russia invaded Ukraine, and how that is impacting energy prices and supplies.  While there is no chance the deal will have any impact on energy this winter (unless Israel begins production and exporting gas at a very high rate, fast), it does provide another source for the west to look to and not be dependent on or hijacked by Russia.

In theory, it is in Israel’s interest to have Lebanon be stable and exit its economic crisis. If stability can lead to Lebanon and the Lebanese Armed Forces in any way extricating itself from the terrorist chokehold that Hezbollah has on the country, that would be a good thing.  But it’s only a theory. It could also go the other way. Rather than making Hezbollah irrelevant and unwanted, it could become more powerful, richer, and not even have to rely on Iran. Whatever does happen, Lebanon will not see any short-term quick fix because it will be years before the underwater reservoirs can be explored and drilled. That’s assuming that the projected quantity of gas even pans out.

Meanwhile, Hezbollah will do its utmost to remain relevant, in control, and keeping its estimated 150,000 rockets aimed at Israel for whenever it deems that flexing muscle needs to become terrorist actions.  It will not walk away quietly, even if it had reservations about the nuptials between Israel and Lebanon to begin with.