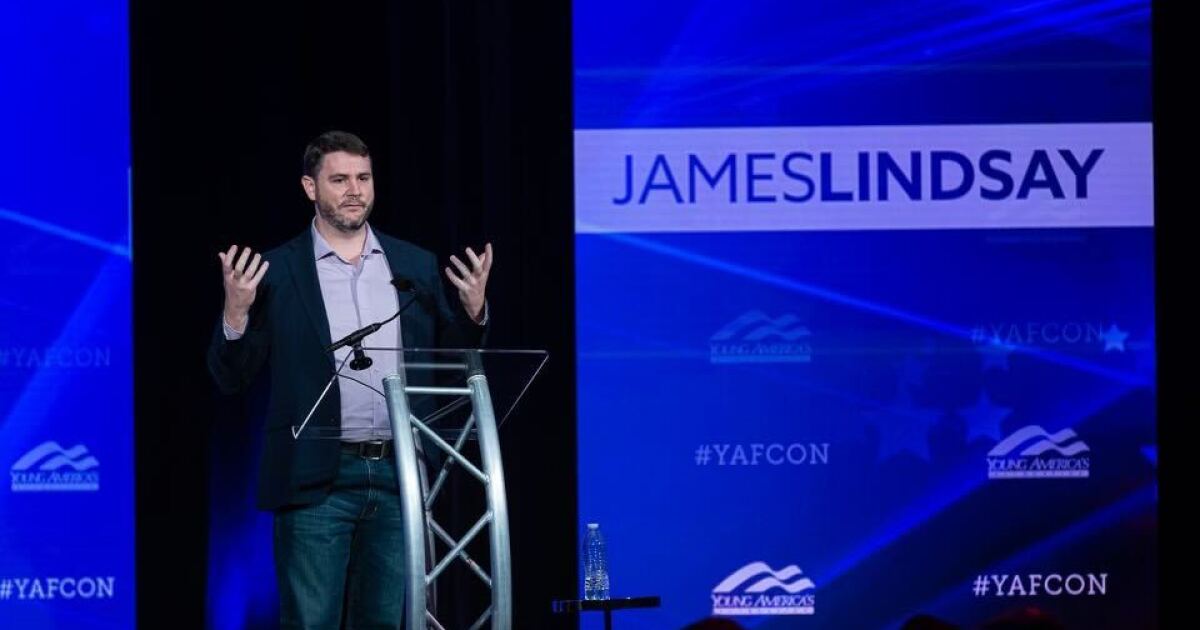 Twitter suspended the account of author James Lindsay on Friday after he replied to a transgender Harvard instructor.

Clinical instructor of cyberlaw Alejandra Caraballo sparked the interaction that warranted Lindsay’s suspension. Lindsay is known for controversial tweets, and Caraballo called him out.

“Your misogynoir is showing,” Caraballo wrote.

“Good riddance,” Caraballo tweeted, along with a screenshot of Lindsay’s now-suspended account. “Tell James, I want him to know it was me.”

“Twitter has inconvenienced me and simultaneously confessed that they have a vested interest in protecting the sexualization of children,” Lindsay said in a statement. “This also suggests the possibility of an untoward relationship between Twitter and Media Matters, which deserves investigation. I’m glad they’ve drawn so much attention to the issue, in any case. It has to stop. We must protect our children.”

Lindsay was temporarily suspended in June for calling another user a “groomer” and in May for retweeting alleged misinformation surrounding COVID-19. Because this was his third strike, the suspension is permanent, and Lindsay will not be able to create a new account.