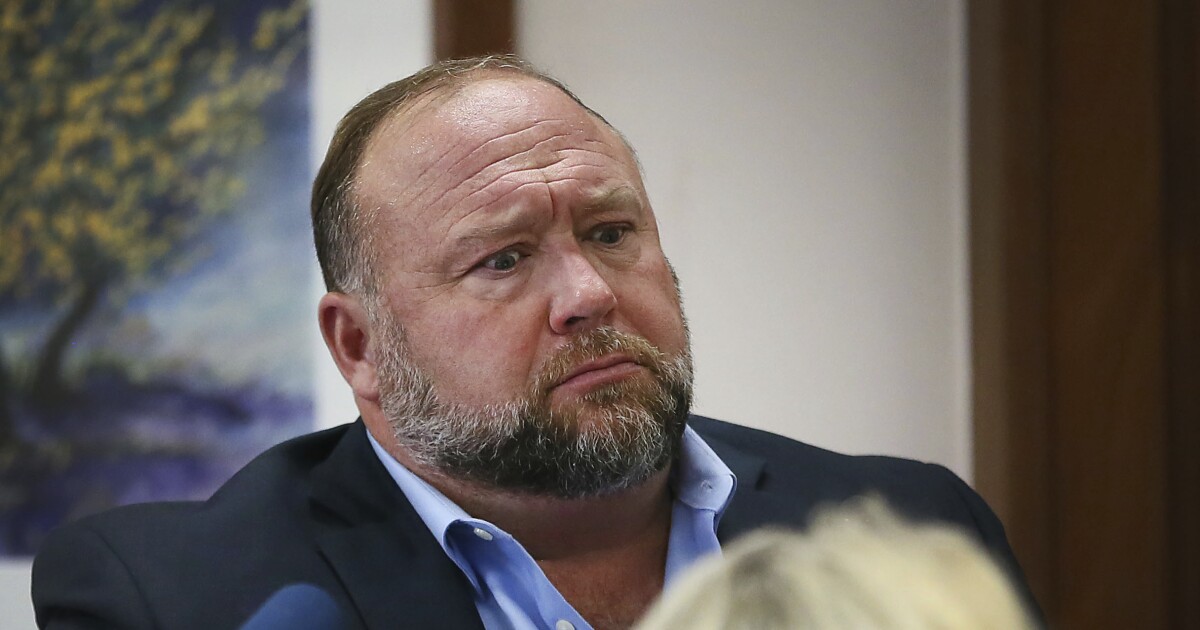 The House Jan. 6 committee is reportedly gearing up to subpoena the batch of text messages and emails from Alex Jones that his lawyer accidentally divulged during the Sandy Hook defamation proceedings Wednesday.

Congressional investigators believe Jones’s communications could inform the sprawling inquiry into the Capitol riot and coinciding efforts to challenge the 2020 election, Rolling Stone reported. The InfoWars host had been active in railing against the election prior to the riot.

Jones had previously been subpoenaed by the panel last November. The panel was seeking information about how some of the rallies about the 2020 election that preceded the Jan. 6 riot were funded and organized.

During a striking exchange in court Wednesday, lawyer Mark Bankston, who is representing the parents of victims of the Sandy Hook school shooting, said Jones’s lawyers “messed up” and sent him a copy of Jones’s phone about 12 days ago. The file contained emails and text messages from Jones dating back at least two years, according to Bankston.

Jones is facing a defamation suit from parents of the shooting victims for spreading conspiracy theories that the 2012 massacre, which left 26 people dead, the majority schoolchildren, was a hoax. They are seeking $150 million in damages. Bankston accused Jones of lying during discovery by claiming he searched his phone and could not find communications mentioning Sandy Hook.

Bankston noted that Jones’s lawyers failed to identify the file that contained a copy of his phone “as privileged or protected in any way.” Jones countered, “I told you the truth. This is your Perry Mason moment. I gave them my phone.”

Jones claims he talked to the panel and had to invoke his Fifth Amendment rights against self-incrimination on several occasions during his appearance, NBC reported.

His ties to Oath Keepers leader Stewart Rhodes have been a point of interest for the committee, Rolling Stone reported. The InfoWars host had Rhodes on his show on multiple occasions. Several members of the Oath Keepers are facing seditious conspiracy charges related to the Capitol riot.

The Washington Examiner reached out to a spokesperson from the Jan. 6 committee for comment.