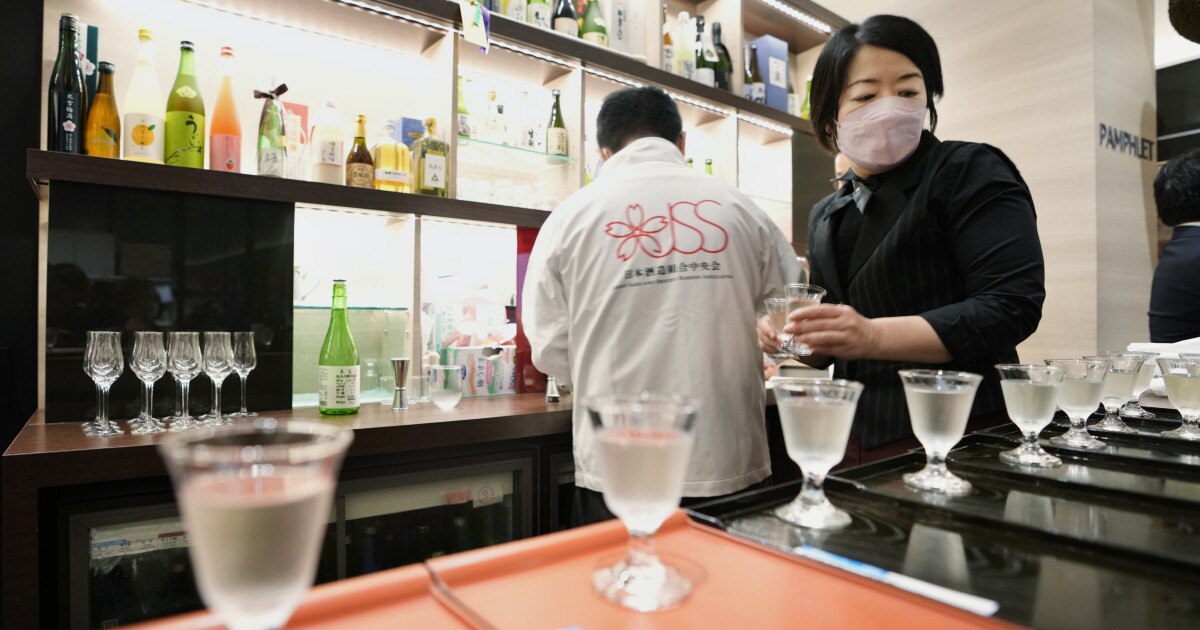 Japan is launching a campaign aimed at encouraging young adults to drink more booze as part of its latest efforts to revive the country’s dying alcohol industry.

The campaign comes as the domestic alcoholic beverage market in Japan has declined over the last two years due to lifestyle changes imposed during the COVID-19 pandemic. As a result, several young adults stopped drinking socially and going out to clubs, and now, they’re hesitant to go back.

CONSUMERS BUSTLE FOR CHEAP BOOZE AND CIGARETTES AMID SOARING INFLATION

In its newly announced project Sake Viva!, Japan is recruiting adults age 20-39 to submit ideas to revitalize the alcohol industry and promote “methods to stimulate demand among young people,” the campaign website reads. The move reverses policies imposed by the government over the last two years as officials discouraged alcohol sales and restricted drinking in public places.

Japan has historically been notorious for an after-work drinking culture, complete with pictures of businessmen, or salarymen, collapsed in the street after a heavy day working and heavy night partying. However, this has changed in recent years due to a declining birthrate and an older population.

As part of the Sake Viva! campaign, applicants are instructed to propose product designs that reflect changing lifestyles and tastes that have become more mainstream amid the pandemic. Additionally, applicants should propose new sales methods that use artificial intelligence, according to the website.

While bar owners have praised the idea, some young adults have pushed back on the campaign, particularly as the country grapples with rising COVID-19 cases once again.

“The media is announcing record Covid cases, while restaurants are like, don’t talk while eating, wear a mask,” Chika Kato, a 27-year-old consultant in Tokyo, told the New York Times. “But the government is at the same time asking us to go all out and drink.”

However, government officials have argued the goal is not to promote overindulgence but instead to encourage drinking “the appropriate amount” while taking “common sense” measures.

“We are in no way promoting excessive drinking among young people,” Ryo Tsukamoto, a spokesman for the agency’s alcohol tax division, told the outlet.

People in Japan drank an average of about 20 gallons of alcohol in 2020, a decrease from the 26-gallon average recorded in 1995, according to government data. The decline in alcohol consumption mirrors other decreases seen worldwide during the pandemic.