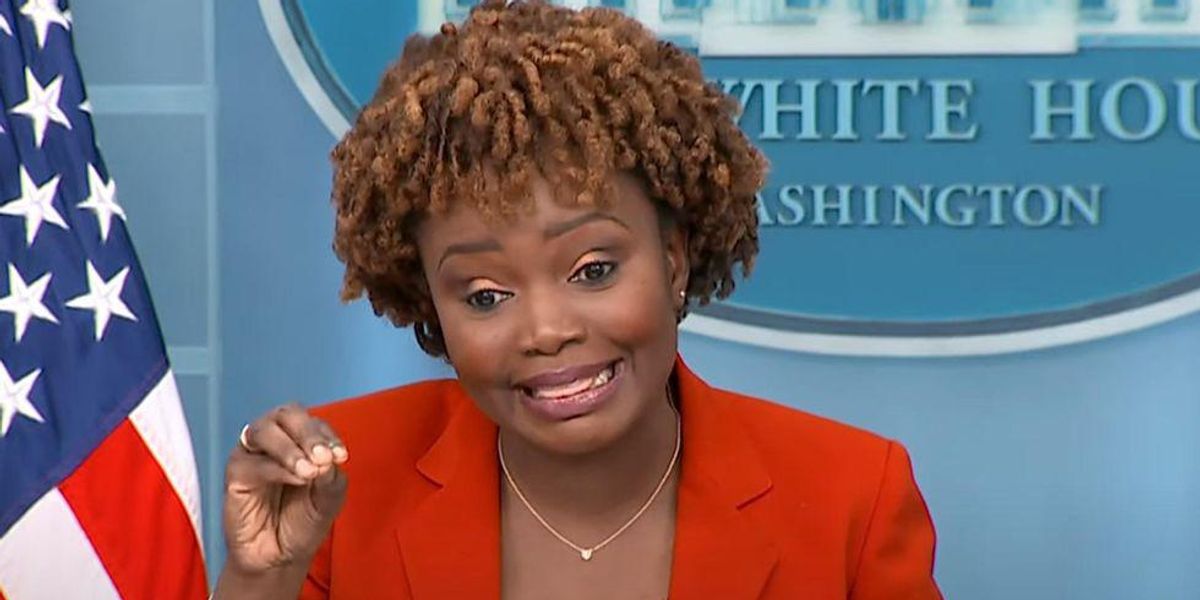 White House press secretary Karine Jean-Pierre faced criticism after she said that the U.S. is “stronger economically” than it has ever been in history.

Jean-Pierre took many questions on the economy, but she made a questionable claim while addressing the high inflation plaguing Americans.

“Do you think it’s possible that your plan just is not popular with the American people right now?” asked Fox News reporter Peter Doocy.

Critics of the administration took them to task for the tone-deaf comment.

“I mean, come on. Inflation is at a 40-year high, gas prices are averaging $5 a gallon nationwide, we still haven’t gotten back all the jobs we lost from the pandemic, and wages several percentage points behind inflation. Biden’s economy is historic, but not the way they’d like,” replied John Cooper of the Heritage Foundation.

“The gaslighting is getting more brazen by the day. There’s zero acknowledgment of your economic pain. They don’t care because they hate you,” responded Monica Crowley.

Jean-Pierre was responding to the news that a vast majority of Americans believe the country is headed in the wrong direction. Democrats are widely believed to be facing catastrophic losses in the upcoming midterm elections.