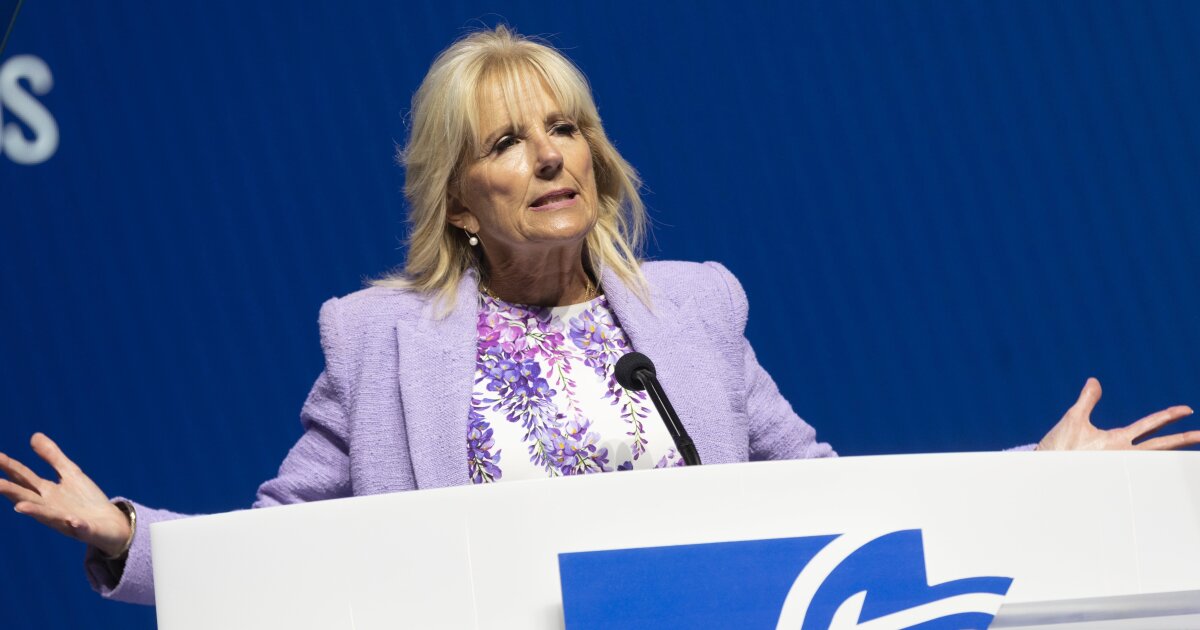 First lady Jill Biden’s approval has fallen to its lowest point since her husband President Joe Biden took office, according to a new poll.

The most recent CNN/SSRS poll, released Monday, showed the first lady’s favorability among U.S. adults dropped 24 points in one year.

The new ratings follow the first lady’s apology for comments she made during an appearance in San Antonio in which she suggested that members of the Hispanic community are as unique as “breakfast tacos.”

The CNN poll was conducted by SSRS among a random sample of 1,459 adults via mail or by phone between June 13 and July 13, with a margin of sampling error of plus or minus 3.3 percentage points. It is the third CNN survey of its kind.