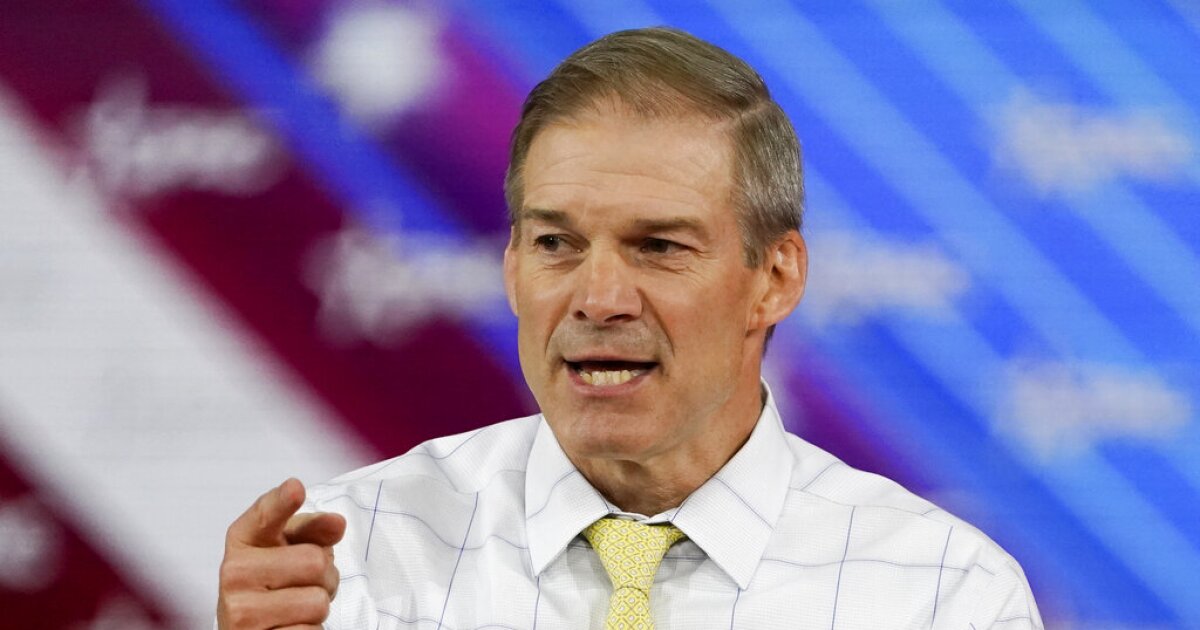 Rep. Jim Jordan (R-OH) does not want to wait for the possibility of a Republican-controlled House to investigate Attorney General Merrick Garland’s approval of the FBI raid of former President Donald Trump’s Mar-a-Lago estate Monday.

Jordan, who is expected to be the chairman of the House Judiciary Committee if Republicans take back the House, told Fox News’s Laura Ingraham that he appreciates House Minority Leader Kevin McCarthy (R-CA) calling for an investigation into Garland’s decision, but said that “we deserve answers now.”

“This Friday, we’re going back to vote on this stupid bill that the Democrats passed out of the Senate [Sunday], so we will be there all day Friday,” Jordan said, referring to the healthcare, tax, and climate spending bill called the Inflation Reduction Act.

Jordan said he wants Garland and FBI Director Christopher Wray to come to the House Judiciary Committee this Friday and respond to questions about the Mar-a-Lago raid.

“What was on the warrant? What were you really doing?” Jordan asked. “What were you looking for? Why not talk to President Trump and have him give the information you’re after?”

“This is unbelievable, and understand the history here,” Jordan said. “One year ago, it was Merrick Garland using the Patriot Act against parents. One day ago, it was 87,000 agents in a bill the Democrats passed to go harass Americans from the IRS. And today, we have the raid of a former president’s home in America?”

“So, heck yeah!” the congressman said. “We deserve answers now. And this Friday would be a good time.”

On Monday night, McCarthy promised that if Republicans took back the majority in the House, they would swiftly launch an investigation.