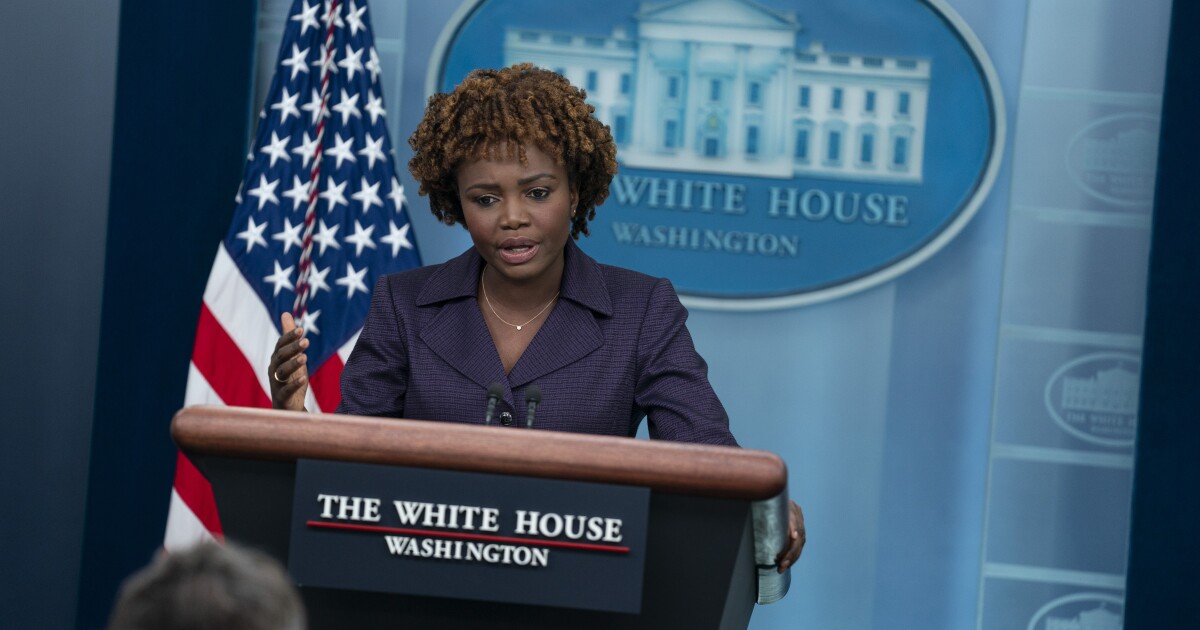 White House press secretary Karine Jean-Pierre pointed to Friday’s July jobs report as evidence that the United States is experiencing an economic “transition” and is not headed for a recession.

Jean-Pierre received a number of questions at Friday’s briefing about the report, which showed nearly 600,000 new jobs being added to the economy over the past month, far outpacing projections.

“The strong labor market is what we’re looking at,” she told reporters when asked if Friday’s report proves “that there won’t be a recession on the horizon.”

“Because of the strong labor market, and that being one of the many economic indicators, shows us that we are not in a recession, that we are in a transition,” she said. “Look, we have to understand that we are in a different place in this world right now than we have ever been. We are coming — we’re in a pandemic, right, dealing with a pandemic. It’s more manageable now, but there’s COVID. There’s a war in Ukraine. All of that all these factors also play into where we are right now plays into the inflation.”

Jean-Pierre claimed the U.S. does not currently have “a normal economy.”

“Secretary [Janet] Yellen did a great job laying that down last week at the Treasury Department and talked about the impacts, the outside impacts, and how that has affected the economy,” she continued. “But because of the work that this president has done, the American Rescue Plan, the Bipartisan Infrastructure Law, and also now the CHIPS Act, this is going to make a difference as well.”

You can watch Friday’s briefing in full below.