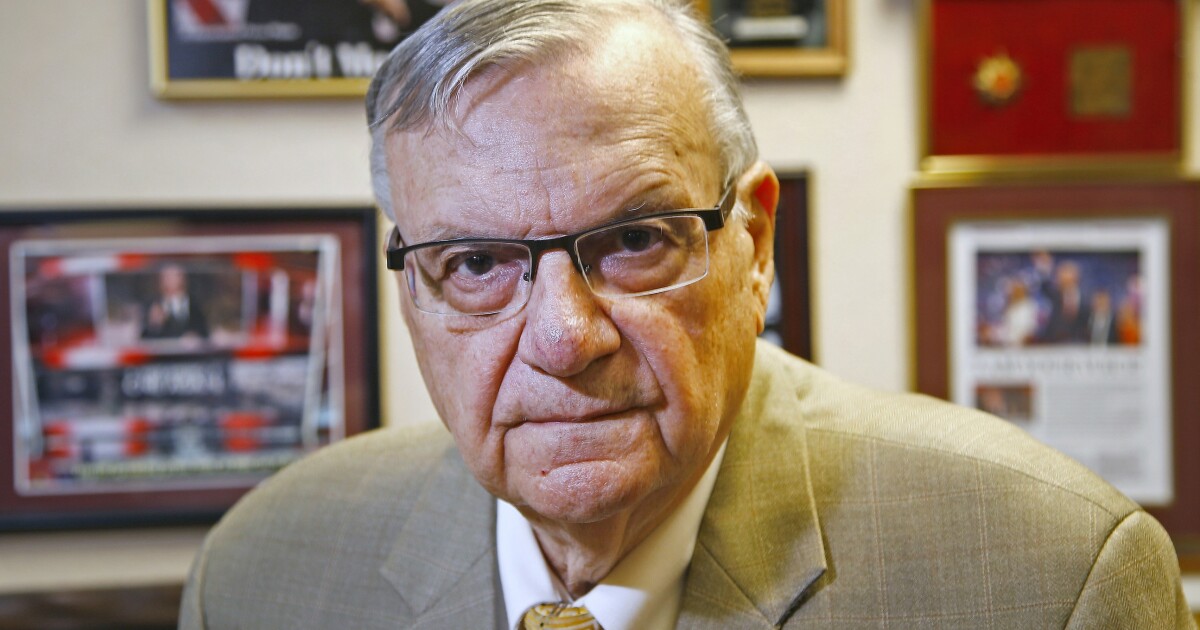 Former Maricopa County Sheriff Joe Arpaio lost a race to become the mayor of Fountain Hills, Arizona, according to the unofficial tally of the election results published Wednesday, marking his third failed attempt to make a comeback in the political arena.

The results showed 90-year-old Arpaio lost by just over 200 votes at 5,207 votes, or 49% of the votes cast. Mayor Ginny Dickey, received 5,420 votes, or 51%. The final results of the election, which were held Aug. 2, was posted Wednesday. The results are set to be canvassed Aug. 15, after which they will become official, according to Fox 10.

Arpaio acknowledged the results in a statement to the Associated Press, stating he would not concede the race, and would discuss challenging the results with a lawyer.

“I am not saying I am going to do it,” Arpaio said of a possible legal challenge. “I’m not a lawyer. I just want a little information. In today’s environment, a large percentage of the people are not happy with the way the (election) system was working.”

Dickey, the incumbent, responded to the results on social media with a quick “thank you!”

Arpaio has lived in the heavily affluent and Republican town of Fountain Hills for over two decades and served as Maricopa County’s sheriff for 24 years, before his defeat in 2016. Arpaio ran for the Republican nomination in the state’s U.S. Senate seat in 2018, but finished in third. Arpaio narrowly lost the Republican primary in efforts to reclaim his old sheriff job in 2020. His bid for mayor was his third attempt at a political comeback.

“I can bring to Fountain Hills one thing: life experience. I worked all over the world, dealt with presidents, on and on. So I have life experience, and I think I have a little common sense,” Arpaio said when he announced his campaign last year. “Why I continue? What do you want me to do? Go fishing? Go golfing? I don’t do anything. My hobby is work. I’ve done that my whole life. I’m not stopping now.”

Arpaio was once known as “America’s Toughest Sheriff,” and made waves when he refused to follow a judge’s order to stop traffic patrols that specifically targeted illegal immigrants. Former President Donald Trump pardoned Arpaio in 2017 after a judge ruled he was guilty of criminal contempt of court.