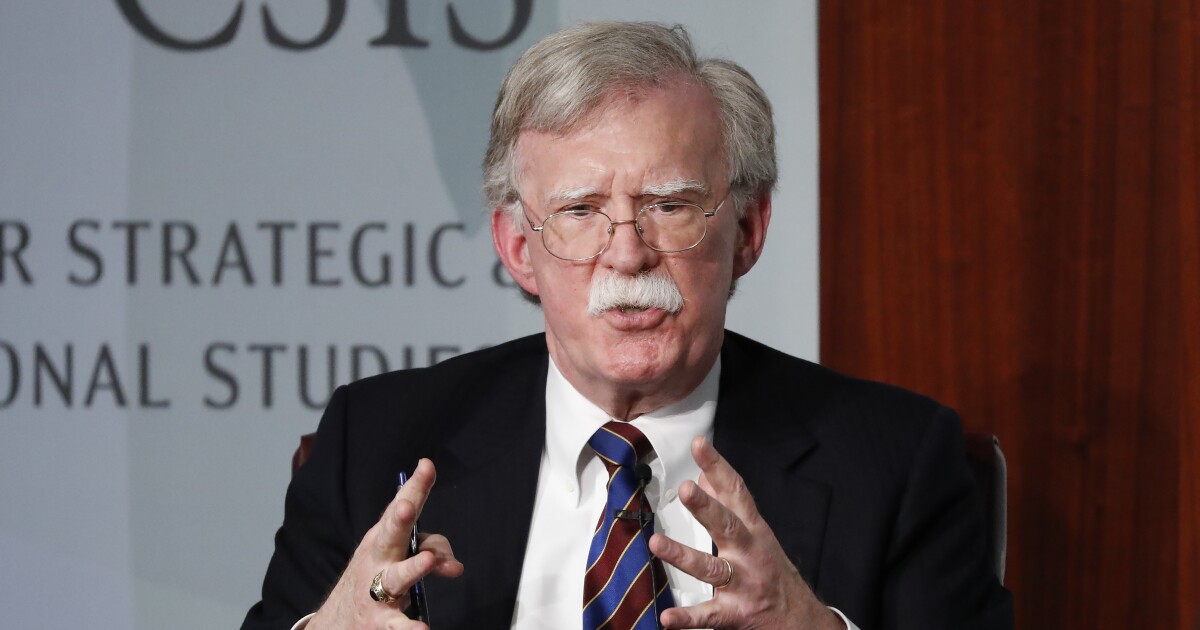 Former national security adviser John Bolton said he was “embarrassed” when he found out how little was being offered to assassinate him.

Bolton took offense after the Justice Department unsealed an indictment Wednesday against Shahram Poursafi, a member of Iran’s Islamic Revolutionary Guard Corps, for plotting to assassinate him. Poursafi is accused of directing and paying residents in the United States to kill Bolton for $300,000, a sum Bolton was expecting to be more, he joked during an appearance on CNN.

“Well, I was embarrassed at the low price. I would’ve thought it would’ve been higher,” Bolton said. “But, you know, I guess maybe it was the exchange rate problem or something.”

Bolton, who said he read the document from the Justice Department “with great interest,” did not see the document before it was unsealed. He had a “general understanding” of the threat, however, before reading it, he said.

Former Secretary of State Mike Pompeo was also revealed to be a target in an alleged assassination plot, with Pompeo apparently being a higher-value target worth $1 million for his assassination, according to Yahoo News. Bolton has not spoken with Pompeo and was not aware that Pompeo was being targeted, he told CNN.

According to an FBI affidavit, the IRGC had attempted to get an assassin in the U.S., and the FBI had also tried to recruit the person in order to have a confidential source. Iran’s alleged desire to assassinate a U.S. official came after the U.S. killing of Qassem Soleimani, the head of the IRGC’s Quds Force, in January 2020, according to suggestions from intelligence assessments.

Last month, Bolton implied on television that he had helped plan coups in other countries, saying that doing so “takes a lot of work.” Bolton did not specify which countries he had been involved in, only mentioning “other places.”