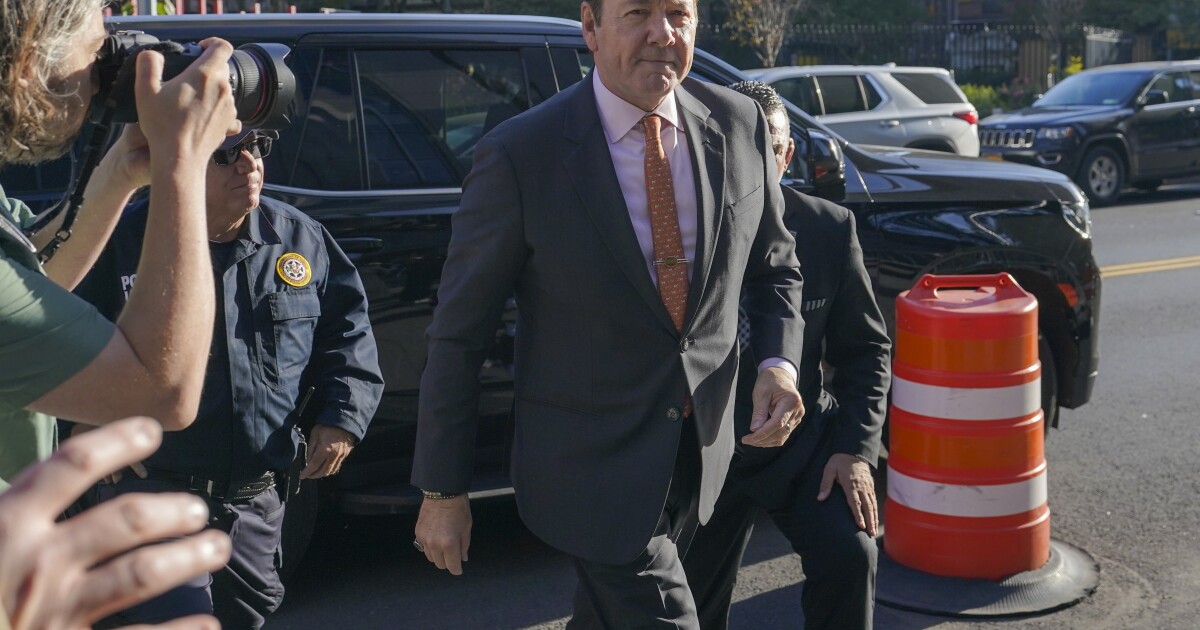 A judge dismissed part of a sexual-misconduct lawsuit lodged by actor Anthony Rapp against Kevin Spacey hours before the House of Cards star gave testimony in the case.

U.S. District Judge Lewis Kaplan nixed the part of the suit alleging intentional infliction of emotional distress, but he allowed Rapp’s assertions of battery to proceed. Rapp has accused Spacey of making unwanted sexual advances toward him at a party in Spacey’s home in 1986 when he was 14 years old and Spacey was 26.

“They are not true,” Spacey testified defiantly of the claims in court Monday, per the Hollywood Reporter. “Everything about what was happening in that house was something I had to keep to myself. We never, ever, talked about it. I have never talked about these things publicly ever.”

Spacey gave testimony shortly after Kaplan tossed out the emotional distress claim, unconvinced by the evidence presented by Rapp’s attorneys. The judge previously dismissed an assault claim in the case back in June.

During his testimony, Spacey recounted how his father was a “white supremacist and neo-Nazi” and that he and his family endured hours of racist diatribes from his father, which prompted him to feel humiliated and terrified when friends came over.

As Spacey’s interest in acting grew, his father “used to yell at me at the idea that I might be gay,” the actor added. Spacey came out publicly as gay after the Rapp allegations first surfaced in 2017.

Rapp was asked during his time on the stand last week whether he had lied about his accusations.

“I have not. It was something that happened to me that was not okay,” Rapp declared, per CNN.

The 50-year-old actor came forward about five years ago, alleging Spacey grabbed him and forced him onto a bed without consent before he was able to free himself and flee. Spacey has denied the allegations. Rapp’s claims came alongside others in 2017 that abruptly derailed Oscar-winning Spacey’s career, which had been booming at the time.

Netflix dropped Spacey from the hit political drama House of Cards after a flurry of allegations emerged against him.

Lawyers for Spacey have tried to highlight discrepancies in the dates Rapp claims he crossed paths with Spacey. Both Spacey and Rapp were appearing in Broadway shows at the time of the alleged 1986 encounter. Rapp was starring in Precious Sons, while Stacey was in Long Day’s Journey into Night.

Spacey is also facing another spate of sexual-assault charges he has denied in a United Kingdom case that is set to head to trial in 2023.