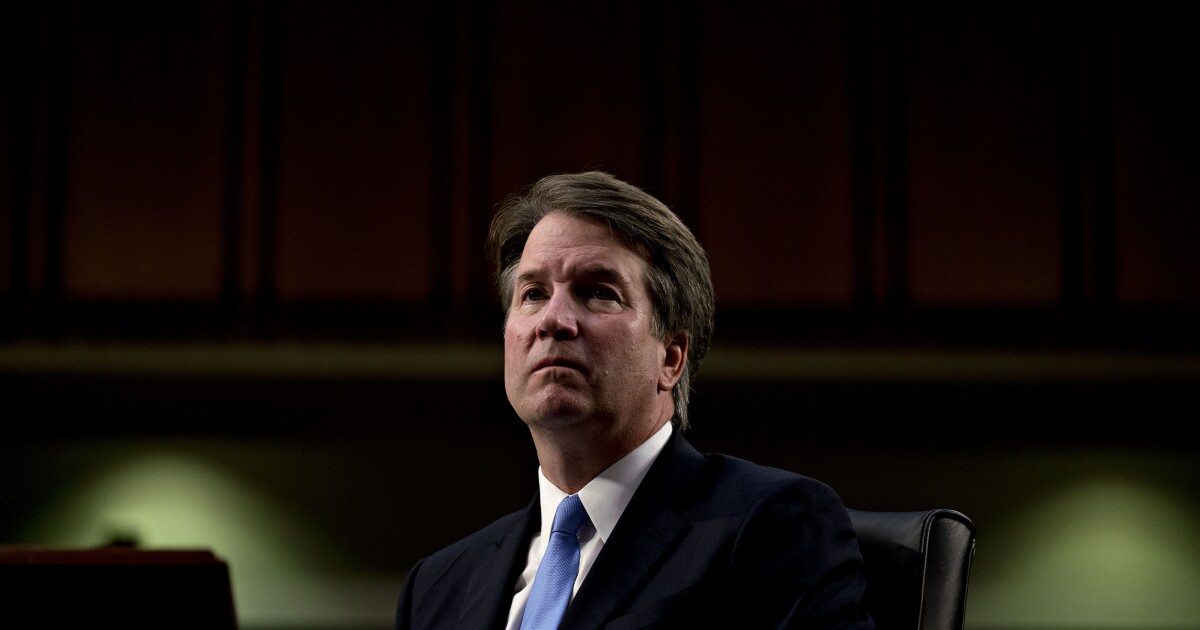 Supreme Court Justice Brett Kavanaugh was forced to exit through a back door while dining in downtown Washington, D.C., Wednesday night after abortion rights protesters showed up.

Kavanaugh was dining at Morton’s The Steakhouse when a group of abortion rights protesters was tipped off while the justice was eating and showed up out front, according to Politico.

“Honorable Supreme Court Justice Kavanaugh and all of our other patrons at the restaurant were unduly harassed by unruly protestors while eating dinner at our Morton’s restaurant,” the restaurant told the outlet. “Politics, regardless of your side or views, should not trample the freedom at play of the right to congregate and eat dinner. There is a time and place for everything. Disturbing the dinner of all of our customers was an act of selfishness and void of decency.”

Kavanaugh reportedly finished his meal but skipped out on dessert before making his exit.

He is one of six justices who sided with overturning Roe v. Wade last month and has been the target of protesters for several months following the leak of a draft opinion signaling the ruling in May.

A California man was arrested outside of Kavanaugh’s home in Chevy Chase, Maryland, last month and told detectives that he wanted to kill the justice, expressing that he was upset over the leak of the draft opinion. Nicholas John Roske, 26, now faces charges of “attempted murder of a Supreme Court Justice.”