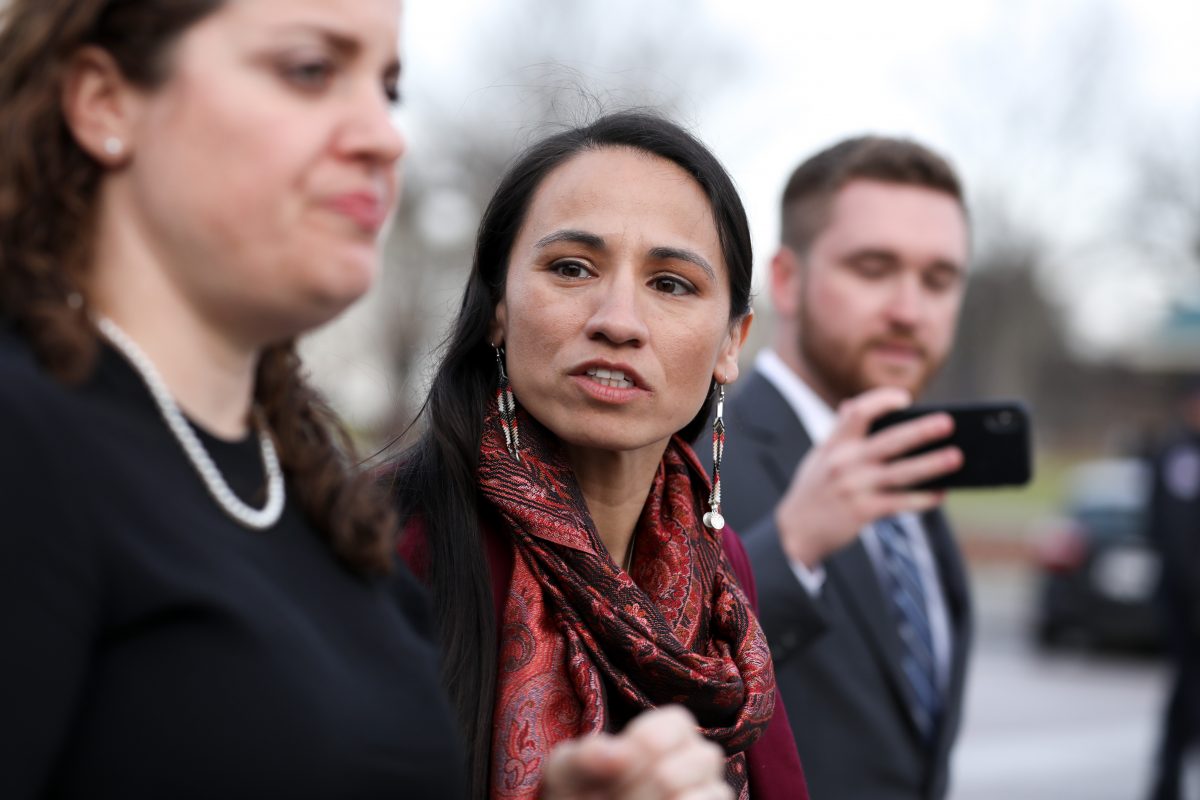 The ‘Value Them Both’ abortion ballot proposition was the dominant issue on Kansas’ otherwise bland Aug. 2 primary ballot, which offered few competitive inter-party races but cleared the decks for several compelling clashes in fall’s general election.

Both blew past nominal opposition in slam-dunk Aug. 2 primary victories and have millions to spend in what is projected to be among the nation’s most compelling governor elections of the 2022 midterms.

The Kelly-Schmidt race is one of 36 gubernatorial elections nationwide this fall. Kelly is among 22 Democratic governors seeking re-election but the only trying to do so in a state that former President Donald Trump won in 2020, garnering 56 percent of the vote.

The Kelly-Schmidt governor’s race is rated a “toss-up” election by the Cook Political Report, Inside Elections with Nathan Gonzales, and Larry Sabato’s Crystal Ball.

Kelly served 14 years in the state Senate, including as assistant minority leader and as minority whip, after a 16-year stint as Kansas Recreation and Park Association executive director. In the 2018 gubernatorial race, she defeated former Kansas Secretary of  State Kris Kobach by 5 percentage points.

Kelly’s campaign reported to the Kansas Secretary of State Office’s Elections Division (KED) on July 25 that it had raised more than $1.5 million between Jan. 1–July 21, spent nearly $2.1 million, and had $1.3 million on hand.

Kelly touts bipartisan achievements in campaign literature, claiming she “has brought together both parties to get things done for Kansas.”

Since assuming office in 2018, Kelly’s campaign states “Kansas has seen a record of over $8.6 billion dollars of investment in new business initiatives and the creation and retention of over 41,000 jobs.”

Schmidt served in the Kansas Senate 2001-11 where he chaired the chamber’s agriculture committee and was Senate majority leader.

If elected, Schmidt said he will “bring common sense and conservative leadership back to Kansas” with a focus on “building a climate of opportunity for all Kansans and protecting traditional values like religious freedom, the rule of law, life, freedom to speak openly, and the Second Amendment.”

All four Kansas congressional incumbents are seeking reelection in 2022. None were challenged in primaries. Three of the four—all Republicans—are expected to breeze to wins in November’s general election against outmatched Democrats.

That leaves Rep. Sharice Davids (D-Kansas) as the state’s only Democrat in Congress and also its most vulnerable U.S. House incumbent in November’s 2022 midterm elections.

Davids, seeking a third term, will take on healthcare IT company executive Amanda Adkins of Overland Park in November in a rematch of their 2020 race the incumbent won by 10 percentage points

Adkins was the only congressional candidate on November’s ballot who needed to win an Aug. 2 primary to earn her party’s nod, which she did handily in breezing by U.S. Army Afghan/Iraq veteran John McCaughrean of Kansas City, a first-time candidate, in their GOP CD 3 primary.

With Adkins now formally on the Nov. 8 ballot, the state’s congressional slate is set.

Rep. Tracey Mann (R-Kansas) is heavily favored to defeat Democrat Jimmy Beard, a Garden City math teacher, in CD 1, which sprawls across 63 central and western Kansas counties and is the nation’s seventh-largest district that does not cover an entire state.

In Kansas CD 2, Rep. Jake LaTurner (R-Kansas) is projected to roll to a second term past Democrat Patrick Schmidt, a former naval intelligence offer, in the general election.

CD 3’s Davids-Adkins rematch will take place in a district different than it was in 2020. The Kansas City-area CD was redrawn in post-2020 Census redistricting by the state’s GOP-dominated legislature, turning what had been a blue stronghold in a sea of red into a purple district Republicans believe they can win.

Through redistricting, rural Miami, and suburban Franklin and Anderson counties have been added to CD 3, which retains red-leaning Johnson County in its entirety but splits deep blue Wyandotte County—essentially, Kansas City—along Interstate 70.

The northern part of Wyandotte County is now in Republican-leaning CD 2, diluting what had been a compact bolt of blue in a red swath.

Twenty individual voters and a voting rights group, Loud Light, filed three lawsuits that were eventually consolidated into one, against the redrawn maps.

On May 18, the Kansas Supreme Court upheld the maps, declining to declare partisan gerrymandering unconstitutional because the state’s Constitution doesn’t address elective districts.

The court, in which five of the seven justices were appointed by Democratic governors, determined elective district mapping to be the exclusive province of the state legislature.

In fact, Kansas CD 3 is among the nation’s top 36 competitive Congressional districts cited by The Cook Political Report, which rates the Davids-Adkins race a “toss-up.”

Before redistricting, The Cook Political Report Partisan Voting Index rated CD 3 as D+1. It has now revised its rating to R+1.

FiveThirtyEight rates the new CD 3 as “highly competitive” with a slight Democratic advantage swinging to Republicans. Its projection, which simulated the race 40,000 times, has Adkins defeating Davids 59-out-of-every-100 simulations.

In the 2020 presidential election, Anderson, Franklin, and Miami counties supported Trump by 68 to 77 percent while 67 percent of voters in Wyandotte County favored Biden. Johnson County, which voted for Trump in 2016, voted for Biden in 2020 by 53 percent.

In her first TV ads that began airing in mid-July, Adkins attacked Democrats for inflation, claiming, “Sharice Davids votes with (Biden) 100% of the time. Just last week, Joe Biden and Sharice Davids’ failing policies were illustrated yet again as the inflation rate reached a new record high of 9.1 percent.”

Adkins states she “is the only candidate in this race who has the courage to stand up to Biden, the needed experience to lower inflation and fix the economy, the strength to advocate for energy security and lower gas prices, and she is the only candidate who will make our community safer by stopping illegal drugs from pouring across the border.”

Adkins will again find Davids prepared to aggressively defend her seat. According to OpenSecrets.org, Davids’ July 13 FEC campaign filing said she had raised nearly $4.7 million — nearly twice her GOP opponent has — spent more than $1.684 million, and had nearly $3,486 million in cash on hand.

Davids is a former mixed martial arts (MMA) professional fighter who graduated from Johnson County Community College and the University of Missouri-Kansas City before earning a law degree from Cornell Law School.

A member of the Ho-Chunk Nation, she worked in economic and community development on Native American reservations for much of her career.

In 2018, Davids and Rep. Deb Harland (D-N.M.), who is now the secretary of the U.S. Department of Interior,became the first two Native American women ever elected to serve in Congress when she upset incumbent Rep. Kevin Yoder (R-Kansas).

Since then, according to her campaign literature, Davids has been “working tirelessly to tackle the issues most important to Kansas families, including strengthening our public schools, lowering the cost of healthcare and prescription drugs, and making sure the government is working for the people—not special interests.”

Davids said that while the newly refashioned district has an injection of GOP voters, Democrats can still win in CD 3 and that she can convince some of those Republican voters that the district is best served by sending her back to Washington.

Davids, in a statement, noted 92 percent of the district remains the same as it was in 2020. “I look forward to introducing myself to the new voters in the Third District, continuing my work to find common ground and tackle the everyday issues facing our community, and showing all Kansans that to me, their voice matters,” she said.

In early July, she began forays into all five counties within CD 3, meeting with voters, members, business owners, farmers. and ranchers. In Miami County, she told voters people “are tired of the division and partisan games, and they want real, independent leadership that gets things done.”

Davids in February called for suspension of the federal government’s 18.4 cents per gallon tax on gas until Jan. 1.

In addition to the federal gas tax holiday, she also urged Congress to investigate alleged price gouging by oil companies, supported release of oil from the Strategic Petroleum Reserve, and backs investing in renewable and alternative fuels.

Adkins called Davids’ gas tax holiday “a gimmick” and “publicity stunt,” noting any reduction in the federal gas tax is “disparaged by transportation groups” because those revenues are key in infrastructure funding.

The deadline in Kansas to register to vote in the Nov. 8 general election is Oct. 18.