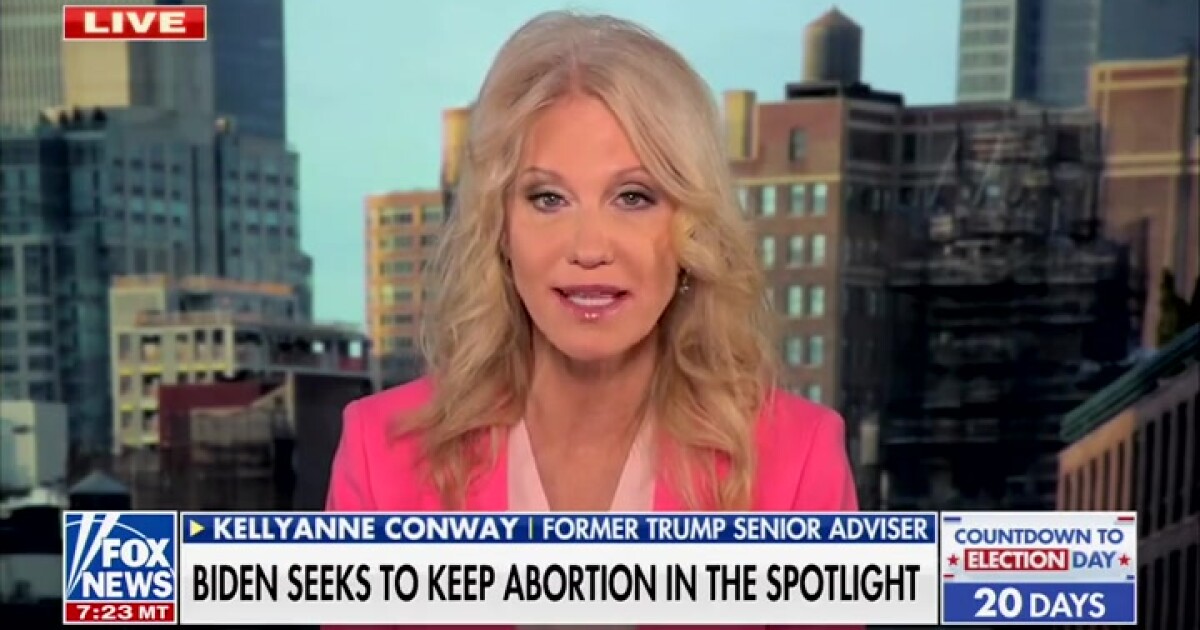 Former senior counselor to President Donald Trump, Kellyanne Conway, said Democrats “don’t have a prayer” in the midterm elections if the gender gap continues to wane.

The veteran pollster reacted to data from the New York Times/Siena College survey, which showed women equally split between voting for Democrats and Republicans.

“If the Democrats don’t have the gender gap among women, they don’t have a prayer on Nov. 8. This could be a very big Republican year,” she explained on Fox News’s America’s Newsroom on Wednesday.

“It is not high in the polls. It faded even in the Google searches. Crime is two times more likely to be searched on Google right now than abortion or Dobbs,” Conway pointed out.

She further warned Democrats that women are not single-issue voters and that homing in on abortion might not end well.

“They’re talking about the wrong issues,” she concluded.

House Speaker Nancy Pelosi has recently cast doubt over polling data showing inflation as the issue most concerning voters, insisting that abortion will overshadow it.

According to Pelosi, “I can tell you that women’s concerns about their freedom are very, very much still very significant in terms of how they will vote.”

President Joe Biden told reporters that abortion and inflation are both important in the midterm elections but wouldn’t clarify which was most significant.