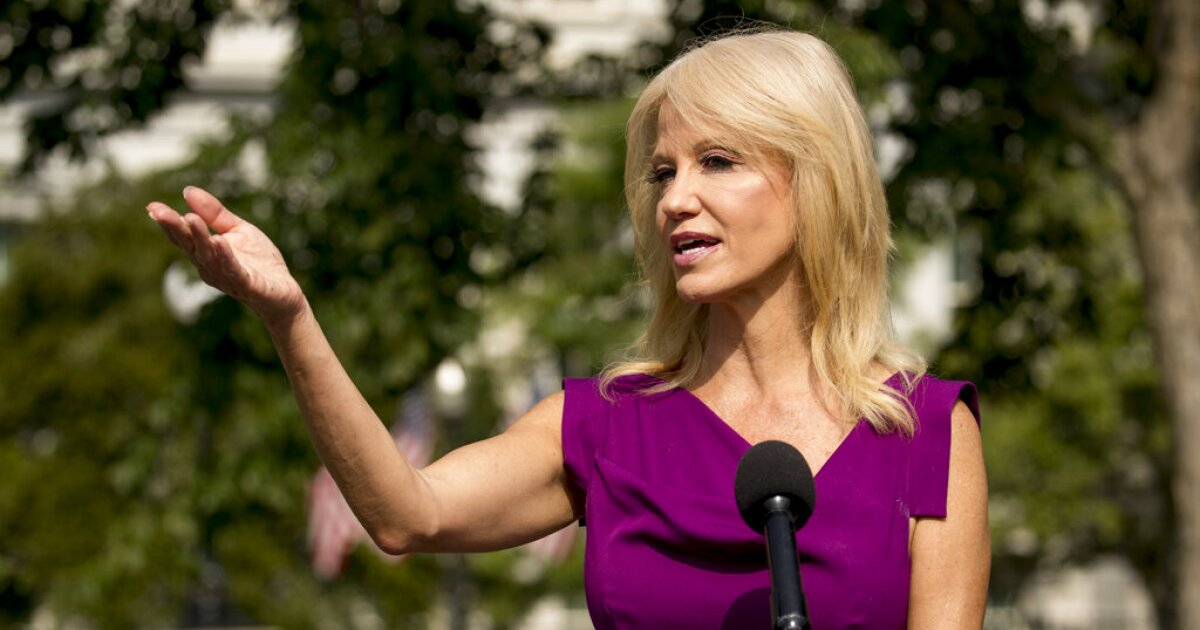 Former President Donald Trump would like to announce he will embark on another campaign for the White House as early as “today,” according to his former campaign manager.

Kellyanne Conway, who led Trump to victory in 2016 and then became his White House counselor, signaled to a 7News reporter that Trump is raring for a rematch against President Joe Biden in 2024, even as Trump faces multiple criminal investigations and a congressional inquiry into his actions in regards to the Capitol riot.

“He would like to. He would like to announce today,” Conway said with a smile, before adding: “Or soon. And part of why he wants to is because he knows he has unfinished business. Another big part is like the vast majority of Americans he has no confidence in the competence of Biden-Harris. They have failed and failed again and again in this country in 18 short months. Reversing energy independence, economic prosperity and peace abroad, it has been one disaster after the next.”

Trump has long flirted with the notion of a 2024 campaign. Previously, Trump signaled he would make a decision after the midterm elections in which he is testing his hold over the Republican Party with a wave of endorsements, but lately there have been signs that he was considering making an announcement sooner. He recently told New York magazine, “Well, in my own mind, I’ve already made that decision, so nothing factors in anymore. In my own mind, I’ve already made that decision,” leaving only the question of when to make a formal declaration as the single remaining “big decision” if an announcement is to be made.

Trump is expected to return to Washington, D.C., on Tuesday for the first time since leaving office in January 2021 to deliver the keynote address for AFPI’s America First Agenda Summit.

Biden defeated Trump by 7 million votes in the popular vote in 2020, but both candidates drew record numbers, receiving roughly 81.2 million and 74.2 million votes, respectively. The Democrat has said he plans to run for reelection. Biden, who is 79, is the oldest person ever to be president. Trump is 76.

To this day, Trump claims the 2020 election was stolen due to widespread fraud and irregularities, claims which were roundly rejected by the courts and election officials.

Other politicians often talked about as top-tier contenders if they choose to run for president include Gov. Gavin Newsom (D-CA), who recent polling indicates would be a stronger candidate than Vice President Kamala Harris, and Gov. Ron DeSantis (R-FL). One reason Trump might announce early is to weed out Republican rivals who might otherwise embark on their own bids for the White House. An announcement in the near future would also come at a time when Biden is facing low poll numbers and dealing with high inflation.