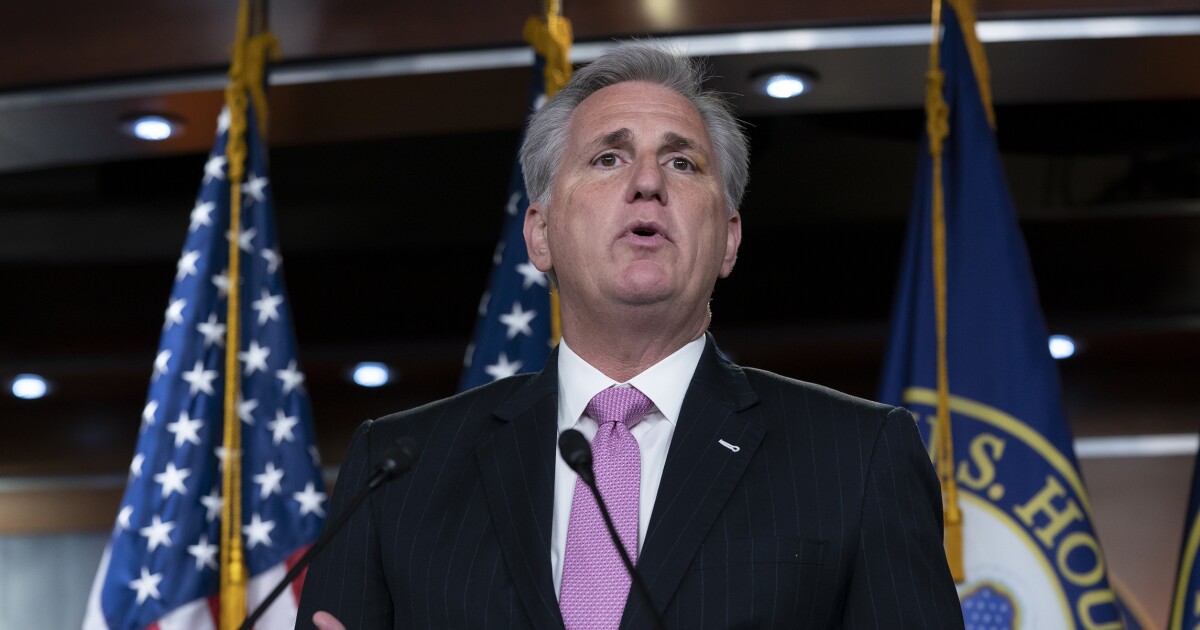 House Minority Leader Kevin McCarthy (R-CA) raised $19.2 million in the second quarter for Republican efforts to win control of Congress, bringing the total he has raised this election cycle to $124 million.

Republicans need to win only five seats this fall to reclaim the House majority in the 435-member chamber.

But McCarthy and his leadership team are shooting for historic gains in the hope of assembling a governing majority that will have the floor votes to process ambitious conservative legislation. To that end, McCarthy, in line to be elected speaker if the GOP wins the House, has transferred $49.7 million of the money he has raised this cycle to the National Republican Congressional Committee.

“Americans are demanding change, and Republicans are now in a position to deliver. I want to thank our supporters from all across the country for their generous assistance in providing the resources needed to take back the House,” McCarthy said in a statement. “We are now less than four months away from electing a Republican House and firing Nancy Pelosi (D-CA) as Speaker.”

McCarthy’s prodigious fundraising for the midterm elections amounts to a record for top House GOP leaders, surpassing even former Republican speakers. The Californian has transferred $5.6 million of the money he has raised in the 2022 cycle to state parties and doled out $12.6 million to vulnerable incumbents and challenger candidates, according to Fox News.

McCarthy, running for reelection in the newly configured 20th Congressional District, anchored in Bakersfield, does not have to worry about Democratic competition at home. His seat as drawn is staunchly Republican.